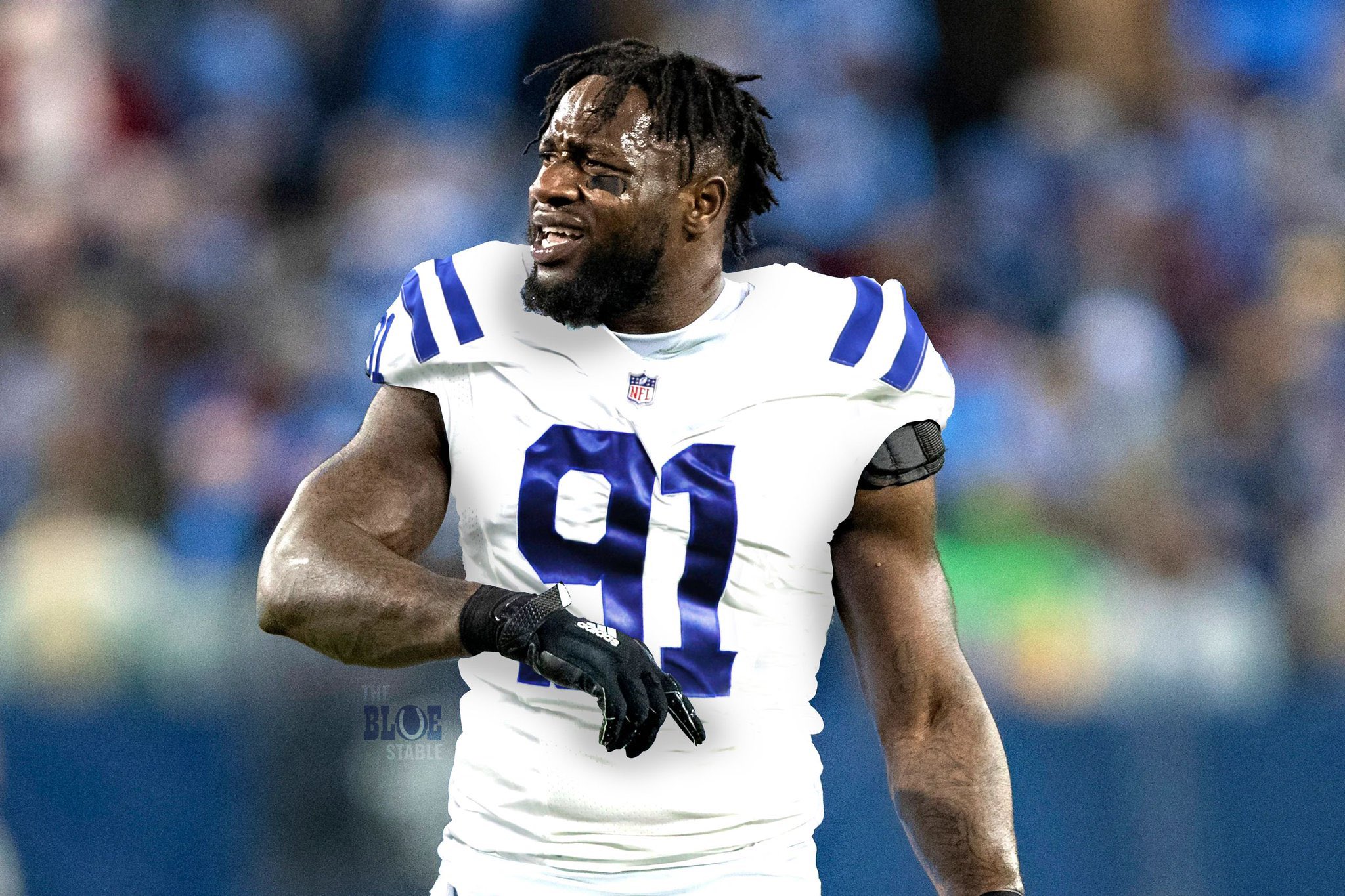 How Good Can the Colts Pass Rush be With Ngakoue? 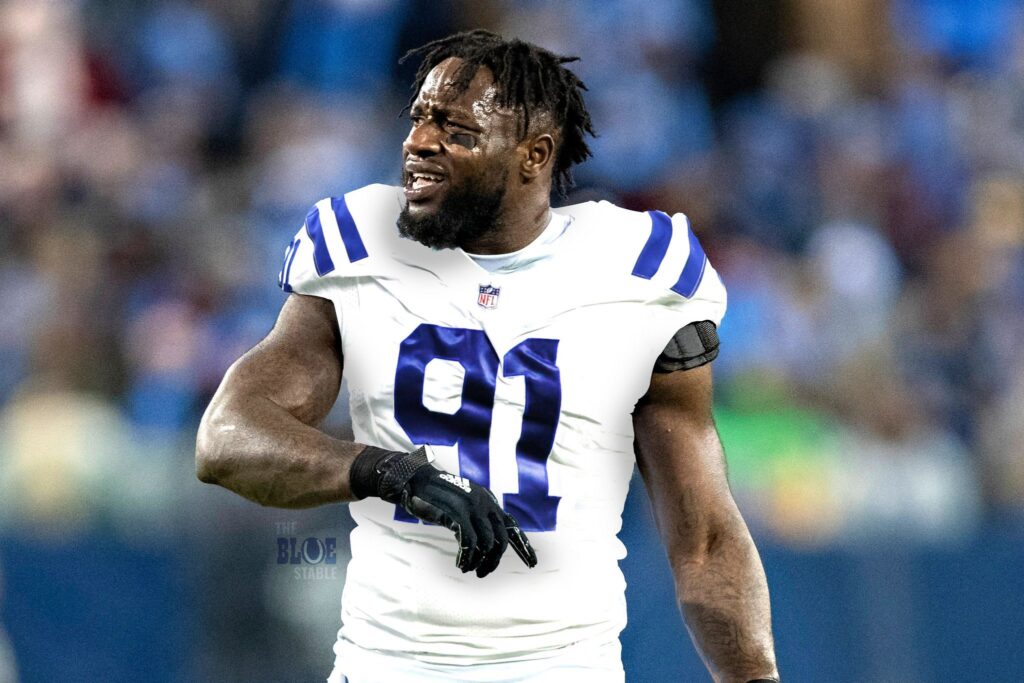 After a typically quiet first few days of free agency, Indianapolis made their move on Wednesday when they traded talented young Cornerback Rock Ya-Sin for star pass rusher Yannick Ngakoue.

It’s a shame to give up Rock Ya-Sin after he developed so well in 2021. However, Ngakoue is an impressive player and we know how important an effective pass rush is, especially when the AFC includes Mahomes, Allen, Burrow, Herbert and now Wilson. Last year’s pass rush for the Colts wasn’t good enough. It ranked in the bottom ten of the league, despite the defence as a whole being top ten. Ngakoue has been recruited to fix this, but how good can the Colts pass rush be with his help?

I wrote in January about how the Colts can improve their pass rush, and many of the things I discussed remain true. Ngakoue should ably fulfil the role I imagined Ogbah or Reddick fulfilling when I was trying to think who Indianapolis might seek to recruit in free agency. 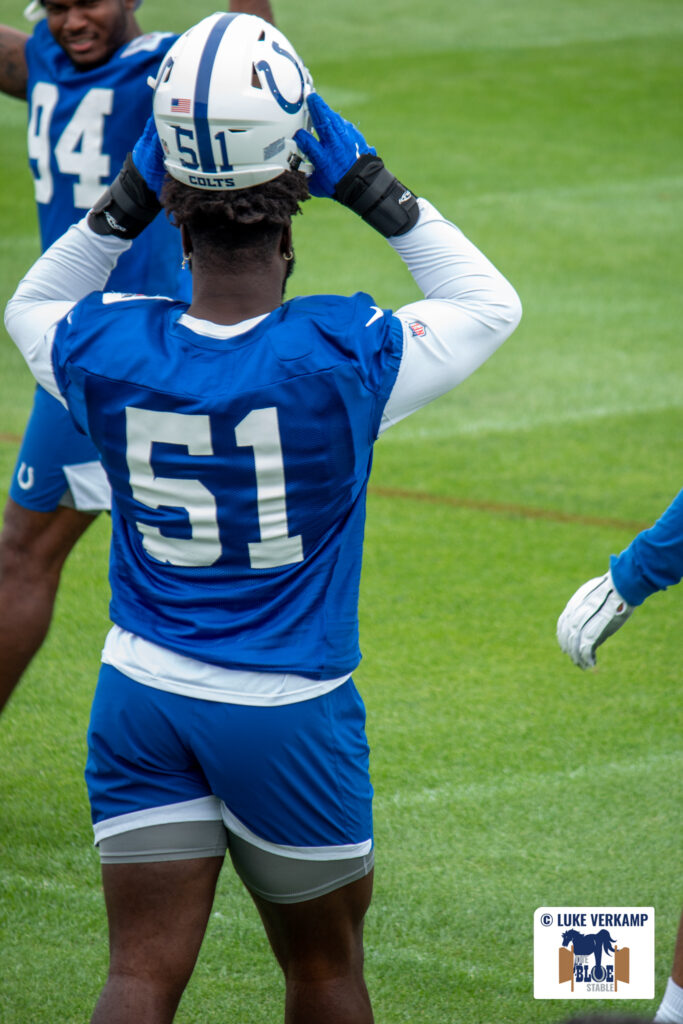 It wasn’t entirely surprising the Colts defensive line took a step back last season. They let a lot of experience in Houston and Autry walk in free agency and draftees Paye and Odeyingbo were never going to immediately achieve their potential. There are high hopes Paye and Odeyingbo can take big second year leaps after promising debut seasons. Indianapolis will also be looking for the defensive line as a whole to improve thanks to the appointments of Bradley and Ollie as Defensive Coordinator and Defensive Line Coach respectively. That will include newly re-signed Tyquan Lewis, as well as fellow 2018 draftee Kemoko Turay if he too gets a new contract.

Those are all reasons why Indianapolis’ defensive front could have taken a step forward without any personnel changes. But like many others, I thought the defensive line needed a veteran free agent acquisition if it is to become the unit the organisation needs it to be. Now we know Ngakoue is that free agent, how good can he be? How good can the Colts pass rush be with him? I should note that aside from resigning players like Turay or acquiring some depth players, I don’t anticipate the Colts doing anything more on their defensive line.

Despite being drafted by the Jacksonville Jaguars back in 2016, Ngakoue is only on the cusp of turning 27. That fits the Colts core of Buckner, Kelly, Nelson and Leonard nicely. Ngakoue has played for many teams in the past few years, but that shouldn’t be too concerning for Colts fans. He was traded by Jacksonville as they got rid of other ‘Sacksonville’ players like Ramsay and Campbell. The Vikings traded him because Hunter got injured and they wanted to cut their losses as they reset their expectations. Whilst the Ravens have a history of letting edge rushers leave and utilising compensatory draft picks. There’s every indication the Raiders would have been happy to keep him had Chris Ballard not come knocking and there’s been no suggestion he’s a negative presence in the locker room.

The good news is Ngakoue has had a productive start to his career despite the many changes of scenery. Ngakoue is one of only three players to have eight or more sacks in each of the last six seasons and one of only five to have at least eight sacks in each of his first six seasons in the NFL. As a result, he’s racked up 55.5 sacks in his career so far. He’s been remarkably consistent in the process, racking up 8,12,9.5,8,8 and 10 sacks respectively so far in his career. In case you had any doubt, Ngakoue can get to the Quarterback. He’s also capable of getting the ball out of the QBs hands, racking up 20 forced fumbles in his career so far. Colts fans have every reason to expect Ngakoue to significantly increase their disappointing sack total and substantially more impressive forced turnovers total. Incidentally, both were 33 last year.

I expect Ngakoue to become the second Colt (the other was Houston in 2019) since 2016 to have a ten-sack season. Or joint-first I should say, as I expect him to help Bucker also reach the 10-sack milestone. Buckner has continued to be one of the best interior defensive linemen in the league (naturally behind Aaron Donald) since being traded in 2020. However, he has been constrained by the double and triple teams he’s faced because of the lack of other great players on the Colts defensive line. A lack of quality teammates allows the opponents offensive line to devote greater resources to blocking Buckner.  There are reasons to believe Kwity Paye will command the attention of offensive linemen, but Ngakoue certainly will. Having Buckner, Ngakoue and Paye (plus Odeyingbo on passing downs) will maximise the opportunities for all three players to get to the QB. I look forward to seeing how Bradley schemes his defence to get the best out of all three. With all this in mind, there’s every reason the Colts pass rush could be one of the better units in 2022. It could even be top ten rather than bottom ten next year. 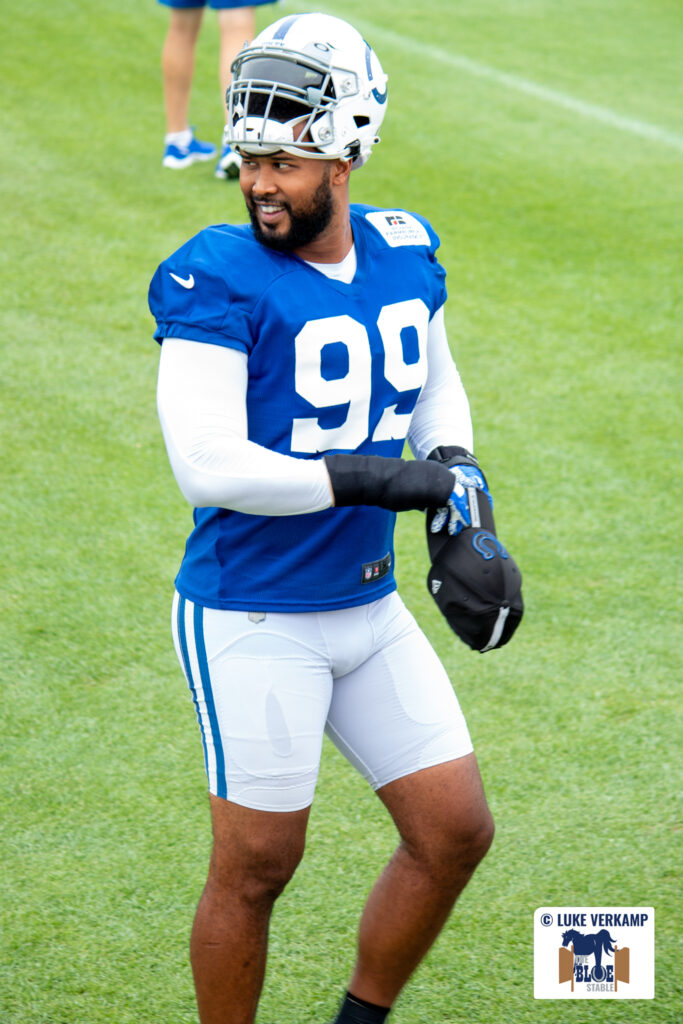 A significantly improved pass rush will do wonders for the rest of the Colts defence. There were some dark moments for the defence last year and the yards they gave up was certainly frustrating. But overall the defence did well to get so many turnovers and be one of the better defences in the league given their under par pass rush. A better defensive line will give Indianapolis a chance to hit the ambitious target of 40 takeaways they set themselves last season. Darius Leonard will fancy his chances of adding more interceptions to the many fumbles he forced last year. Whilst even without Ya-Sin, the likes of Moore and Blackmon are very capable of picking off opposing QBs when they don’t have much time in the pocket. Make no mistake, Yannick Ngakoue should help the Colts at every level of their defence.

We know all too well how difficult it is to find that long-term answer at Quarterback and it doesn’t look like Indianapolis have found their answer yet. Until you find that player, you can at least focus on getting to the opposition’s Quarterback. With the trade for Ngakoue, the Colts look much better placed to do that.