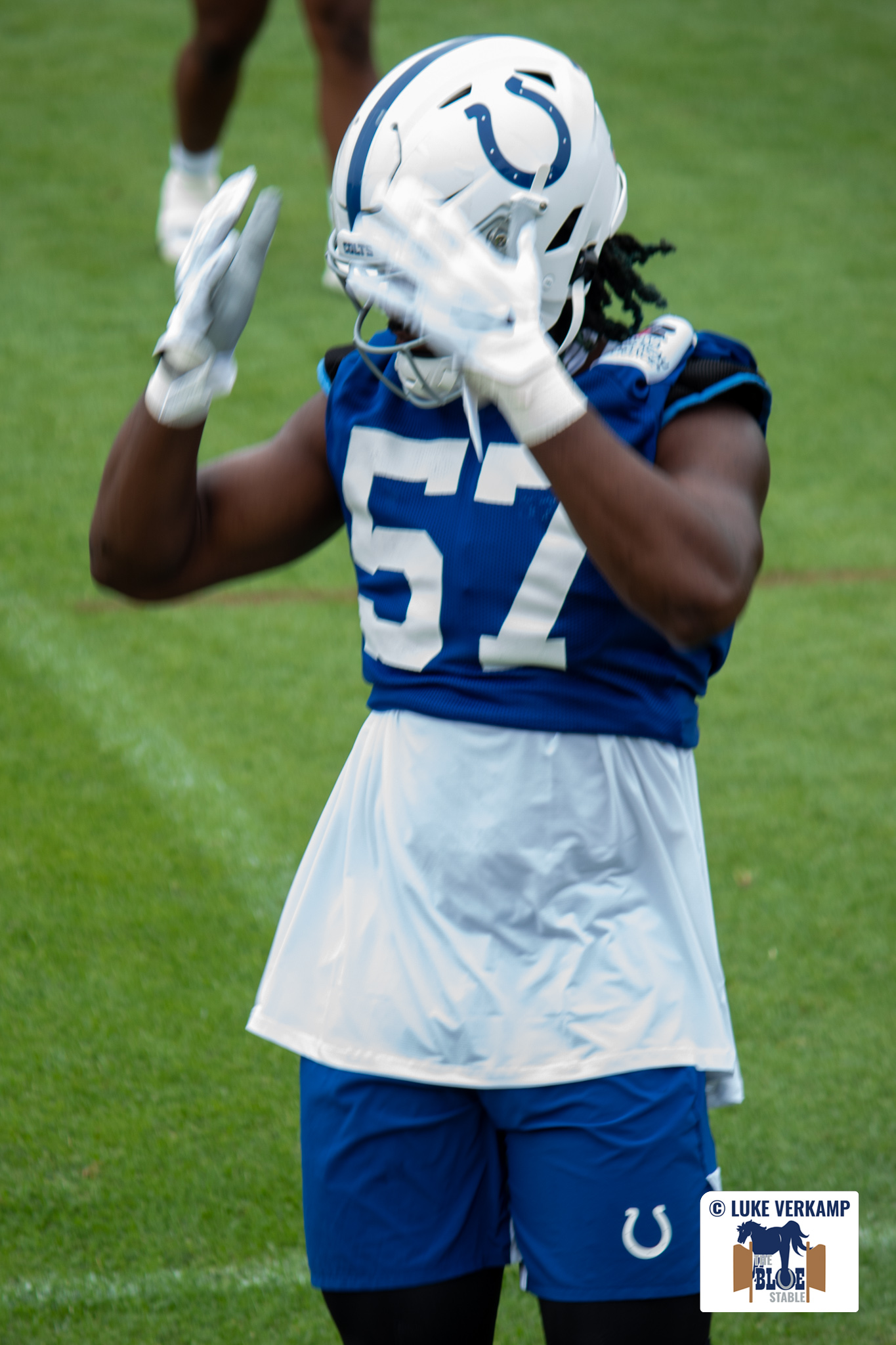 Kemoko Turay is Hunting for his Opportunity

By SebastianBenchMarch 28, 2022No Comments
Embed from Getty Images
Kemoko Turay is facing free agency for the first time, having been drafted by the Colts in the 2nd round in 2018. His interview with my colleagues Destin Adams and Michael Pevia was interrupted by a wild Al-Quadin Muhammad appearing. Muhammad has joined former Indianapolis Defensive Coordinator Matt Eberflus in Chicago, whilst Turay’s fellow 2018 draftee Tyquan Lewis has been given a new one-year contract. It’s a time of uncertainty, for Turay but he’s taking it in his stride.

Many Colts fans, myself included would love to see Turay re-signed by the Colts. The Lewis deal seems like a good blueprint. Turay hopes the Colts give him another shot, but his message to any team interested in him is to give him an opportunity.

Turay says that whichever team signs him will get the “Kemoko from 2019, or better.” As he noted the experience he’s gained since 2019. That season was cruelly cut short by an injury that dogged him for two years.

Turay says “last year was the best I ever felt.” He highlighted the personal best 5.5 sacks he achieved last year despite only playing 20% of the snaps as an example of what he can do when healthy and given the opportunity.

Turay is diplomatic, but there is a sense that Turay is disappointed with how little playing time he was granted last season and is hoping for a bigger role wherever he plays next season. Turay doesn’t criticize Eberflus directly, but the glowing comments he has for the new Defensive Coordinator suggest he hopes he’ll be given a bigger role if he does re-sign with Indianapolis. We know that coaches have particular players they rate highly and it is notable that Muhammad has joined Eberflus in Chicago, whilst no similar offer appears to have been extended to Turay.

Turay says the Colts have picked up the right Defensive Coordinator in Bradley, saying he did a “phenomenal job with the front four” with the Raiders. Turay is hopeful Bradley’s appointment will help the defensive line get after the Quarterback. As a player who makes a point to describe himself as a pass rusher, not a defensive end, that means a lot to Turay.

Turay is also complimentary about new Defensive Line Coach Nate Ollie. he describes Ollie as the young, energized, high motor guy the Colts need. He also says Ollie will be good for the development of the younger players. That’s an important factor for a team that has Kwity Paye and Dayo Odeyingbo on their defensive line.

Embed from Getty Images
Turay spoke of the importance of rotating players on the defensive line to make sure everyone is fresh and the value of giving everyone the opportunity to “ball out.” This speaks to Turay’s desire to play more snaps and be given more opportunities in 2022. It also fits with the emphasis Chris Ballard has put on needing eight to ten defensive linemen.

At this stage, Ngakoue, Stewart, Buckner, and Paye would appear to be the Colts starting defensive line. With Odeyingbo likely replacing Stewart for clear passing downs and getting his fair share of snaps on the edge. Lewis, Turay, and a player like Stallworth would go a long way to providing the depth on the defensive line Ballard is looking for. Ben Banogu is also under contract for another year, but given his lack of playing time, his future appears uncertain.

The Colts’ pass rush wasn’t good enough last year. But with Paye and Odeyingbo entering their second seasons and Ngakoue joining the defensive line, there are hopes it can take a big step forward in 2022. Turay is full of praise for Ngakoue, saying “he’s a sensational player.” Colts fans will be hoping Turay is right and many of them will be hoping Turay has the chance to play with Ngakoue next season.

Embed from Getty Images
If Turay does re-sign with Indianapolis, he’ll be reunited with two of the teammates he’s praised most in DeForest Buckner and Grover Stewart (the third was former teammate Justin Houston). Although Turay credits mentor, Colts legend, and notorious Quarterback hater Robert Mathis as having the biggest impact on his development. “Robert Mathis added so much to my game” and “he’s really been a big inspiration into my life.”

We could be about to witness the best defensive line in Indianapolis since the glory days of Mathis and Freeney. Kemoko Turay hopes he’ll be given the opportunity to be a part of it. Many Colts fans want to see him get that opportunity too.