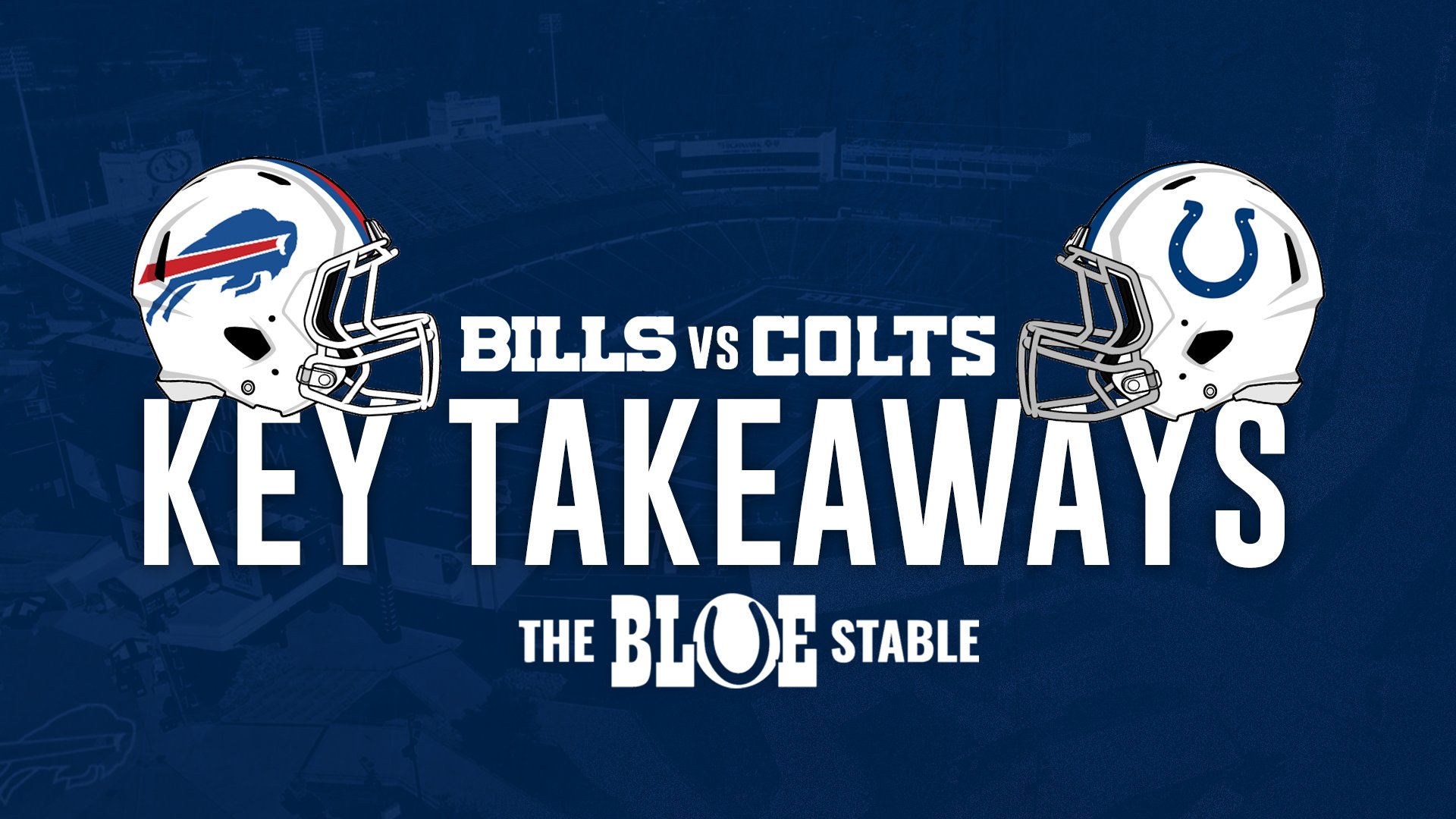 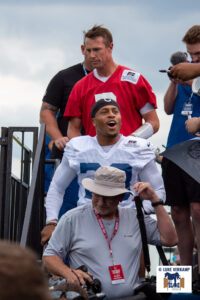 It may only be preseason, but it’s good to have the Colts playing football once more. Indianapolis may have fallen to a narrow loss following a last-second Buffalo field goal, but it’s not the result that matters most in the preseason. So, what did we learn from the Colts’ first preseason game?

The main takeaway from the game was the takeaways. The Colts defense looked good as it secured five turnovers. It’s particularly encouraging that the turnovers and strong performances came from all three levels of the defense and included both starters and backups.

It was noted by many a Blue Stable writer how well Cross played, particularly at the start of the game. Whilst it’s important not to overreact to anything that happens during the preseason, it’s always encouraging when such a talented, young, and athletic player shows promise in their first preseason game.

However, it was veteran Rodney McLeod who got the first turnover for Indianapolis, claiming an interception off a tipped pass.

Rodney McLeod with the pick ‼️

That was followed by a fumble recovered by Isaiah Rodgers. Both Okereke and Blackmon were involved in forcing the fumble, but Blackmon got the credit. The second fumble was claimed by Curtis Brooks after a strip sack from Kameron Cline, before Rodgers claimed his second takeaway with an interception. The Colts fifth turnover and third interception came courtesy of UDFA Sterling Weatherford, a player many Colts fans (this writer included) had high hopes for after his signing.

I don’t wish to provide a poor imitation of the game’s live blog by listing all the players involved in the turnovers. Instead, I hope it illustrates how many different Colts defenders in different positions made players to impact the game, including several promising young players. Rodgers performance was good enough to earn him the Reliable Player of the Game award.

Unfortunately for Indianapolis, the offense was more of a mixed picture. The biggest concern comes from Matt Pryor’s struggles at Left Tackle. Colts fans don’t need to be reminded of the struggles of Sam Tevi and Julie’n Davenport at LT in last year’s preseason. Pryor will have plenty more opportunities this preseason to prove he should be the Colts’ LT1 when the regular season rolls around. But Frank Reich and Chris Strausser will be looking for improvements to prevent any sleepless nights.

On the other hand, rookie LT Bernhard Raimann performed well in his first preseason game. I wrote last month about who was likely to win the battle between Pryor and Raimann to be the team’s starter come week one. I still think Pryor should be considered the favourite, given his experience in the league. But if Raimann continues to impress in preseason, he may make the starting position his own sooner than I expected.

Elsewhere on the offense, it was an encouraging day for the Colts’ quarterbacks. Reich was said to be pleased with the performances of both Matt Ryan and Nick Foles. Foles’ day at the office included a touchdown to Ty’Son Williams towards the end of the first half.

The best Colts QB performance, however, was from second-year QB Sam Ehlinger. Ehlinger threw two touchdowns, one to Jelani Woods and Michael Jacobson, respectively. Both touchdowns came after Ehlinger scrambled to buy himself more time. The performance will have put Ehlinger firmly above Jack Coan in the depth chart and give Reich and Brady confidence Ehlinger has developed since his rookie season. I just don’t think they’ll be regretting their decision to sign Foles as the backup QB just yet.

My colleague Jack Guiley wrote this week about the matchups he was most intrigued by in this first preseason game. We didn’t see Von Miller, but the Bills’ pass rush won their matchup against Matt Pryor. Kaiir Elam probably won his matchup against Alec Pierce, but that’s largely based on one pass breakup from Elam.

On a more positive note, the Colts’ young linebackers certainly won their matchup. They played their part in the Colts’ turnovers and successfully restricted Buffalo’s ground game. Isaiah McKenzie vs. Kenny Moore II should probably be considered a draw as it didn’t appear to be a significant battle within the game. 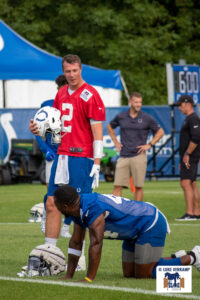 As discussed by another colleague, Destin, one of the biggest topics of discussion this week was Reich’s decision to give significant game time to the starters. It’s been widely assumed the decision is an attempt to finally end Indianapolis’ run of losing in week one and losing to the Jaguars away (week two). The decision sparked fear amongst fans a starter would sustain an injury.

We’ll only truly know whether giving starters preseason game time has helped Indianapolis win their first two games by the time the team is preparing for week three. However, if the Colts can beat the Texans and Jaguars, the gamble may well have paid off.

For the time being, the fears of injuries may have been unfounded. There were knocks to Facyson and Rodgers, who will battle it out for the outside CB2 starting position this year. At this stage, it doesn’t appear either are long-term or serious injuries. Crucially, the team avoided the kind of injury scare Jets fans have endured with Zach Wilson this week.

Frank Reich said the plan is to not play Jonathan Taylor in any of the preseason games this year.

No starters will play next week due to the joint practices with the Lions.

We know Jonathan Taylor won’t play this preseason, which is encouraging news given the propensity of running back injuries in the NFL and the long-term wear and tear of high usage on great RBs in the NFL over the past decade. Taylor’s absence should give Phillip Lindsay and the UDFA running backs the opportunity to make their case for a roster spot. Lindsay should be considered the favourite to win the battle, given he has a 1,000-yard rushing season on his record, but the UDFAs have an opportunity to claim the roster spot.

With no starters expected to play against Detroit next week, it should be a good opportunity for rookies and depth players across the team to make their mark and leave a strong impression on Reich and Ballard. I’m also interested in seeing how the Colts’ new and improved defensive line performs in joint practices with a talented Lions offensive line.

What areas will you be following closely at joint practices? What are the questions you hope will be answered for the Colts throughout the rest of preseason? Let us know at @TheBlue_Stable