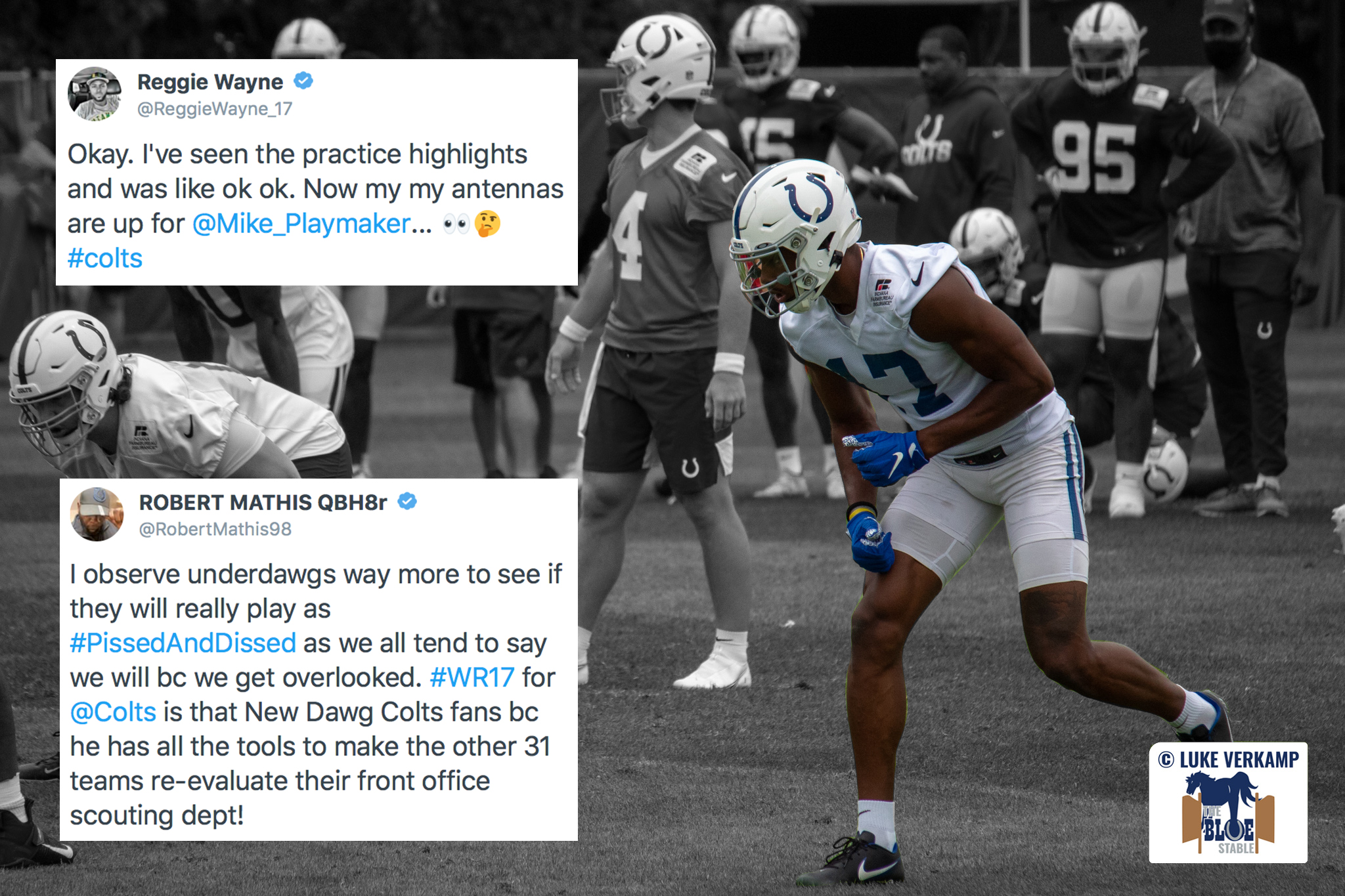 With the  NFL season on the horizon, plenty of headlines are to be talked about before the season starts officially. However, the biggest elephant in the room within Colts Nation is the questions and predictions concerning the 53 man roster for the Colts. Obviously, more than a few current Colt players deserve to be selected to the 53 man roster. Players like Dezmon Patmon, Deon Jackson, and Tyler Vaughns all deserve to make the Colts roster, in my opinion, but they may ultimately get relegated to the practice squad.

Michael Strachan is one of the players outside of those mentioned above that I think will make the 53 man roster. For those unfamiliar with Mr. Strachan; He was the Colts’ 7th round draft pick in the 2021 NFL draft out of Charleston. He is 6’5″, weighing 226 pounds with 10-inch hands and 34 1/4 inch arm length. Strachan has freakish athletic ability based on his college film, and he has been using his physical gifts throughout camp to show his playmaking ability. Strachan has improved mightily through multiple weeks of camp and two preseason games and gives himself a chance to finish on a high note in this last preseason game.

Strachan has the potential to be a budding x-factor for the Colts for years to come. He is early in his development and improvement phase as a Wide Receiver in the NFL, but he is definitely making a name for himself and ensuring his opponents know that he is here to stay. There is no telling what capacity Strachan will be used in if he makes the roster this season, but I want it to be known that the Colts got a Mega steal in the draft with “Mega” Mike Strachan. The Colts have finally found their very own Calvin Johnson, and everyone in Colts Nation should be thrilled for his future with the team!