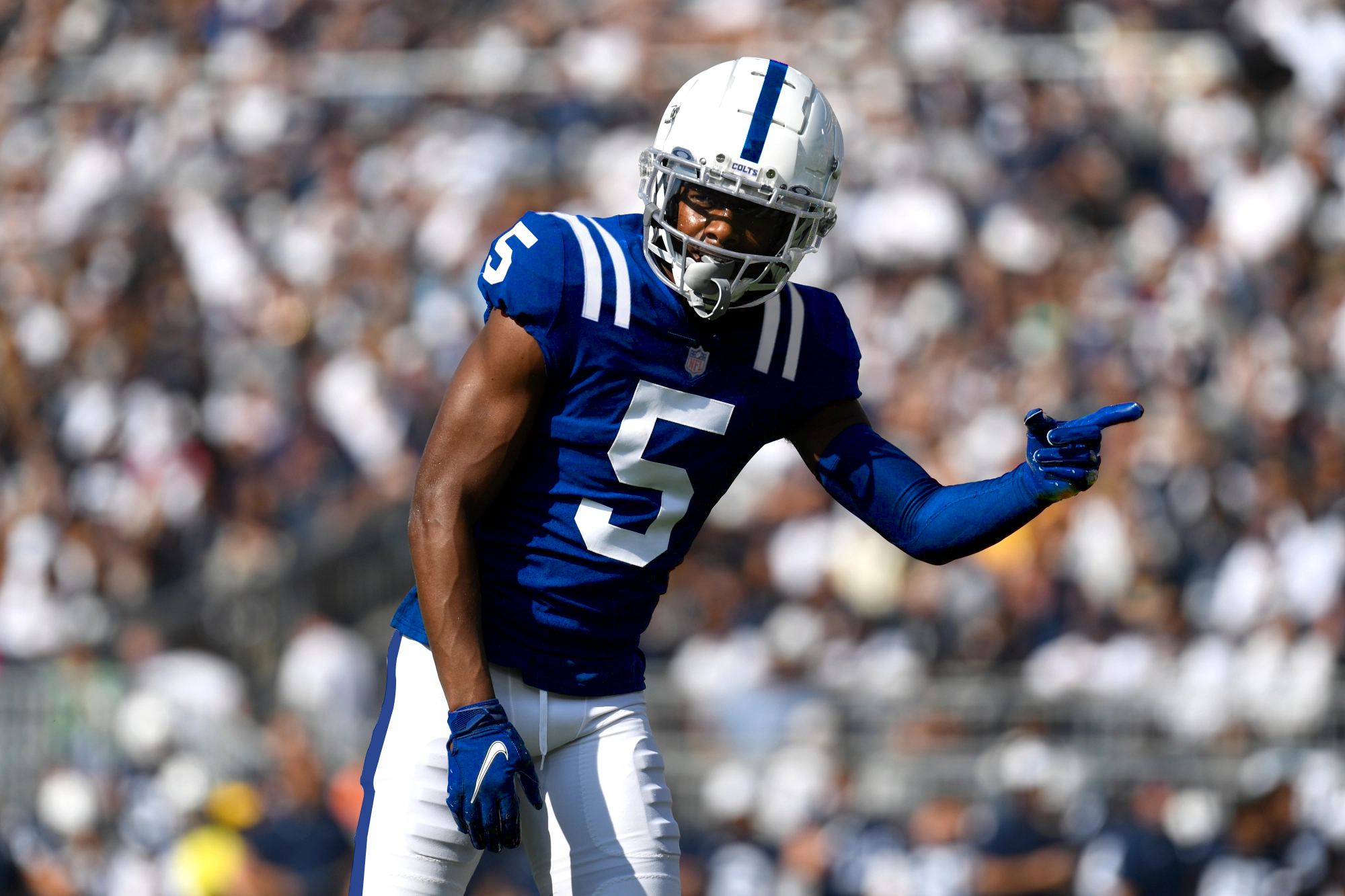 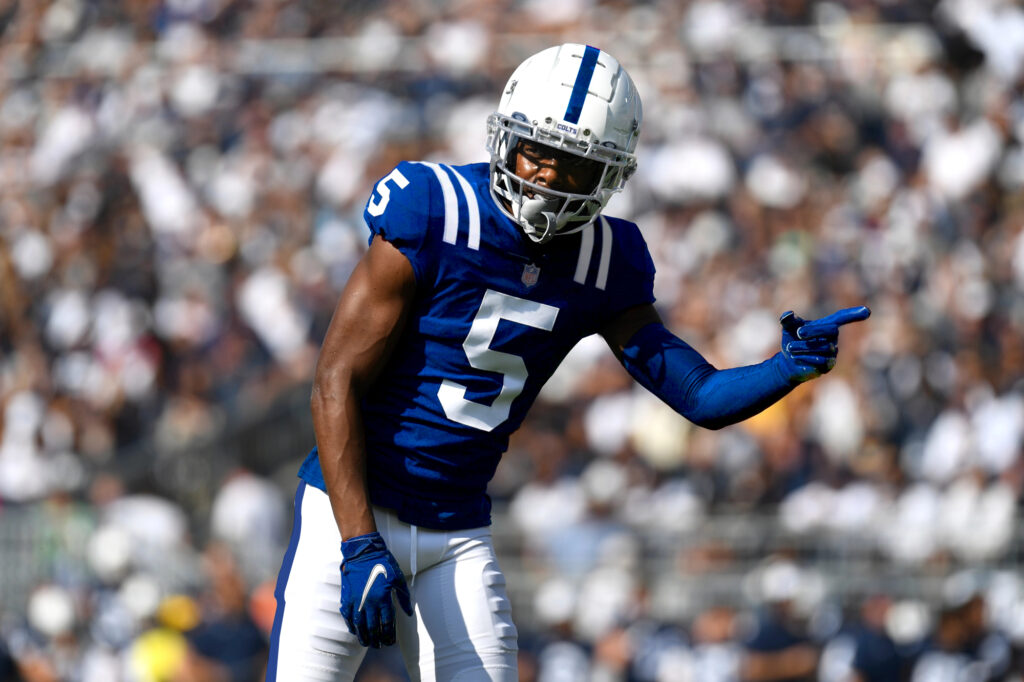 It has been a little over a month since our last 7-Round Mock Draft. The end of the college football regular season was a few weeks ago, and that means draft season is heating up even more as the bowl games get underway. With the boards moving up and down as the season goes along, we get to take a look at as many possibilities for the next group of draftees to wear the horseshoe as we can.

In the last mock we did, we took Jameson Williams. Perhaps one of the best deep threats in the draft. But since then, his draft stock has soared and he is now almost guaranteed to be a first round pick. Today, we take the next best thing that we can find towards the middle of the second round with Penn State superstar Jahan Dotson. One of the Colts’ biggest needs is a deep threat wide receiver. With TY Hilton likely not coming back next season and Parris Campbell on and off of IR, Dotson would provide the perfect boost to this offense to give Carson Wentz a throw it up and get it guy. His volume at Penn State has significantly increased from year’s past as he finished the regular season with 91 receptions, for 1182 yards and 12 touchdowns (all career highs). And even added 6 rushes and a rushing touchdown to his impressive resume.

It’s been no secret how badly offensive line help has been needed this season. The guards, center, and right tackle are pretty solidified and have helped Jonathan Taylor have the historic season he’s had so far, but left tackle has been a mess. Eric Fisher is not nearly as bad as he was at the beginning of the season, but he is still nothing more than a bridge tackle. Bernhard Raimann, the 6-foot-7 monster from Austria would be the perfect plug-and-play starter to take over and protect Carson Wentz for 2022. More of a run blocker than a pass blocker, he fits perfectly in Reich’s run-first system. And his pass blocking is nothing to be ashamed of either. He still needs a little fine-tuning, but overall, a really underrated tackle prospect this year.

Riley Moss plays a lot of cornerback, but I personally think he would profile better as a safety who can move around the secondary. Should there be a need at corner, he can drop down, but over-the-top is where I believe he would fit best. Safety depth has been a major issue this year after Julian Blackmon’s season-ending injury and Khari Willis on and off the field. The depth pieces essentially end after George Odum (who has been decent, don’t get me wrong). Riley Moss is the perfect ball-hawk (10 INT in four years at Iowa) for this secondary. He excels in zone coverage and is a very good run defender, as well. Pairing him with the rest of this young, up-and-coming secondary would set up Indy for years to come.

To improve more of the depth at cornerback, the 6-foot-2 corner across from probable first round pick, Sauce Gardner, comes Coby Bryant. Similar to Riley Moss, he is another defensive back with elite ball skills. 9 interceptions in the last four years at Cincinnati, he also pairs that with 4 forced fumbles. Excellent speed and a great break on the ball, he would fit right in with Rock Ya-Sin and Isaiah Rodgers. His tackling needs a bit of work as it seems he would rather throw his body at a ball carrier, rather than wrap up, but that’s something that is easily coachable.

Starting at defensive end for the Tigers since he was a freshman coming in, the 5-star edge rusher (#1 DE in the 2018 class) never truly lived up to the hype that came with him. He’s had a solid career at Clemson, but the pass rushing numbers aren’t what you’d want out of your star pass rusher (13 sacks in 44 games). However, I see him as very similar to current Colt, Kwity Paye, in terms of him being much more of a run defender than an edge rusher, but he has shown flashes to do both. 27 tackles for loss and 4 forced fumbles in the last four years is a great start to build something special. And with Turay, Muhammad, and Rochell all expected to hit the market, the Colts are going to need depth there anyway.

The All-Big Ten linebacker has been all over the place for the Badgers. Really a do-it-all-type player, Sanborn has been a key contributor to the Wisconsin defense. Really similar to Darius Leonard, he isn’t the greatest in coverage, but excels everywhere else. 219 tackles, 27.5 tackles for loss, 10 sacks, 4 interceptions, and 2 forced fumbles in 33 games is insane. Next-level tackler, great football IQ, and he is certainly a guy that “brings the juice” (as the Colts’ like to say). I don’t see him as an every down linebacker, but Indy usually only runs a 2 LB set anyway (Leonard and Okereke). But with Adams, Franklin, and Moore all hitting free agency, getting young depth can help out a lot.

The safety out of Middle Tennessee has had an insane career. The awards seemingly never ended for him, picking up All-C-USA 4 times, multiple C-USA and National Defensive Player of the Week’s, numerous National Award Watchlists, and multiple-time team captain. And the statistics are there to back them up. 419 tackles, 26.5 tackles for loss, 3 sacks, 9 interceptions, 19 passes defended, 3 forced fumbles, and even a touchdown in five seasons with the Blue Raiders. The stats speak for themselves in terms of his tackling, run defending, and ball skills. He is a fantastic athlete who would be perfect depth and come in on nickel packages. And just like Dotson, Raimann, Moss, and Bryant, he has earned a spot in the 2022 Senior Bowl.

Two years removed from his breakout season in 2019, Jah-Maine Martin still carries a ton of potential. His only knocks aside from the level of competition is that he wasn’t really involved much in the passing game at NC A&T, but as a runner, he is the missing piece the Colts need. Putting him in the same room as the do-it-all back in Jonathan Taylor, and the quick, elusive receiving back in Nyheim Hines, Jah-Maine brings the physical power to that running back core. A former 2nd team All-American in 2019, he led the nation in yards per carry and touchdowns with his 1400 rushing yards. Martin had a much quieter year in 2021, and he likely wouldn’t see the field a lot, but the ability is still there to be that downhill runner.