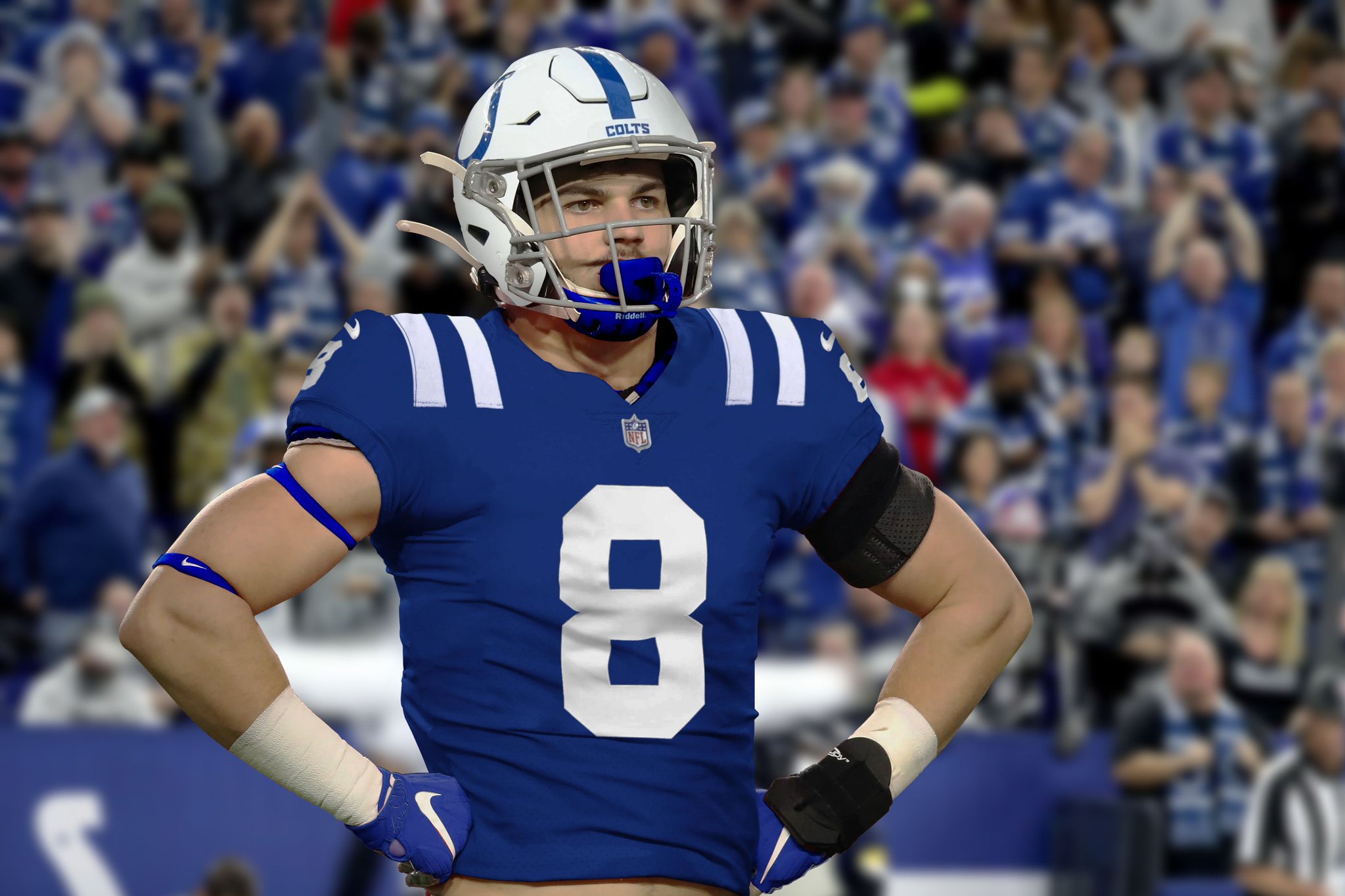 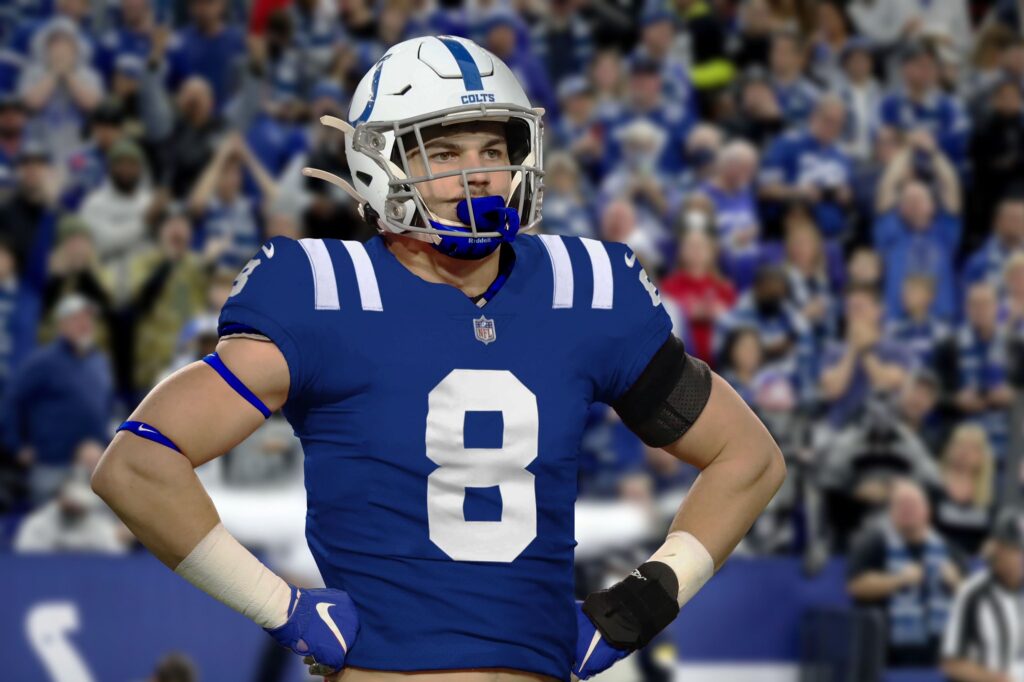 Our last mock was done the week before the NFL Combine. Well that has come and gone. Most Pro Days have come and gone. And free agency is finally starting to dry out. With teams essentially looking as close as they will during the 2022 season, I think it’s safe to throw out another mock to showcase several more prospects in this upcoming draft class. Let’s dive in to fill the remaining holes on the Colts’ roster.

After the Colts let Zach Pascal walk and didn’t exactly land any other free agent wide receivers (as of writing this), the WR2 spot becomes a desperate need to be able to give new QB Matt Ryan as many weapons as possible. Parris Campbell would normally fill that role (and still potentially can), but needs to prove he can stay on the field before we worry about that.

One player that has certainly risen up draft boards since the last time we did this was North Dakota State wide receiver Christian Watson. At 6-foot-4, 208 pounds Watson has crazy speed for his size. Clocking in a blazing 4.36 40-yard dash, Watson used the Combine to make a case to be a first round pick. And he very well could be. However, this wide receiver class is so loaded, that there is still a very solid chance he falls to 42 (as he did in this simulation) and the Colts get the perfect opportunity to line up a perfect compliment to Michael Pittman. Watson is being declared one of the most complete receivers in the class and that’s saying a lot with the talent in this class.

Another need that eventually opened up was the TE1 spot. Jack Doyle unfortunately retired, but the Colts did bring back Mo Alie-Cox to a 3-year deal. The hope is obviously that he’ll develop using the flashes he has shown in the past, but it is still just him and 2021 draft pick Kylen Granson who also still hasn’t developed. That would open the door perfectly for Jeremy Ruckert. He wasn’t utilized a ton at Ohio State because of the offense they ran, but the former 5-star performed when needed. The talent is there for sure and he has made his way up the draft boards showing that in these prospect showcases. Incredible hands, solid speed and a willing blocker will surely combine to end up as a great tight end in the NFL and he could absolutely be the Colts’ TE1 of the future.

With the overall draft board being pretty close to set, we’re going to start seeing duplicates in these classes and that starts with Cincinnati star cornerback, Coby Bryant. We’ve talked about him before, but now that corner is a desperate need with Rock Ya-Sin being traded, Coby Bryant needs to be a day 3 pick for Indy. Starting across from the near-consensus CB1 of the class, Sauce Gardner, Bryant got all the opportunities needed to show out and he absolutely did. Forcing 13 turnovers (including 9 interceptions) over the last 4 seasons in Cincinnati, he has proven to be a lockdown cornerback and one of the best in college football. And with a 6-foot-2 frame, good arm length and a physical play style, he perfectly fits Chris Ballard’s mold for a DB.

The player that I find myself taking in every class so far. Athletic, rangy, versatile, award winner, and a stat sheet stuffer. There isn’t much to not like about him and he has found his way higher and higher up my mock drafts.

If you want to read more about him, his statistics, and his awards, click HERE.

As we said at the beginning, this mock is mostly about filling the gaps in the roster and ever since Anthony Castonzo retired following the 2020 season left tackle has been a glaring need. Eric Fisher in that spot last season was like putting a band aid on a gunshot wound. Matt Pryor was re-signed with the intent to play in that spot, but they need to start developing a player there (like how they did Danny Pinter at guard) and Obinna Eze would be the perfect tackle to do so with. Eze has all the unteachable traits you look for in a blindside protector and everything else can absolutely be coached up.

Another developmental player for a young group of corners, earlier we took Coby Bryant to pair with Isaiah Rodgers, Zyon McCollum could turn into something special. Posting the 3rd fastest 40-time for a DB at the combine (4.33), athleticism is not an issue for him. And standing at 6-foot-2 (Sam Houston website has him listed at 6-foot-4), 200 pounds size is not an issue either. He has terrific ball skills, hauling in 3 picks in every full season he played at Sam Houston and forcing 2 fumbles in all but two seasons. A starter as a true freshman, he has collected plenty of awards, but perhaps the one that means the most to Colts’ GM Chris Ballard was his invitation to the Senior Bowl. A smaller school, physical, ball-hawking corner with a Senior Bowl on the resume feels exactly like a Ballard defensive back and it can end up working out just as well as Isaiah Rodgers seems to have.

With their final pick, the Colts take yet another developmental player with a high ceiling that fits Chris Ballard mold at the position, Notre Dame standout WR, Kevin Austin Jr. Great speed for his size (6-foot-2, 200 pounds, ran a 4.43 40-yard dash at the Combine), Austin Jr. has the physical traits necessary to be a WR3-4 on an NFL team. However things like him missing the 2019 season due to a team suspension and missing most of the 2020 season due to two surgeries on his left foot make it difficult to take him any higher. He also needs to work on his release and breaks in his routes, but the Colts’ new WR coach and future Hall of Famer, Reggie Wayne, should be able to help with those physical aspects for sure.