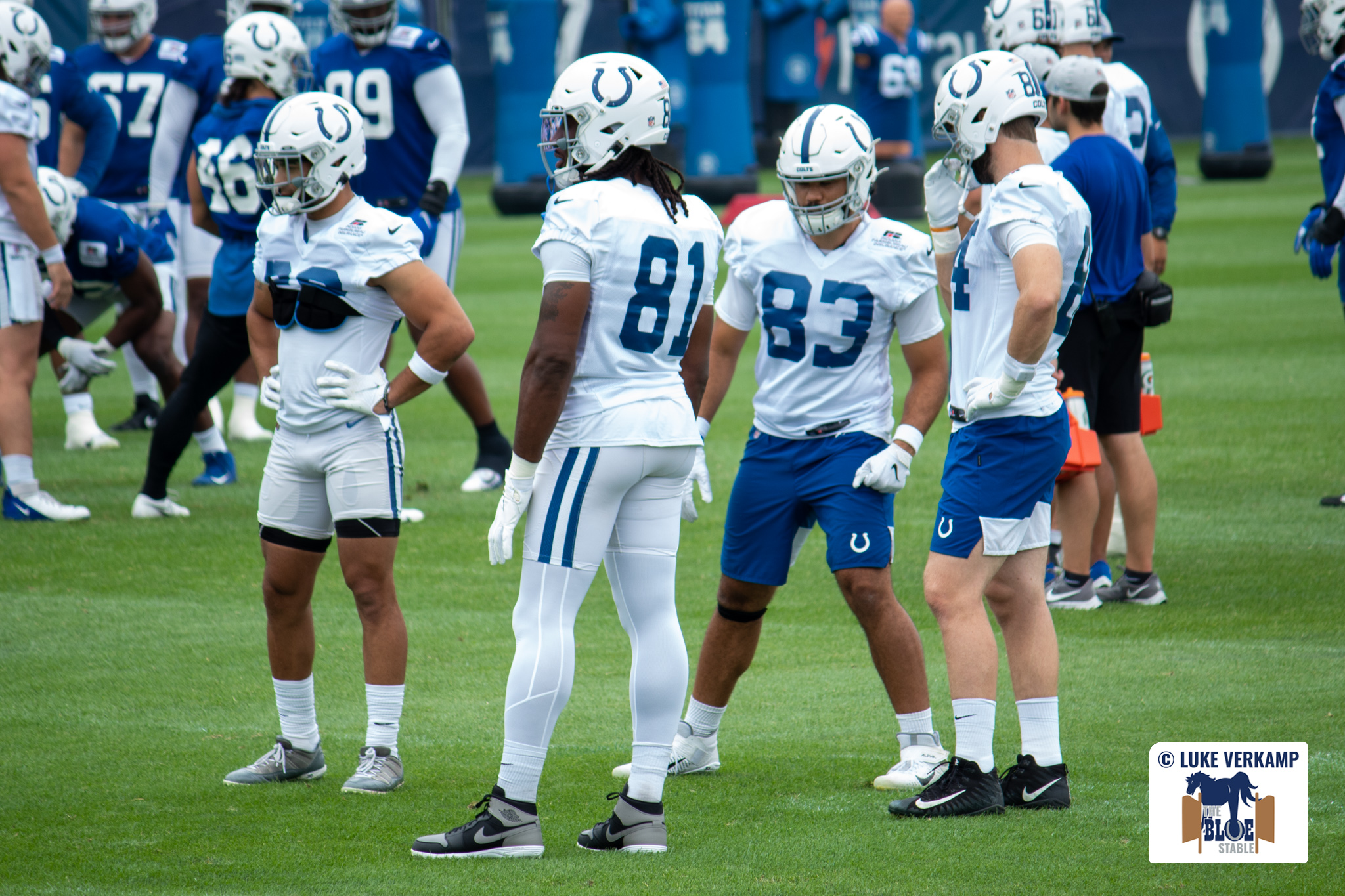 Kylen Granson is Poised to Become a Stud Tight End Next Season: Here is 3 Reasons Why

By Zach SchankermanApril 1, 2022No Comments

In the 2021 NFL Draft, the Colts selected Kylen Granson with the 127th pick in the 4th round. When he was first selected by the Indianapolis Colts, not many fans knew who he was. Hidden behind Jack Doyle and Mo Alie Cox last season, he didn’t get a chance to display his skills, and he is a very skilled player when utilized correctly. I also thought the Quarterback situation did not do him any favors (more on that later). Jack Doyle has retired, and the Colts haven’t addressed the position in free agency outside of re-signing Mo Alie Cox. This leads me to believe Kylen Granson could have a significant role in the Colts offense next season. Also, I think the Colts will add another tight end to the room through the draft or free agency, but there is a lot of reason to believe that Kylen Granson will become the Colts next stud Tight End.

1. Matt Ryan is a better Quarterback than Carson Wentz

I know this seems obvious, but Matt Ryan is a significantly better quarterback than Carson Wentz. I believe this will help the receivers grow and players like Kylen Granson grow. Where Matt Ryan makes his money is on short-intermediate throws. Do you want to take a guess at what Kylen Granson is good at? If you guessed that Granson is good in the middle of the field and is good on shorter passes, you win! I can point to this in a play made on 3rd and 9 against East Carolina in 2020. I love this play because it highlights everything he excels at, which is getting open in the middle of the field, creating yards after the catch, and his overall athleticism. Also, there’s nothing special about this play; it is a simple route and a simple throw. It is one that Matt Ryan will make consistently because of Matt’s ability to identify things post-snap and his overall mental processing ability. Video via Equable Rogue on YouTube. (Clip starts at 0:25)

Up next, I’ve got a clip from Austin Hooper’s time with the Falcons on a similar type of play that Kylen Granson could be used in Indy with Matt Ryan. This play shows Matt Ryan’s ability to make those throws to the middle of the field where Kylen Granson could really excel. It highlights some of Matt’s post-snap and processing abilities I talked about. Video Via Jackson Krueger Sports on YouTube. (Clip starts at 3:21)

When also thinking about the Matt Ryan effect on Tight Ends, I think another thing that has to be considered is Matt’s history with great Tight Ends. I think of all the Tight Ends he’s played with as well as the success they’ve had, look at Tony Gonzalez towards the end of his career, Austin Hooper got paid because of Matt Ryan, Hayden Hurst posted career highs with the Atlanta Falcons, Kyle Pitts was the first rookie tight end to be a pro bowler since Jeremy Shockey in 2002. It doesn’t require a lot of research to know that Matt Ryan is really good with Tight Ends.

When the Indianapolis Colts Assistant Director of College Scouting, Matt Terpening, was asked by JJ Stankevitz (of Colts.com) what Frank Reich had to say about Kylen Granson he had this to say: “Coach Reich really liked him. He brings that element of speed to our offense. There’s times during the season where we’ll play with three tight ends in the game at the same time. Our coaches do a great job of using our players to the things they do the best. He just gives our offense another weapon with his speed, quickness, gets the ball in his hands he can make plays after the catch.” Quote comes from (https://www.colts.com/news/kylen-granson-smu-scouting-tight-end-mismatch-frank-reich-offense)

In the With the Next Pick Series from last year, the scene where they go to day 3 in the draft room just confirms this further as it starts with Coach Reich saying, “I like Granson a lot. He’s going to play.” Anthony Coughlan, the southwest area scout for the Indianapolis Colts said this about Coach Reich’s thoughts on Kylen Granson, “You could tell that… he just kind of had a little love affair… he just had that… the puppy dog eyes and he spoke up and said what he had to say… he knew how to get the room’s attention to get his guy.” (Quotes from Indianapolis Colts YouTube With The Next Pick Video- Episode 4)

If that doesn’t convince you that Frank Reich and the Colts love what Kylen Granson can offer for this team, I don’t know what else to tell you. They love what he has to offer, and I think with a Quarterback like Matt Ryan, they will do everything they can to utilize him more this season.

3. The Colts approach to Player Development at Skill Positions

It is widely known that the Colts like to bring their rookies along slowly in how they utilize their skills. A prime example of this is the rookie seasons of Michael Pittman Jr. and Jonathan Taylor. Once things hit the halfway point of that season, they were utilized more, and it helped their development, as you can see last season when both put up amazing numbers for the Colts. I feel that Kylen Granson was definitely a “victim” of that this last season. He had Jack Doyle and Mo Alie Cox in front of him on the depth chart; Why would they need him to play a huge role in his rookie season? Jack’s retirement makes it more likely he has an increased role this season. I think he can be similar to Delanie Walker, who was also undersized and maybe a better blocker. However, when you think of him as a receiver and how he was utilized as a player, I think the comparison makes a lot of sense. Trey Burton comes to mind as well. I think the Colts approach to player development will help him greatly, and I think he will have a much bigger role next season.

I am very excited to see what Kylen Granson can do for the Indianapolis Colts next season. I believe he has excellent ability in the middle of the field, is a vertical threat, and is superb after the catch. He is also a good athlete and a willing blocker. I think he is a perfect receiving Tight End for this offense, and I think he can be a massive weapon for the team going forward. Don’t be surprised when he’s making headlines next year and getting talked about on social media; I think this guy can play, and I’m beyond excited to see him show the world what he can do next season for the ‘shoe.