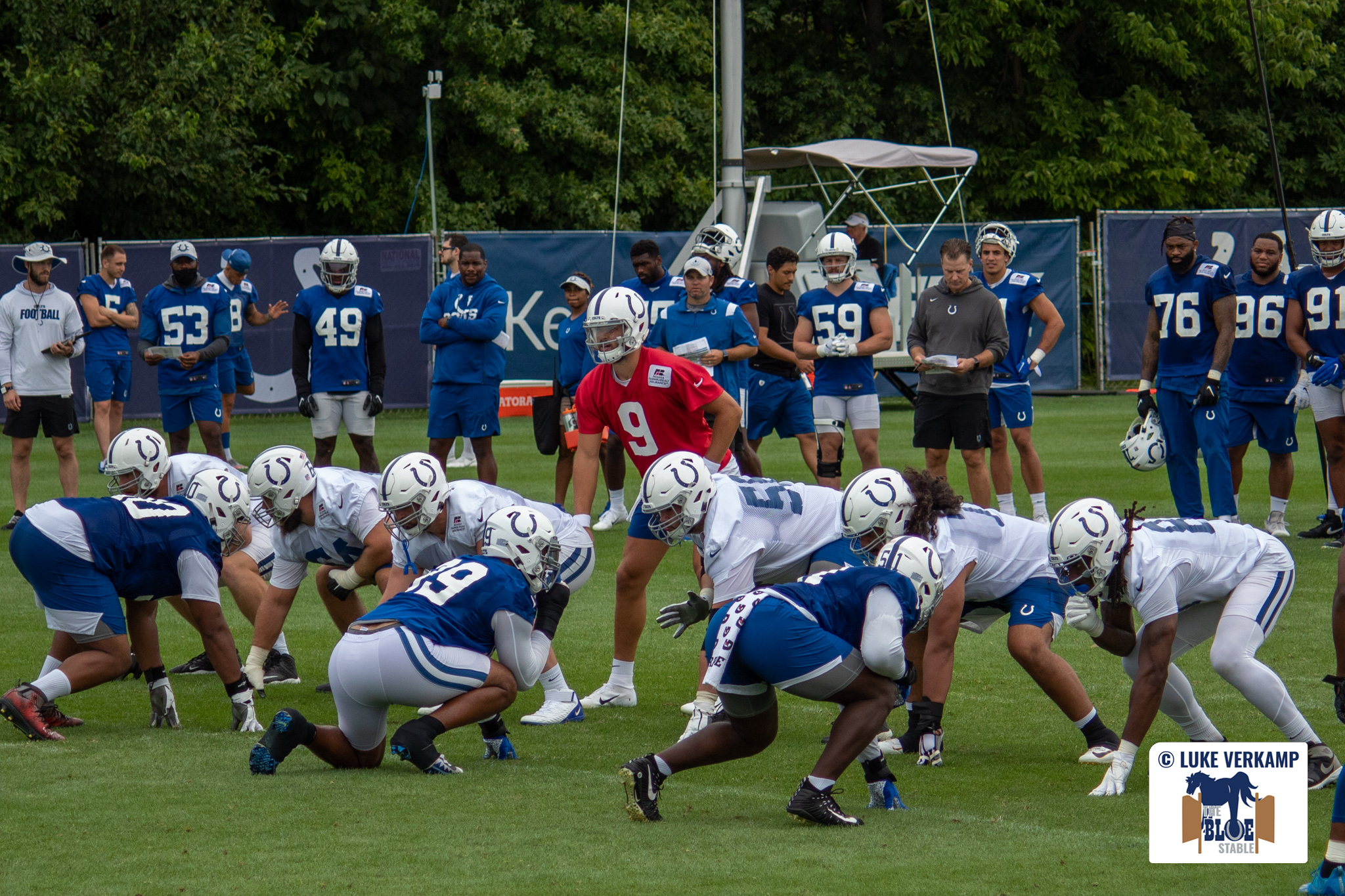 Mister Rodgers: Why Don’t You Come To Indy

Aaron Rodgers is on cloud nine since winning the 2021/-22 NFL regular season MVP at the NFL Honors awards last night. While he was rightfully deserving of the award; his winning MVP is not the biggest news right now.

It was known by most fans that no matter how good of a season Cooper Kupp and Jonathan Taylor had; the chances of them winning MVP were slim to none. With Rodgers winning the MVP by no one’s surprise, people are shifting their focus to where Aaron Rodgers will end up next year. Rodgers is still under contract with the Packers, but Green Bay is projected to be heavily over the cap if the team retains every player they have on the roster right now.  The projected cap space if the Packers retain everyone on there for the 2022 season; is around $-51,273,661 dollars.

This means the Packers will be $51,273,661 dollars over the cap (Via Sportrac); unable to spend money on any new free agent players for the upcoming season. With so much money needing to get off the books, it’s virtually a done deal that Rodgers either retires, restructures his contract, or asks to be cut/is traded. Fans of other teams would want Rodgers to be cut or traded and Colts fans feel the same way.

Some Colts fans have their mindset on Wentz as the starter for the next season, some are moving on from Wentz in hopes of a new QB at the helm. This includes Rodgers, Colts fans are pulling out all the stops, in order to recruit Rodgers to Indianapolis. A billboard was put up in Indiana, telling Rodgers to come to Indianapolis. Pat Mcafee has been working his magic on Aaron Rodgers every Tuesday since the Packers got eliminated.

As a Colts fan, who would not want Rodgers as their QB next season? He is a clear-cut upgrade from Carson Wentz and while he is more expensive, the Colts have shown that they do not care about how much they have to pay their starting QB. Landing Rodgers is a long shot, as he is linked to joining other teams as well. The Colts are in win-now mode and are missing good players at other key positions as well, but Aaron Rodgers is too good to not try and bring him to Indianapolis.

It is well worth the trouble of trading high-value picks for Rodgers and restructuring other players’ contracts to bring him to the horseshoe. If Ballard, Reich, and Irsay were eager enough to make a move for Wentz, why not make a move for Rodgers? It is clear that Wentz had an improved year and he’s not the only reason the Colts did not make the playoffs. In saying that, Wentz still struggled mightily when the Colts needed him most vs Las Vegas and especially Jacksonville.

Wentz is a good quarterback and he showed it this season with his limited turnovers and periodic big plays. Although Wentz did have an abysmally low completion percentage of 62.4 % and his turnovers occurred at the worst times, ultimately costing the Colts multiple chances to win big games this season.

The stats alone, show you the big difference in productivity between the two QB’s. Yes, Aaron Rodgers had Davante Adams to throw to, but he did not have an MVP caliber running back like Jonathan Taylor to lean on as Wentz did.

Ultimately the decision is up to Aaron Rodgers on where he decides to go, but Colts Nation is still primed and ready for the potential of Rodgers coming to Indianapolis. It will take a lot of convincing from Pat Mcafee and the rest of Indiana, but just remember that anything is possible!

If Irsay and Co. want to win the Super Bowl, it is up to them to make the necessary moves in order to win it all. Obtaining Aaron Rodgers would be quite the start in trying to go to the promised land.