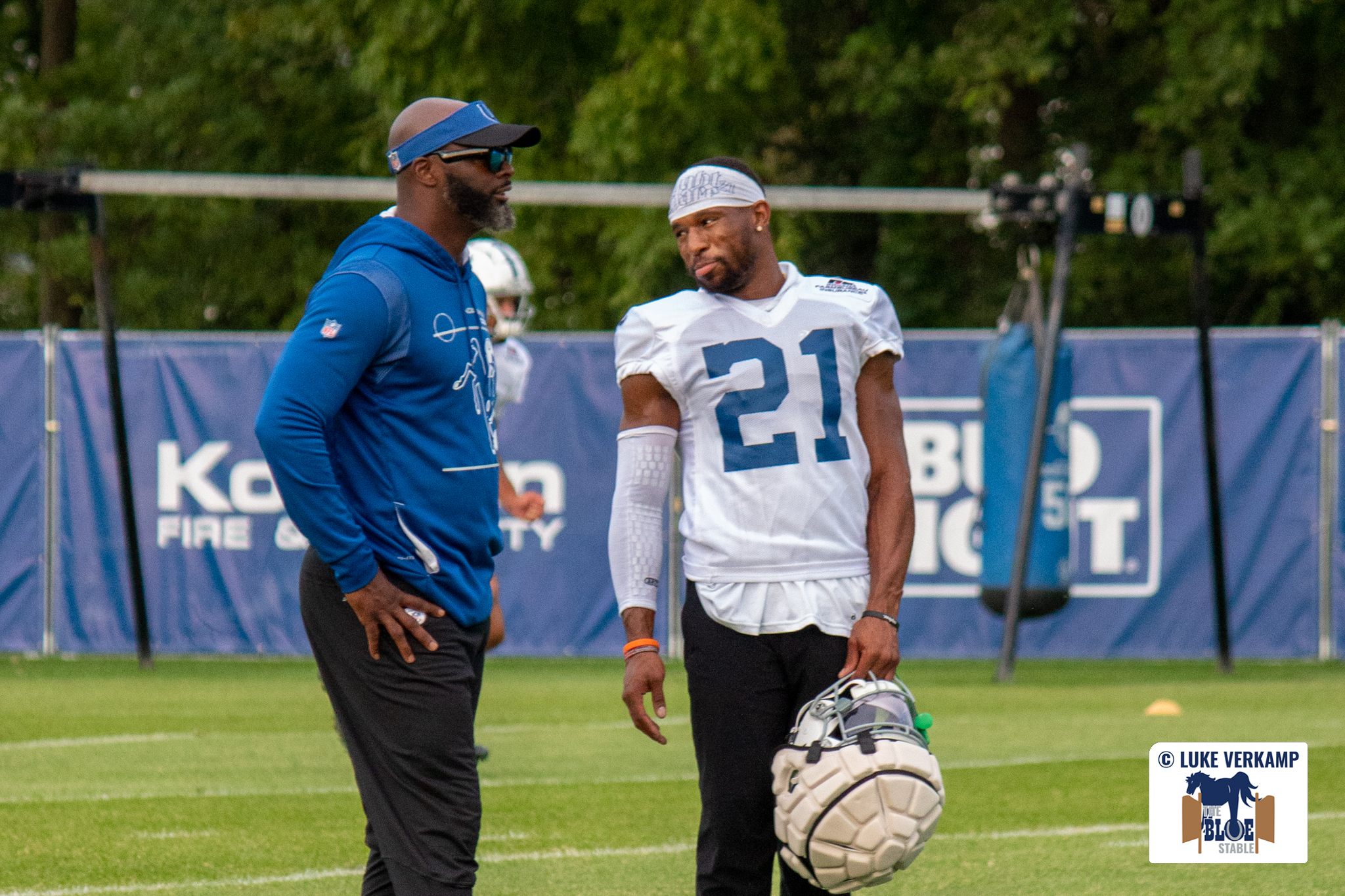 The Indianapolis Colts have rarely made moves on the NFL trade deadline. This year however, that trend was broken. With only a handful of minutes left before the 4pm EST deadline, the Colts made their move.

🏈RB Zack Moss and a conditional 6th round pick in 2023 to the Colts.

🏈Nyheim Hines to the Bills.

Nyheim Hines, the Colts’ fifth year RB/WR/PR has been traded to the Buffalo Bills. In return for this versatile weapon, the Colts got a 6th round pick that could turn into a 5th, as well as RB Zach Moss.

How should we grade each team’s trade hauls?

Embed from Getty Images
The Bills got a steal in this trade. Hines as a Colt was a multi-dimensional threat for years, even if seldom used this season. In his 4.5 seasons in Indianapolis, Hines:

With the ability to line up in the backfield or out at wide receiver, Hines was a headache for opposing defenses. While his rushing abilities were at times inconsistent, he did show improvement, going from 3.8 yards per carry as a rookie and improving each of his first 4 years, finishing 2021 with 4.9 yards per carry. Combine the dangerous potential on the ground in space with his receiving threat from a variety of spots, and 4.38 speed, Hines is a fun new weapon for Josh Allen to deploy.

To get a receiver and returner of Hines’ caliber for just the cost of at most a 5th round pick and Zack Moss is a very good deal for the Bills. However, he won’t be the cheapest running back in terms of salary cap.

Good news for the Bills, by getting Hines via trade, his guaranteed money left on his deal stays with the Colts. Meaning after 2022 if they don’t feel like paying Hines $4.45m in 2023 or $5.1m in 2024, they can cut him with no dead cap and save all of that cap space. The Bills might pay Hines above market in the meantime, but they get him with very little risk and a very movable contract should the worst come to be.

Hines meanwhile gets to go to a top contending team in the AFC, and catch passes from one of the best QBs in the NFL in Josh Allen. He has a prime opportunity to carve out a role in a backfield with Devin Singletary and James Cook. While he only netted 18 carries and 28 targets in 7 games this season, there is hope he could earn a bigger role on a more pass-heavy and high-powered offense. The 26 year old back also now has the best chance in his career to advance deep into the playoffs.

Embed from Getty Images
The Colts returns on this deal are less set in stone, in part due to the conditional pick. A 5th round pick would make this trade more tolerable (but still not full value). However the conditional terms needed puts this as essentially a 6th round pick until they are otherwise met.

Zack Moss meanwhile is tough to project for what role he will earn on the Colts. The 3rd year RB from Utah is more of a traditional power back, a stark contrast to Hines’ skillset. He was buried on the depth chart this season behind Singletary and Cook, receiving only 17 carries and 8 targets in his 5 games played in 2022. While the 25 year old RB has improved to a career best 5.4 yards per carry, the small sample size and lack of scoring this year (0 TDs compared to 5 each of his previous 2 seasons) dampens this enthusiasm.

But the reality is, despite how unique and talented Hines is, there is a $5M difference between their salaries. That is a part of the picture here (even though it’s totally fair to question the move).

The best aspect of the Colts trade of Hines was freeing up cap space for the upcoming next two seasons. While the Colts will have to eat $1.5m in dead cap in 2022 & 2023 each, they also get solid cap savings in for both of the aforementioned years:

While the draft compensation and player swap for the Colts was underwhelming, the amount of cap space saved in the next 2 offseasons could be helpful for the Colts to be more active in free agency or retain their own players.