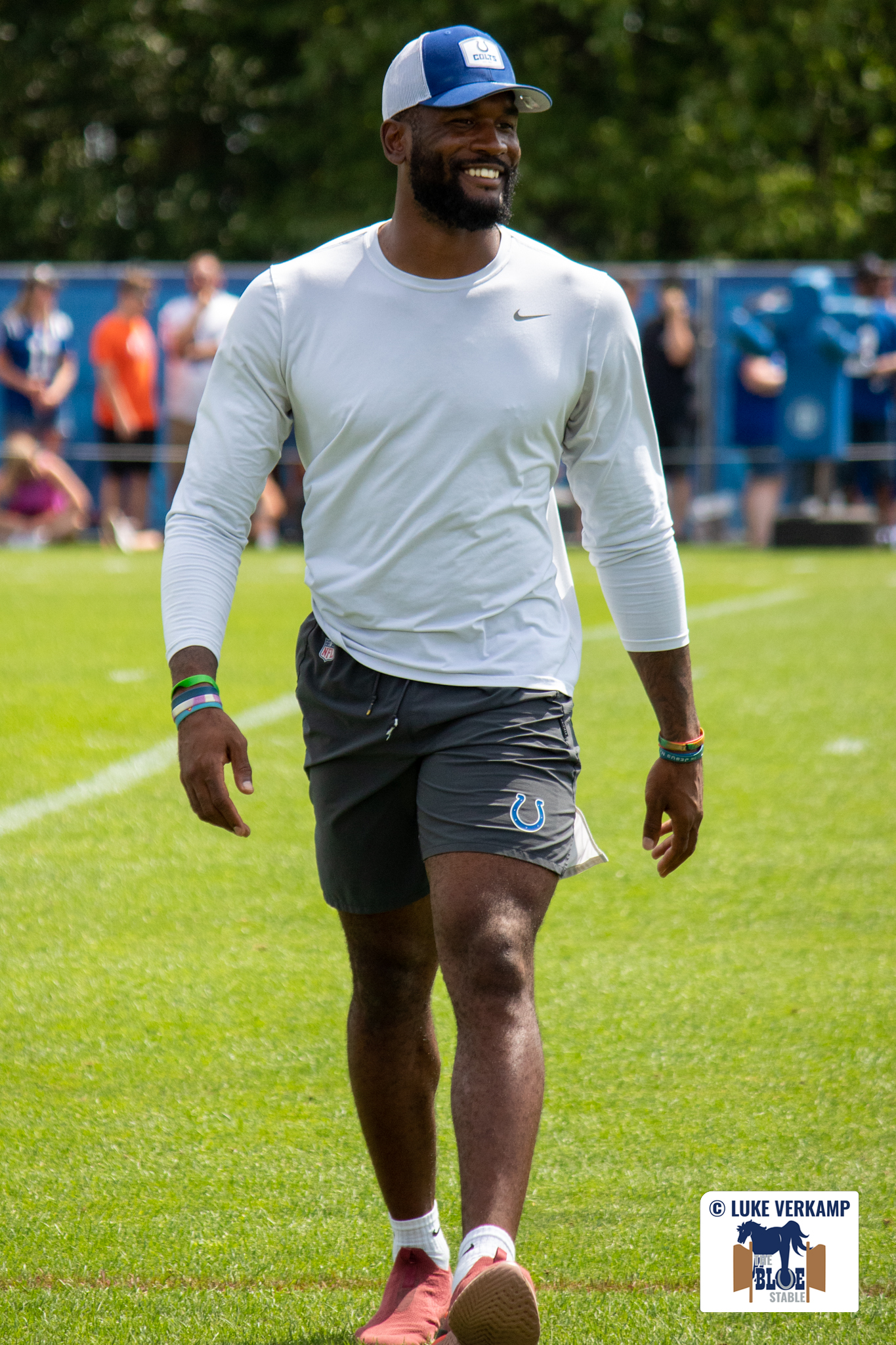 Colts vs Commanders Preview: Beginning of the Ehlinger Era

Home » Colts vs Commanders Preview: Beginning of the Ehlinger Era

Weather Forecast: 59°F with a 60% of precipitation

Dawn of the Ehlinger Era

It’s fair to say this has been one of the more eventful weeks to be writing a game preview for. In case you’ve been living under a rock this past week, the Colts announced Sam Ehlinger will be the team’s starting Quarterback going forward in place of veteran Matt Ryan.

Although the players vowed to have Ehlinger’s back, they’re still processing this seismic swap. https://t.co/4TSuVlDxFx

It’s fair to say things haven’t gone to plan for Ryan in Indianapolis. I know I had high hopes following his trade this offseason. I thought he could replicate the success the Colts had with Phillip Rivers, whilst retaining more of his physical attributes.

Ryan looked like he'd be a better version of 2020 Rivers. A great leader, smart QB who had more of his physical attributes than Rivers had in 2020.
Unfortunately Ryan had declined more than we realised and the Offensive Line performance has been unforgivable.

I also thought Ryan would lead the Colts to their first AFC South title in far too long, obviously that isn’t going to happen this year. A significant amount of the blame for this must fall on Ryan’s shoulders. Ryan’s 11 fumbles (3 lost) and 9 interceptions simply haven’t been good enough. That being said, Ryan’s performance should be viewed in the context of the terrible performance of his offensive line. The 24 times Ryan has been sacked this season tell the story of the Colts’ season.

How Good Can Ehlinger Be?

The short answer is no-one knows. Ehlinger did have a strong preseason, showcasing his ability both throwing and running the ball.

Ehlinger beat Jacob Eason last year to win the Colts backup QB job and this offseason he secured a roster spot as the team’s QB3 when it looked like he he had to be cut. This speaks to Sam’s talent, hard work and ability to overcome adversity. It’s clear Chris Ballard and his team like Ehlinger and see some good things in him.

That being said, some fans need to do a much better job at managing their expectations. Ehlinger was a sixth-round draft pick and has some significant physical limitations as a QB, most notably when it comes to his arm strength. Whilst there are some notable exceptions, there are very few Quarterbacks who are drafted in the late rounds who end up having truly successful NFL careers.

Look I'm excited for Ehlinger but now allow me to list the non-notable undrafted/late round QBs in the last 20+ years..

Even if Ehlinger does eventually prove himself to be a top QB, it is unlikely to happen immediately. He’ll take time to adjust to playing with the Colts starters and playing against a starting NFL defense. His job will be made that much harder playing behind the set of turnstiles that is the Colts offensive line this season.

However good a QB Ehlinger ultimately ends up being, we have to expect him to play badly this Sunday. That’s not especially a criticism of him. It would have been prudent for Bengals fans to manage their expectations of Joe Burrow before his NFL debut and he was a historically good prospect who had an entire offseason to prepare. The landing will be much bumpier for a late-round pick with only a few days to get ready.

Indianapolis may not have admitted that benching Ryan for Ehlinger is an acknowledgement that they’ll fail to achieve their goals this season, but I think we all know that this is the case. They’ve already failed to beat the Titans this year, will finish with a terrible record against division rivals and it’s extremely unlikely they win the AFC South, let alone win a playoff game.

Their record meant they still had a chance of claiming an AFC wildcard berth, but that seemed a steep ask when you look at the likes of the Jets and Dolphins playing so well behind the Bills in the AFC East. It seems more likely that the Colts were destined for another season of mediocrity.

This season has exposed many areas Indianapolis needs to improve if it wants to even think of competing for a Super Bowl over the next decade. Clearly the offensive line is near the top of that list. But if the Colts are to break free of the mediocrity they’ve experienced for much of the past decade, they’ll need to end the QB carousel.

Which QB has impressed you the most this season? pic.twitter.com/snCp9QWaz5

This year looks like a good draft to find your Quarterback of the future, it’s certainly more promising than the 2022 class. CJ Stroud, Bryce Young, Will Levis and Hendon Hooker all look to have real potential. If Indianapolis are to have a realistic chance of securing any of these prospects, they’ll need to possess a high draft pick.

It is of course possible to be aggressive and trade up for a premier draft pick, but it’s easier to earn that pick with a bad record. The Colts have a lot of exciting young players and significant talent around the roster. But they also have a failing offensive line and an unproven young QB. That could be a recipe for a bad team, but being a bad team this year could be beneficial in the long run. Especially given mediocrity is the best the team could hope for this season.

I’d be shocked if the team was looking to sign any major players before the imminent trade deadline, but we’ll see if they commit to the tank now by trading any big players. The likes of Ryan Kelly and Braden Smith would appear to be players the Colts would be willing to part with given their big contracts and underwhelming performances. Although it is unclear exactly what their value would be to other teams right now.

What are the Other Major Stories?

You’ll forgive me for not focusing too much on Washington, or indeed on much of the Colts’ squad. But so many of the usual head-to-head battles that would normally be the focus of an article like this seem not to matter in the wake of the huge news this week.

Colts HC Frank Reich: Shaq Leonard will be active and will play Sunday against the Commanders.

One significant piece of news for Indianapolis is that Shaquille Leonard will be fit to play again for only the second time this season. In other injury news, Kwity Paye has been ruled out.

We have ruled out DE Kwity Paye, QB Matt Ryan, and LB Grant Stuard for #WASvsIND.

In terms of the game itself, the Ehlinger vs Heinicke battle will be one to watch, whilst the Colts’ offensive line will likely have more than it can handle against a Washington pass rush that should be dangerous even without Chase Young. Fans of both teams should also be able to enjoy watching Michael Pittman Jr and Indiana native Terry McLaurin showcase their considerable skillsets on Sunday.

It’s harder to focus on the specifics of gameday when a team makes the kind of long-term move Indianapolis have made this week. It’s the kind of move that ensures this weekend’s result matters less than it otherwise would have because it’s not must win. Because we know the team is now unlikely to make the playoffs whatever happens this weekend.

Instead, one of the main things Frank Reich and his team will be looking for is experience for and improvement from the young players. Whatever happens for the rest of this year, the likes of Alec Pierce, Kylen Granson, Jelani Woods, Nick Cross, Isaiah Rodgers and Dayo Odeyingbo will be pivotal to the future success of this franchise. If these young players can use the experience of the rest of this NFL season to improve and prove they’re the real deal, this season could make a significant contribution to the team’s long term success.