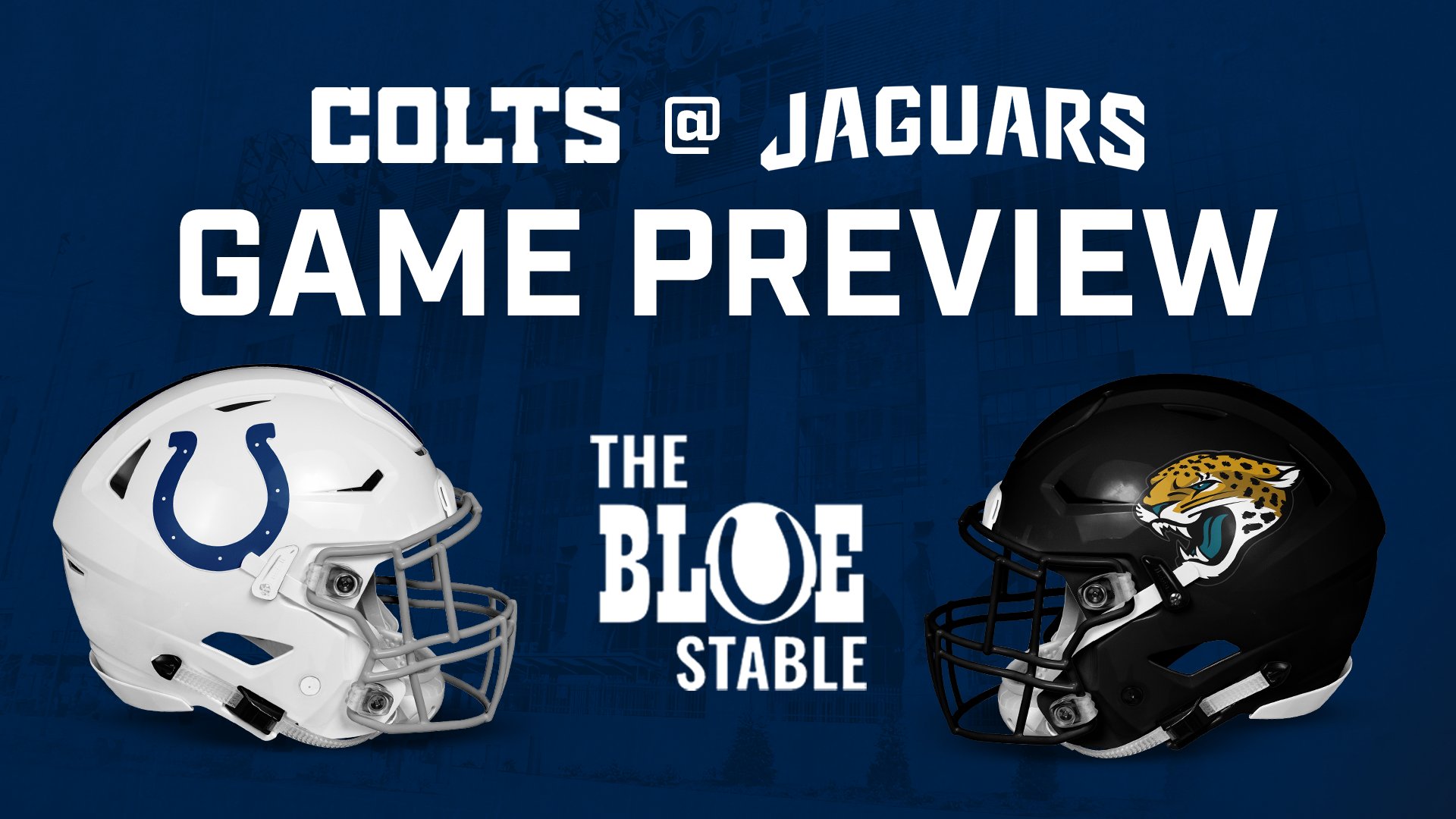 The Colts travel to Duval to take on the Jacksonville Jaguars, with each team looking for their first win of the season. The Colts have struggled mightily in TIAA Stadium in recent history, and have not won there since 2015. The last time the Colts played in Duval, it was the infamous Week 18 drubbing 11-26 that cost the Colts a playoff spot in 2021.

Will injuries doom the Colts?

After their Week 1 tie versus the Texans, the Colts are a bit dinged up. Amongst the injury report are 4 Pro Bowl/All Pro players, as well as rookie Alec Pierce, who suffered a concussion after a brutal illegal hit by fellow rookie Jalen Pitre.

Shaq Leonard practiced fully but the Colts are still being cautious after his offseason back surgery. Buckner and Moore II practiced fully on Friday, which could indicate that barring any setbacks they will play Sunday (albeit with likely lessened snap counts). Michael Pittman Jr. has officially been ruled out for tomorrow’s game.

With four prolific players dinged up or out, as well as Pierce, the Colts are at a disadvantage against a fully healthy Jaguars roster. Can the rest of the Colts roster pick up the slack?

Can Matt Ryan continue his streak?

While the Colts have not been very fortunate in Duval, Ryan has been able to take care of business so far in his career. Barring another tie, one of those streaks will end on Sunday. Time will tell which one.

Trevor Lawrence in week 1 was sacked 2 times and hit 10 times. Not only were the Commanders able to consistently hit Lawrence, they pressured him at a very high level too.

Trevor Lawrence was pressured 21 times on 45 drop backs in week 1 vs. the Commanders

47% of drop backs were pressured.

How many sacks will the Colts have on Sunday?

When Lawrence had a clean pocket though, he was surgically precise. He racked up 18/24 completions for over 200 passing yards and a TD. When under pressure he was 6/18 for 75 yards and an INT. While QBs usually become less efficient when under pressure, the gap for Lawrence is noticeably vast.

Should Yannick Ngakoue make a big homecoming performance & Kwity Paye continue his dominant pass rushing that we saw flashes of in Overtime last week, the Colts will be well positioned to get a win.

One of the NFL’s best 1-2 punches at RB, Jonathan Taylor and Nyheim Hines are a pair of tremendous backs. Taylor is coming off a 161 yard rushing performance, dominating on the ground for 5.2 yards per carry. Hines meanwhile made his impact through the air, hauling all 6 of his targets for 50 yards, picking up 3 crucial first downs.

3rd down pass play in overtime. Nyheim Hines in the slot with a linebacker in off coverage…

Both will have very important roles due to the injuries at WR. They will need to establish the run to help open up receivers downfield via Play Action or single coverage looks. They also will need to make an impact in the receiving game as well, whether it be via checkdowns when Ryan is under pressure, designed screens, or lining up in the slot (especially Hines on the latter).

This dynamic duo is coming off of a combined 44 touch, 229 yard performance last week, and likely will be called upon at a similar rate vs the Jaguars. Should they perform similarly, it will make Matt Ryan’s job much easier despite the depleted WR corps.

After a rough opening outing against the Texans, the Colts OTs will face a bigger challenge in Duval. Josh Allen had a slow start to the season with only one pressure, but he has been a frequent thorn in the Colts side over the years. In his 5 games vs the Colts, Allen has had 3 Tackles For Loss, 3.5 sacks, and 10 QB Hits. He will be a test for Braden Smith with his speed rushes, but could also attack from the left and go after the Pryor/Raimann rotations at LT.

On the other side, the Jags have gotten good returns from 2022 1st overall pick Travon Walker already. The rookie had a sack & an INT on Carson Wentz for his debut. With his freakish athleticism, he could be an absolute nightmare of a matchup if he continues to develop.

Travon Walker is the first rookie to record a sack and an INT in an NFL debut since TJ Watt in 2017 👀 pic.twitter.com/0Z1e7WiPMG

Braden Smith and the Pryor/Raimann duo struggled week 1 in Houston, especially in pass protection. Should the Jaguars win off the edge with speed rushes consistently, Matt Ryan will be asked to step up in the pocket and deliver the pass a lot quicker. While Ryan is one of the better QBs in the NFL vs pressure, asking him to do it too much will limit his effectiveness and hurt the Colts ability to develop routes deeper downfield.

Braden Smith had a rough day in pass pro, but he was moving folks on nearly ever big run last week https://t.co/1u4js77pbi

Kenny Moore II has had a rough last few games, struggling vs Hunter Renfrow and in Duval last year, then having 2 devastating and controversial DPI calls last week vs the Texans. “Lightning in the Bottle” if healthy needs to bounce back vs the Jaguars top passing option this week.

Most receiving yards vs single coverage

Christian Kirk after destroying the WR market in the offseason had a really good game vs the Commanders. While he did only catch 6 of his 12 targets, he made the most of them with 117 yards (19.5 yards per reception). His Average Depth of Target was only 10.7, but he dominated after the catch, gaining 50 Yards After Catch.

Kenny Moore II (hip) also was injured in Wednesday’s practice. He’ll be listed as questionable, but “is making good progress,” per Reich. #Colts

Moore II needs to continue to disrupt Kirk’s budding chemistry with Lawrence, tackle him reliably to limit his YAC, and avoid drawing big DPI calls when covering downfield. Coming off of a limited week of practice, this could be a tough task to do all 3.

According to DraftKings, the Colts are 3 point favorites.

Injuries, recent history in Duval, and the sloppy play for half of the Texans game are reasons to be nervous about the Colts this week. Matt Ryan’s poise & leadership to dig the Colts out of a 17 point hole, Jonathan Taylor’s dominance, and the Colts improved pass rush are reasons to be optimistic.

All this talk about injuries, and fans of the Indianapolis Colts forget that we have the best running back in the NFL, a Hall Of Fame quarterback, and multiple Pro Bowlers on the field.

The Colts suffered a few missnaps, a dropped TD, and a missed FG, and still didn’t lose. Had any of those miscues been avoided, the Colts win. If Reich and Ryan hold the Colts accountable for their mistakes last week and sharpen up, the offense will be in good hands.

My bold prediction: the Colts will win the turnover battle. They will pressure and pick off Lawrence consistently, while running the ball aggressively, limiting their own mistakes, carving out their first win of the season. The Duval Losing Streak will end.