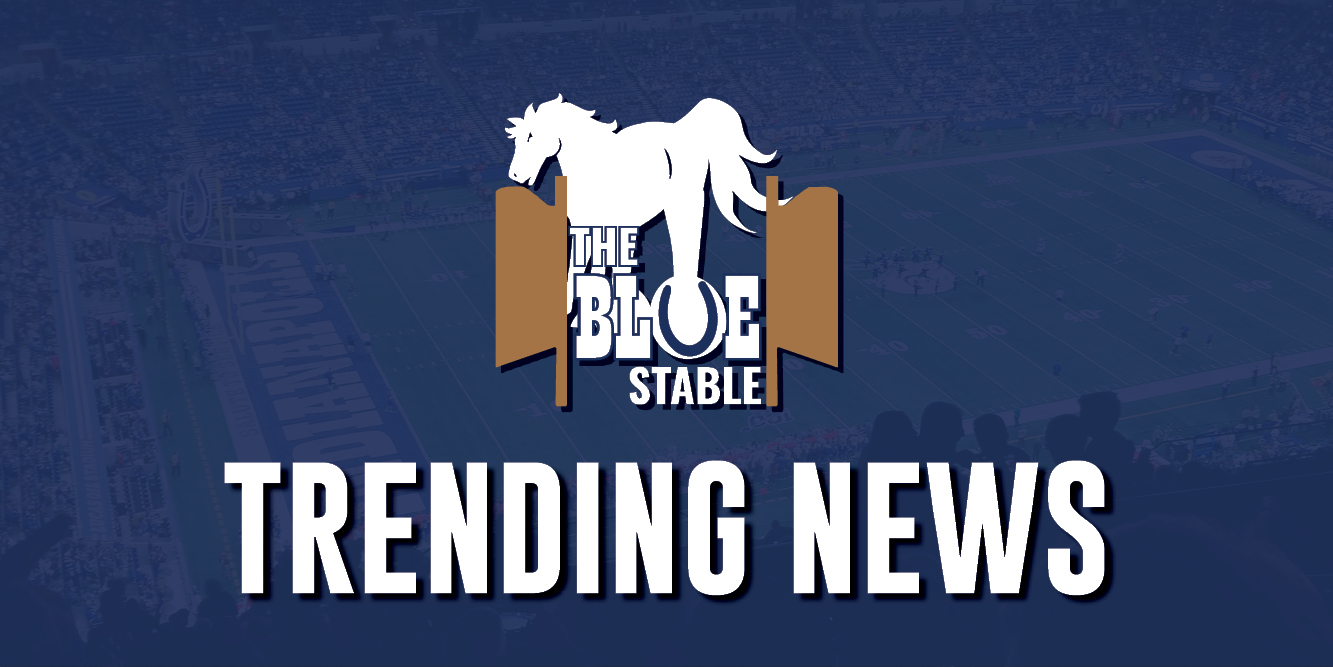 By Theo FranzSeptember 13, 2022No Comments

Kicker Rodrigo Blankenship was waived on Tuesday, according to the Colts unofficial depth chart. The Colts subsequently signed kickers Chase McLaughlin and Lucas Havrisik to their practice squad.

On Sunday, Blankenship played in his 22nd game as an Indianapolis Colt. He went 2/3 on field goals and sent two kickoffs out of bounds. The single missed field goal was a potential game-winning field goal in overtime.

Blankenship joined the Colts back in 2020 as an undrafted free agent and was named the team’s starting place kicker. He made 32 for 37 field goals and 43 for 45 extra point kicks, making him the highest scoring rookie in Colts history.

In his second year, Blankenship started off nearly perfect, only missing one FG in the first four games. He suffered a hip injury in week 5 against the Ravens and as a result missed two FGs and an XP. The injury would put an end to his sophomore year campaign.

According to Indy Star’s Joel A. Erickson, the Colts initially brought in McLaughlin, Havrisik, Josh Lambo, Matthew Wright, Michael Badgley, Brian Johnson, and Austin Jones. McLaughlin and Havrisik were the two kickers chosen to compete for the starting job in week 2.

McLaughlin has been with the Colts before. In fact, he was the starting kicker the season before Blankenship was signed onto the roster. He kicked for the Colts for the final four weeks of the 2019 season, going five for six on FGs and was perfect on extra points. Two of his five made FGs were from 50+ yards away.

McLaughlin’s most recent team was with the Browns in 2021 where he made 71.4% of his FGs and 97.3% of his extra points. He was waived last May in favor of the team’s fourth round draft pick, Cade York.

Havrisik isn’t all too unfamiliar with the Colts himself. He received a training camp invite to compete for the Colts’ starting kicking job back in May. Now, he’ll get a second chance to win the job with less competition.

Like Blankenship, Havrisik is an undrafted free agent. He played for five years at the University of Arizona, making 64.2% of his FGs and 93.6% of his extra points.

The statistics show that Havrisik isn’t much of an accurate kicker, but he does have a leg. His career long at Arizona was 57 yards in both 2017 and 2021. He has since posted clips on Twitter of him nailing FGs from both 70 and 71 yards away.

Both McLaughlin and Havrisik will compete throughout the week in practice before one of them is named the starting place kicker for the next game. The Colts’ week 2 game against the Jaguars will be on Sunday, Sept. 18, at 1:00 PM EST.