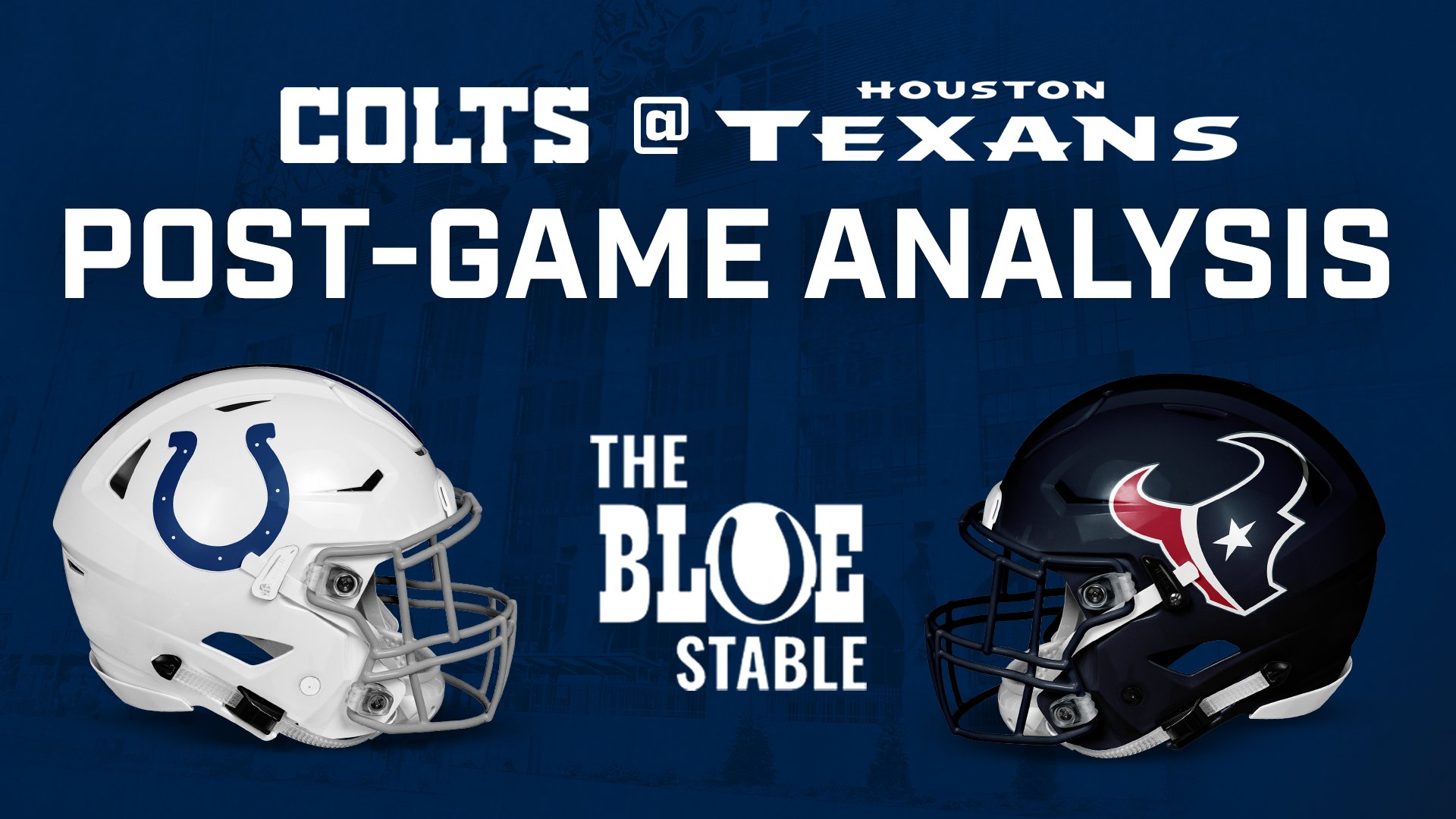 A tie? Here is what went right and what went wrong for the Colts in Houston:

By Zach SchankermanSeptember 11, 2022No Comments

Home » A tie? Here is what went right and what went wrong for the Colts in Houston:

To say this outcome was what I expected would be a total lie. Coming in as 7-point favorites, the Colts should’ve been able to win easily.

Yet, despite a late comeback, the game ended in a tie. It’s time to take a deep breath and unpack what happened in this game.

Here’s what went right and what didn’t:

I thought the Colts made a terrific effort late in the game. The Colts made plays on defense and did everything in their power to put the team in a position to win the game late.

I was super impressed by the performance of Jonathan Taylor and Michael Pittman Jr. The two players carried the Colts’ offense for the day and played tremendous football. Pittman looks like a player that has taken another step in his development in his third year.

Also, the Colts got an impressive late-game performance from Matt Ryan. He looked like a Quarterback should and played a solid game. The 2021 Colts wouldn’t have strung together those drives. The offense played well down the stretch, and I was happy to see that.

I thought Stephon Gilmore played well on the defensive side. Grover Stewart made some impressive plays, too, and is still underrated somehow.

I thought Matt Haack made a nice debut with three of his four punts inside the 20. He even punted one seventy yards with new Colts acquisition Grant Stuard downing it at the one.

EJ Speed is the MVP of this game for me, and he deserves a lot of credit for making a game-changing play. Without him, the Colts don’t go to overtime.

After what happened in Jacksonville last season, the first half was disappointing. I expected this team to look and be more prepared. That was not the case.

The Colts played sloppy in the first half and kept shooting themselves in the foot. That includes QB Matt Ryan, rookie WR Alec Pierce, and the offensive line. I felt that this team wasn’t ready to go from the jump, and it was easy to see. In general, the team made too many mistakes to win this game.

I’m sure Chris Ballard and Frank Reich are thinking about cutting Blankenship. The Colts shouldn’t have to rely on their kicker to win the game, but if he has to, he should be able to win the game.

As a result of today, the Colts should be evaluating the kicker situation and the coaching staff. In terms of game preparation, they have to do better. They must do better.

It’s possible we expected too much out of a team with a new QB and defensive coaching staff. However, there is a standard for excellence in Indianapolis and that standard wasn’t met today.

It’s time to demand more from this team, both for the legends that came before them, and for the city that deserves it.