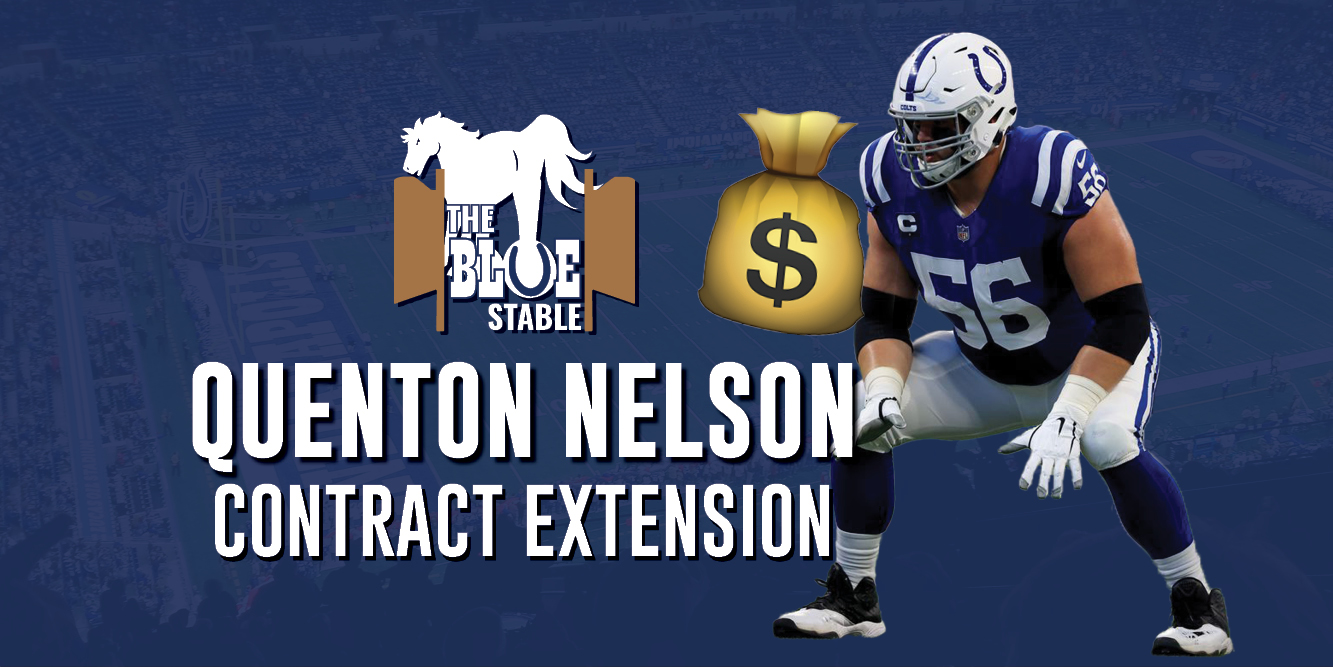 Quenton Nelson gets massively paid! Why his extension is a bargain and what it means:

By Zach SchankermanSeptember 11, 2022No Comments

Home » Quenton Nelson gets massively paid! Why his extension is a bargain and what it means:

Wow, did the Colts get some great news Saturday night?
In case you missed it: Colts OG Quenton Nelson received a 4-year extension worth $80 million. The contract has $60 million in guaranteed money.
This deal has been highly contested by many on social media. Let us know what you think of Quenton’s contract extension in the comment section!

What it means for Quenton:

Nelson gets what he deserves and becomes the 4th-highest paid OL in the NFL. He becomes the highest-paid guard in NFL history. This deal puts him above Jacksonville’s Brandon Scherff and Kansas City’s Joe Thuney.
He has been an unquestioned leader in the locker room and a culture-changer for the Colts. He is a player that transcends traditional positional values.
For Quenton, this deal means he will remain an Indianapolis Colt for at least the next five years. Nelson also gains some security with his recent injury history.
Now he can put contract concerns aside and aid the Colts in pursuing another Lombardi trophy.

What it means for the Colts:

If you’re Chris Ballard, you are doing jumping jacks after signing this extension. What this deal signifies is his vision coming to fruition.
Ballard has preached drafting your own and re-signing your own, and he did just that with the extension of Nelson.
Despite shock-jocks and other critics in the media, Nelson has proven he was worth the 6th draft pick in 2018.
In fact, if Nelson stays on this trajectory, he will likely be a hall of fame player. The same can be said for Shaquille Leonard with his recent contract extension,
This deal is a message to the locker room: we draft our own and pay our own.
Not only was the deal a message to the locker room, but it was a bargain, too. As the cap continues to go up and as time goes on, guards will eventually make more than Nelson. Record deals are made to be broken. That’s how the business works.
As mentioned before, Nelson is a leader and a culture-changer. The Colts are lucky it’s not costing them more than $20 million per year.
Nelson’s extension was great news as the Colts head into Sunday’s game against Houston.
For more content like this, follow me @SchankTBS on Twitter and @TheBlue_Stable wherever you get your Colts content.