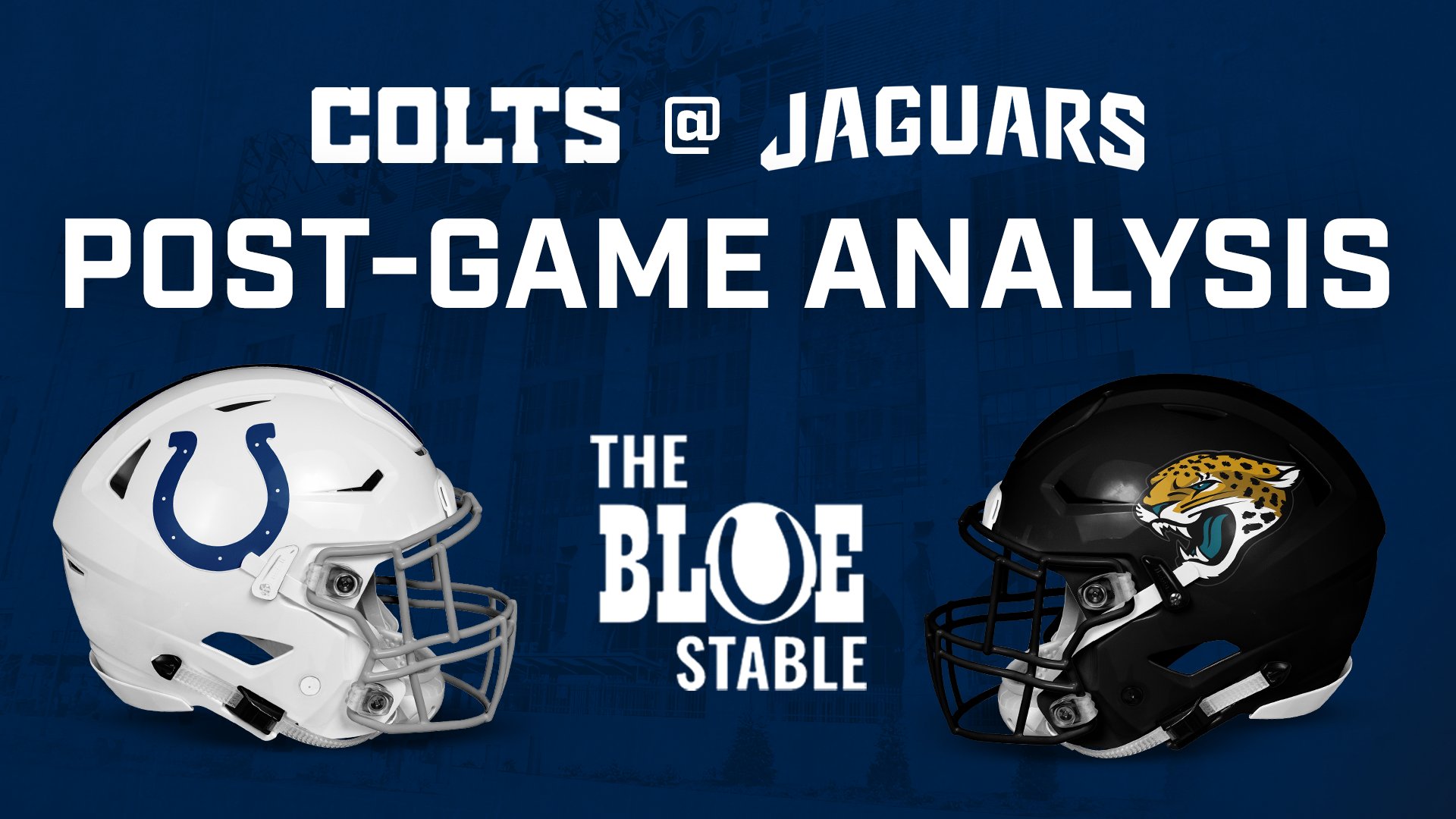 Colts vs Jaguars: What just happened?

Indianapolis spent their January and February stunned after a loss to the Jacksonville Jaguars that ended their playoff hopes. The defeat was described as shocking and unacceptable. It prompted Jim Irsay to make a video by his private jet apologising to fans. Colts fans thought it couldn’t get any worse for the franchise and what seemed like a successful offseason gave fans renewed optimism for this seasons. Well, this weekend it got worse. This weekend Irsay’s apologies to fans came in person immediately after the game.

Colts owner Jim Irsay talks with fans and signs some footballs after his team’s loss in Jacksonville pic.twitter.com/hHk0M7x6Oe

January’s loss to Jacksonville was worse in the sense that it cost the Colts a playoff berth, whilst it is still possible for the team to recover from this defeat. On the other hand, at least Indianapolis in January had the decency to score a late touchdown to make the scoreboard a little more competitive. This team made no such effort as they were shut out by the Jaguars.  We know we have to be careful overreacting early in the season. But make no mistake, this is the kind of defeat that has to prompt some fundamental questions about this team and its players and coaches.

I don’t believe I’m being flippant when I say nothing went right for Indianapolis. They lost in every aspect and phrase of the game. We all know how the Colts seem to have been ‘cursed’ to not beat the Jaguars in Jacksonville for almost a decade. But we hoped the stern words and tough talk after the defeat in January would shake this team into finding a way to win. Clearly not.

The #Colts played a game today, I think….

Yes this game looked like it would be tough with no Shaquille Leonard, Michael Pittman or Alec Pierce and with the likes of DeForest Buckner and Kenny Moore Questionable heading into the game. But nothing can excuse the performance we all unfortunately had to witness.

This Indianapolis Offensive Line is one of the most expensive in the league and should be one of it’s best. But their performance so far this season has been shameful. We know Pryor, Pinter and Raimann are unproven, but  Nelson, Kelly and Smith are paid far, far too much for the line to be playing this poorly. The Colts needed to dominate the line of scrimmage and rely on their rushing game to win. Instead they got dominated. This gave Ryan and Taylor little chance to succeed, although neither really did anything with the small chance they were given. Somehow the Colts need to work out how they can make their Offensive Line functional again before they can consider trying to make it elite.

Trevor Lawrence had a tough game against Washington in Week One, getting sacked twice and facing further pressures. This did not appear to be a good Jacksonville Offensive Line. It certainly should have been one a supposedly improved Colts Defensive Line could take advantage of with the addition of Yannick Ngakoue and the improved Kwity Paye and Dayo Odeyingbo.

Reality however, can be disappointing. Trevor Lawrence remained unbothered by the Colts pass rush or really any defenders as he completed 25/30 passes for two touchdowns, no interceptions and a 121.5 passer rating. As I saw mentioned in Twitter during the game. How is it that opposing Quarterbacks seem to have career best stats against Indianapolis. There were many pundits before this year saying Lawrence needed a big year to show he can live up to his pre-draft hype. Yet Lawrence has been made to look like Joe Montana in his last two games against Jacksonville.

To lose the trenches so comprehensively is unforgivable for any team that claims to be good. But it is disgraceful for a team that has supposedly been built from the trenches out and is supposed to thrive on the Offensive Line.

There were questions throughout the offseason over Chris Ballard’s decision not to bring in a veteran free agent wide receiver. Those fears appear vindicated at this stage, especially following the Pittman and Pierce injuries. There are also many legitimate criticisms that can be levied against the secondary, especially Kenny Moore who was badly outplayed by Christian Kirk.

That being said, whilst the Colts receivers and secondary need to improve substantially, it is hard to see how either can significantly progress whilst play in the trenches is so lacking.

Where do they go from here?

Indianapolis need immediate, significant and measurable improvement from all units of the team. If that task wasn’t daunting enough, they have to do it against Kansas City and Tennessee, having wasted their games against supposedly easier teams.

The #Colts are going to be 0-1-1 after this embarrassing performance in Jacksonville.

What changes need to be made if they hope to improve this awful start to the season?#ForTheShoe

It is possible the Colts are still ahead of Tennessee by the time they face Kansas City by virtue of a Titans loss to Buffalo on Monday Night Football. It is possible that Indianapolis significantly improve having got their week one and in Jacksonville ‘curses’ out of the way.

Any fan would be forgiven for not being too optimistic at this stage. Even in these most rose-tinted of circumstances serious questions would have to be asked about why this team can’t win in week one or Jacksonville. To just simply allow this to continue to be true would be unacceptable.

I don’t know if (as some have suggested) Frank Reich will be on the hotseat following this defeat. But even if Reich and Ballard to survive until the end of the season, Irsay will have serious questions they will be unable to answer about why this team can’t win in week one and capitulates so meekly in Jacksonville.

Based on my TL the Colts fan base is on HC Frank Reich’s head!

This is a loss that demands a harsh reality check in Indianapolis. Forget being 0-1-1. The Colts are 0-3-1. That’s there record in their last three games. Two were humiliating defeats in Jacksonville, one was a close loss to a good Raiders team and the other was the comeback draw against the Texans in Week One.

Forget how good this team should be and what these players have achieved in their careers so far. How good are they right now? How good have they been in these past four games? Four games is a fair sample size, especially if you’re discussing a team with playoff aspirations.

This team has simply been bad over these past four games. Big names like Kelly, Smith and Moore have been far worse than they’re supposed to be. How long can they continue to perform at these levels and still be called great or even good players? How can entire units of this team continue to perform at inadequate and unacceptable levels? The failings of these last games have been so comprehensive that the blame for these defeats must be total.

I went into the start of the season thinking these next three games against Kansas City, Tennessee and Denver were eminently winnable games for Indianapolis. Perhaps they still are, but the Colts will have to prove it on the field for any of us to believe it. The same tough talk we heard in Jacksonville in January just won’t cut it now.

“I'm saying from top to bottom, everybody has got to look themselves in the mirror and figure it out.” @WISH_TV

Indianapolis needs to start winning games and winning now. Otherwise Colts fans hopes for the rest of the season will rely on being in a position to draft Bryce Young or CJ Stroud next offseason. If they do find themselves in that position, don’t expect Frank Reich and Chris Ballard to be on the staff that drafts them.