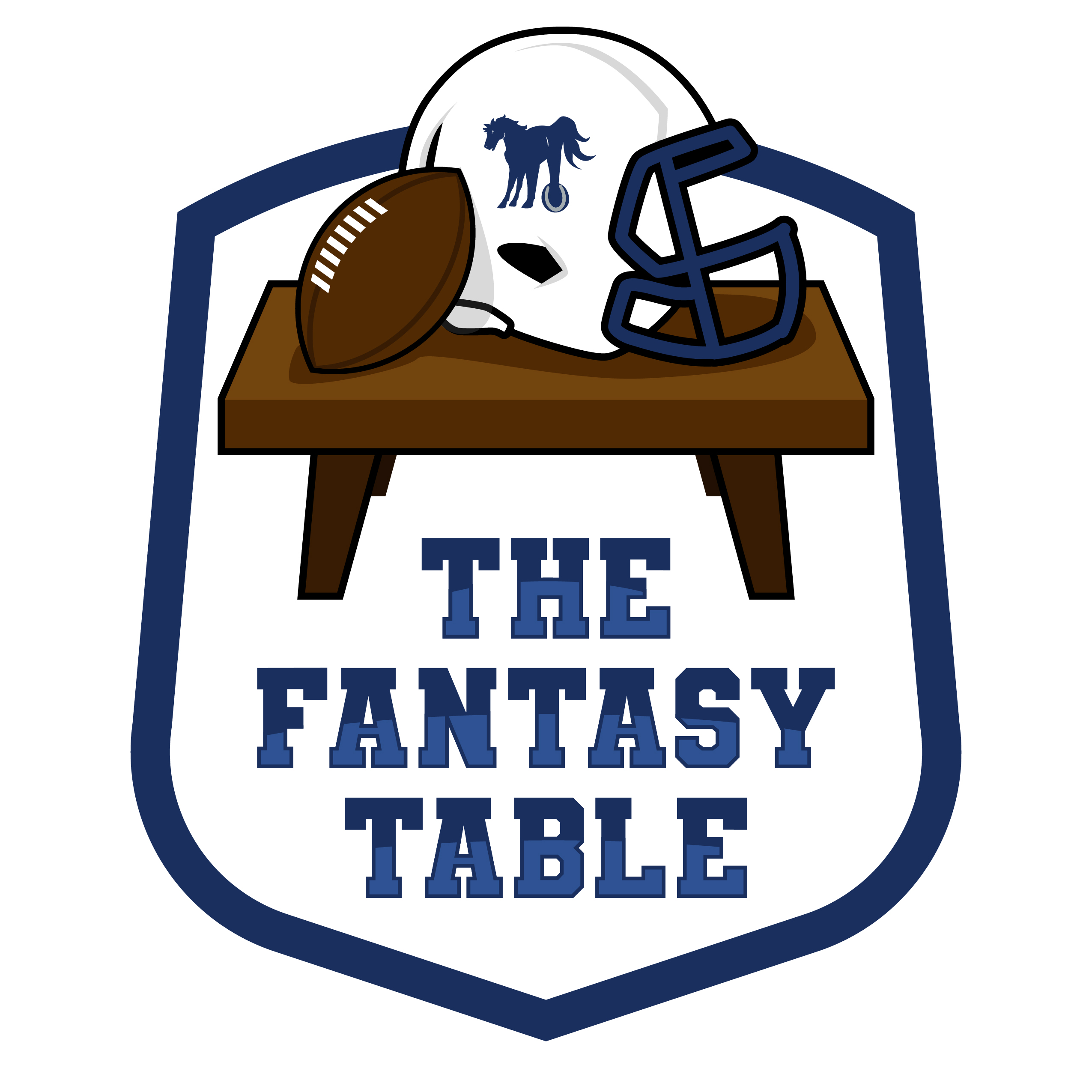 Football is officially underway as week 1 of the preseason is now in the books! This also means that fantasy football is right around the corner! Your league will be drafting soon if you haven’t already. Preseason may not change any of our minds in the first few rounds of a fantasy draft but has a bigger impact on the later rounds finding the diamonds in the rough. I will go over a player or storyline to watch from each game after this past weekend.

Player to Watch: Rhamondre Stevenson. Stevenson, a 4th round pick out of this year’s draft, caught some eyes from this game. While Damien Harris and Sony Michel are sitting in front of him, it’s going to be hard for the Patriots to sit him if he keeps showing out. While his 91-yard touchdown is what got all the eyes, he was still effective on the ground, averaging 4 yards a carry outside of the 91 yard one. While he may not hold much relevance, he is worth a stash on your taxi squad if your league allows one.

Storyline to Watch: The Eagles Tight End Room. It was thought that Zach Ertz would be traded sometime this offseason after the Eagles released Doug Peterson and traded Carson Wentz. But here he is, still on the roster this preseason, and he is doing well in it. Dallas Godert was going as a top 10 tight end as many fantasy managers believed Ertz was on his way out and Godert would be the primary tight end for Hurts. It has been said out of Eagles camp that Ertz has been outperforming Godert this offseason. Both can succeed if they are both on the same roster in week one, but their ceilings will be limited.

Storyline to Watch: Titans Running Back Depth. It has been several years now that Derrick Henry has been the main cog of the Titans offense. Even though he is so dominant, they still like to have a RB behind him to take the passing down work. Since Dion Lewis recently retired, that backup spot is wide open. If Henry were to miss time, we must hope that one stands out to take the load. While none are worth stashing right now, this is a battle you will want to watch.

Storyline to Watch: The Bills Running Back Room. After Zack Moss had apparently taken over the lead back duties in training camp this offseason, an injury may diminish those chances. Moss was held out in week 1’s game against the Lions, leaving Singletary to get a good workload and taking advantage of the opportunity. Having 8 carries for 42 yards and a 6-yard reception, Singletary did very well, showing that he still has an opportunity to keep his lead-back duties. While neither has many upside without the other getting injured, they both will serve with some fantasy relevance. Both still project to be mid to late-round picks in fantasy drafts.

Player to Watch: Rondale Moore. A player who was higher than most in rookie drafts did very well in his first NFL game. Moore finished Friday’s game with 3 catches for 23 yards and added 2 carries for 16 yards. With Moore’s skillset, they have a very versatile player that they will use similarly to how the Rams use Robert Woods. If he gets a starting job, he can be a PPR machine and be involved in some designed run packages such as end-arounds. While he doesn’t have fantasy relevance currently, I believe it’s only a matter of time before he will be on fantasy radars.

Players to Watch: The Quarterbacks. I couldn’t limit this game to just Justin Fields. While Fields did very well with his opportunities and showed why the Bears were willing to trade up for him, he was playing against backups and still has room to grow. I believe he will be a solid fantasy option in the future, and we should watch to see if the Bears decide to make him the starter over Andy Dalton.

While Fields was good, we also need to give credit to Tua Tagovailola. Last year, he turned many fantasy managers off to him as he got outplayed by Ryan Fitzpatrick. We also need to realize he was coming off a major injury in a year where there was a shortened offseason. However, after putting in a lot of work this offseason, he showed why teams were “tanking” for him. He did throw an interception, but he played very well in this preseason debut. He is a sneaky good quarterback to draft late if you miss one of your top guys.

Player to Watch: Drew Lock. He is finally doing it. Drew Lock may actually become the guy we were thinking he was going into last season. While the competition did not go away fully as Teddy Bridgewater also played well, Lock is seemingly in the driver’s seat for the job. He made a pretty deep ball to KJ Hamler that led to an 80-yard touchdown and later threw another 4-yard touchdown. While he is currently going undrafted, he could be worth a stash if he keeps showing out and shows more promise.

Player to Watch: Trevor Lawrence. The #1 overall pick made his debut Saturday and had ups and downs in his debut. Lawrence had to recover his own fumble to start the game and took a couple of sacks, but he also had a nice deep pass to Marvin Jones. While Urban Meyer says that there is a “QB competition,” there is no way that Lawrence won’t start.

Players to Watch: The Saints Quarterbacks. While we probably won’t get an answer on who the Saint’s starting QB is until Week 1, both QBs played some decent snaps in this preseason game. Hill got the start but had a rough outing, throwing for 81 yards and an interception. Coming in at the end of the first quarter, Winston threw for 96 yards and a touchdown. Whoever starts at QB for the Saint’s will have fantasy relevance, and you can get them at a major discount in fantasy drafts.

Player to Watch: Zach Wilson. The big thing I wanted to watch from this game was the #2 overall pick, Zach Wilson. Wilson did not play amazingly or have any flashy plays, but he played well in his debut, throwing for 63 yards on 6 of 9 passing. We will have to keep an eye on the rookie, but Wilson may be a fantasy diamond with his upside if this team can step it up offensively.

Player to Watch: Chris Evans. Evans, who was a late-round selection by the Bengals, may end up having some fantasy relevance. Sitting behind Joe Mixon, who gets hurt nearly every season, there is a chance that he may get a workload in a couple of games this season. In his NFL debut, he showed up with 12 carries for 25 yards and a touchdown and 4 receptions for 33 yards. While the efficiency in the running game isn’t a good sign, it was a promising start for the rookie.

Player to Watch: Jordan Love. The quarterback debut a lot of people were excited to see was Jordan Love. Since we could not see the first-round rookie last year due to no preseason games, this was the first major action we saw from Love. He showed that he could be the quarterback of the future for the Packers, just depending on when that will be. He would be a great stash in dynasty leagues as there’s a chance he will be the full-time starter next year.

Player to Watch: Trey Lance. While he did have a highlight reel 80-yard pass to start his career, the rest of his day shows why the 49ers will be starting with Garappolo to begin the season. He finished the day 5 of 14 for 128 yards. So outside of his bomb, he was 4 of 13 for 48 yards. While he is still raw, he is a great asset in dynasty as he could climb up year after year, similar to how Josh Allen did.

Player to Watch: Deejay Dallas. There wasn’t many fantasy relevant players or storylines to come out of this game really. Deejay Dallas is not the backup to Carson in Seattle currently, but he did very well in the second half of this game. He had 5 carries for 24 yards and 2 receptions for 45 yards and a touchdown. So while he is not the backup, he will still be involved if Carson would go down.

Player to Watch: Xavier Jones. The second-year player, Jones, was the starting RB for the Rams in this preseason game. With Henderson sitting with most of the other Rams starters, Jones was able to show that he can be used while Akers is out for this season. He ended the day with 7 carries for 21 yards and 2 receptions for 6 yards. While Henderson will have the lead role, Jones will most likely play a factor for the Rams this season.

Players to Watch: Panthers Rookies. The Panthers rookies, Chuba Hubbard and Terrace Marshall, both made big plays in their debut game vs. the Colts. Marshall made a 60-yard reception, and Hubbard had a 59-yard run. Both players have a chance at fantasy relevance this year. While I think Marshall has a better chance, if Christian McCaffery were to miss any more time, Hubbard could vault up to be an RB2 in fantasy like how Mike Davis did last year.

Who were some other players you thought stood out this past weekend? Leave your thoughts in the comments below or @ me on Twitter @BigVerkamp!