Where Do the Colts Go After Ryan Trade? 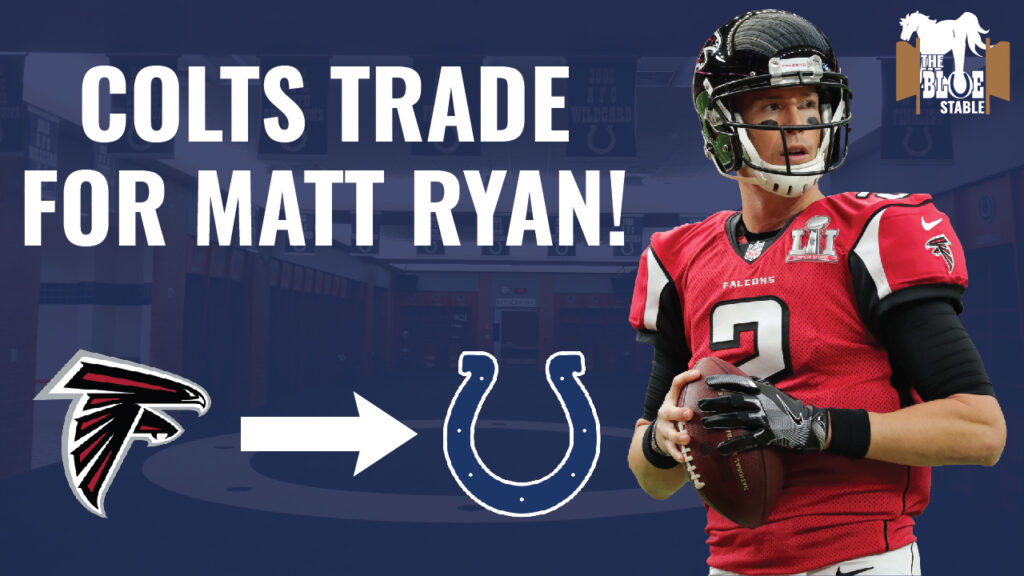 Colts fans endured weeks of uncertainty after Carson Wentz was traded to the Washington Commanders. We wondered if Garoppolo, Mayfield, or Mariota might be Indianapolis’s next quarterback. Given the differing skillsets of these three players, it was hard to find the right expectations for next season. Fortunately, that uncertainty was put to rest on Monday as Indianapolis traded for Matt Ryan.

The 2022 third-round pick sent to Atlanta and reasonable contract represent good value for Ryan. There have been some comparisons between Matthew Stafford last year and Matt Ryan. Whilst I’m not expecting Indianapolis and Ryan to win the Super Bowl next year, there are some reasonable similarities between the two. For years both played well and accumulated great statistics whilst playing for teams often in the bottom half of the league. Both also tended to be rated much more highly by their colleagues and competitors than by NFL fans more widely. Ryan is, of course, significantly older than Stafford and doesn’t have his arm cannon, but it did cost far less to acquire. In many ways, Matt Ryan on the Colts should be viewed as somewhere between Stafford on the Rams and Rivers on the Colts in 2020.

Having secured Ryan as their Quarterback for the foreseeable future, what does Indianapolis do next, and what are their prospects for the next few years? Having already made two significant moves in free agency in acquiring Ngakoue and Ryan, I don’t expect Chris Ballard to be especially busy in the rest of free agency. That being said, they have freed up some cap space by restructuring Ryan’s contract, space that could be used to sign free agents. I can see one more significant free agency signing to address a remaining need like Left Tackle, Wide Receiver, or the secondary. At the time of writing, the Colts are interested in Tyrann Mathieu but haven’t signed him or another big-name free agent like Armstead or OBJ.

It was thought earlier in the offseason Indianapolis might draft a Quarterback early this year, either if one fell to the second round or by moving up into the top half of the first round. That now seems unlikely. Chris Ballard doesn’t have too much draft capital to play with this year, and there are meaningful holes in the roster that need to be properly addressed in the draft. Were Mariota the Colts’ new QB, there might be a stronger case for focusing almost exclusively on building for the future. But given Ryan’s talents, it makes sense to look to recruit players who will make a difference in both the short and medium-term.

If Chris Ballard loves a Quarterback who falls to 42, he should draft them. Failing that, I expect Ballard to look to focus on drafting a wide receiver, left tackle, tight end, and a cornerback or safety with his first couple of picks. This would improve the Colts this season and stand them in good stead for years to come.

Matt Ryan should be a strong QB for at least two seasons. Still, Indianapolis will want to avoid another Rivers situation where he retires on the team without a viable replacement. If the team isn’t capable of winning a Super Bowl with Matt Ryan, they won’t want to keep Ryan for too long and then look to draft and develop his replacement whilst the likes of Nelson, Leonard and Buckner are nearing the ends of their primes. For these reasons, I expect Indianapolis will move up to draft their long-term Quarterback in 2023, where they’ll have more capital to play with and should be targeting a stronger QB class. Whoever they draft will then have the opportunity to learn under Ryan for a year or so before they are hopefully ready to take the reins and win big with the team. 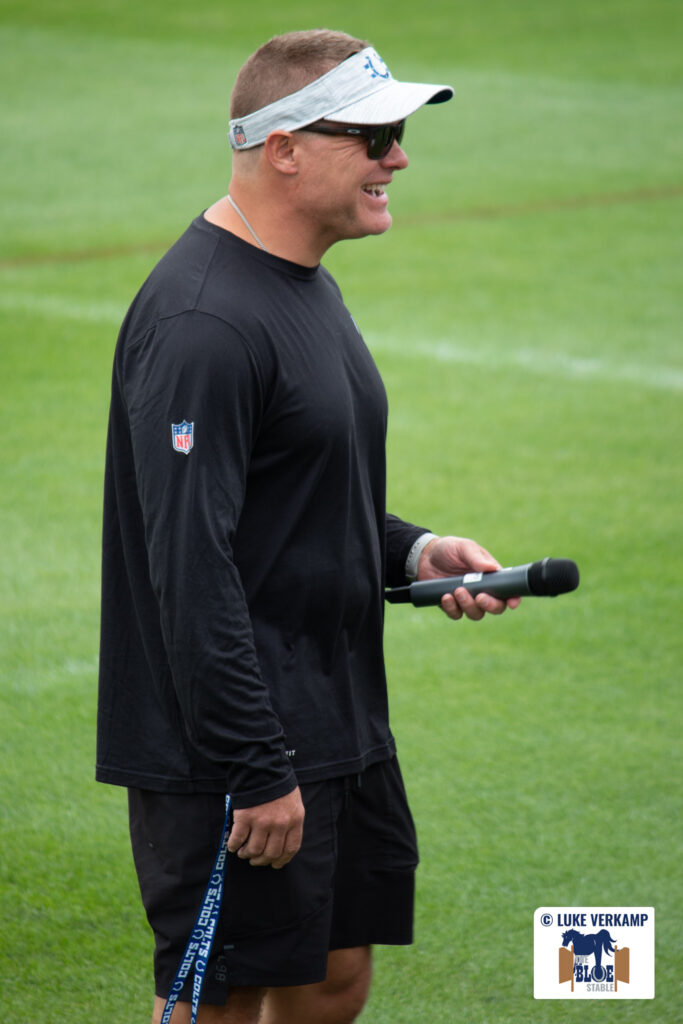 There are, of course, no guarantees this will come to pass, but what are the Colts’ prospects following the Ryan trade? We have to assume that Indianapolis will set similar goals in 2022 as we did in 2021. That means winning the AFC South and winning a playoff game. At this stage, Indianapolis needs to assume that only winning the division will give them a playoff spot. The AFC West is locked in an offseason arms race, and the AFC North contains a Bengals team that will have an offensive line, a Cleveland team with Deshaun Watson (if he does avoid suspension), and what should be a much healthier Ravens team. Not that the Bills, Patriots, and Dolphins of the AFC East should be forgotten.

The good news for the Colts is that they have a real chance to win the AFC South. I expect Ryan to offer a similar level of Quarterback play as Ryan Tannehill, or better play if Tannehill performs as he did against the Bengals in the playoffs. Statistically, the Colts had a good offense with Wentz under center, but I expect it to be better and much more effective in the fourth quarter with Ryan. I also expect the Colts improved pass rush to be significantly better, thanks to Yannick Ngakoue. This should, in turn, lead to a stronger performance from what was a pretty good defense last year. At this early stage, I expect Indianapolis to win the AFC South. They should have a chance to win a playoff game, but I don’t expect them to go deep into the playoffs. Although once you have reached the playoffs, anything is possible, as Cincinnati has reminded us.

I don’t expect Indianapolis to win a Super Bowl with Matt Ryan, although they should be a consistently good team with him. Ultimately, I expect the Colts’ future success to be determined by whether Chris Ballard can draft the right Quarterback in 2023. By the time the prospect in question has been drafted (if that is the path Ballard chooses) and spent a year learning under Ryan, there will be precious few years left of the primes of Buckner, Kelly, Nelson, and Leonard. Mahomes, Allen, and Burrow have shown how quickly an elite young Quarterback can make his team a genuine contender, but it’s certainly not straightforward drafting Quarterbacks of that caliber.

Acquiring Matt Ryan has allowed Colts fans to relax and feel optimistic about the season ahead. I expect it to be Ryan’s eventual successor who determines whether Jim Irsay’s wish of winning another Super Bowl is achieved in the next few years. The trade for Matt Ryan should give Chris Ballard the time to find that player and allow Colts fans to enjoy a couple of successful years.