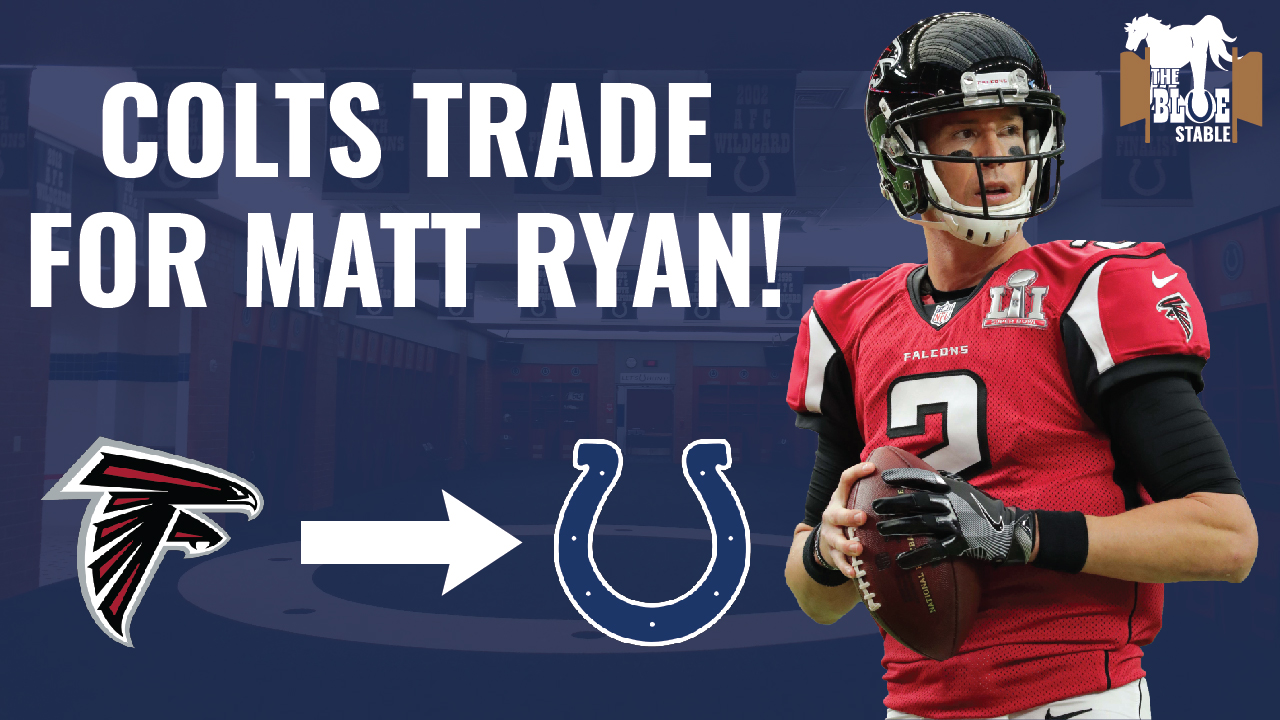 The Colts’ 2022 QB wait has mercifully ended, with Matty Ice being deemed the next Colts starting QB. After all the twists & turns, rumors, and speculation, the Colts finally got their man.

Matt Ryan was acquired for a very reasonable price:

Done deal: The #Falcons are trading former NFL MVP Matt Ryan to the #Colts for a 2022 third-round pick, sources tell me, @RapSheet and @MikeGarafolo.

Like each of the last 2 Colts QBs, Matt Ryan is coming off of a disappointing season and will look to get a Reich Rebound year in 2022. Last year’s numbers at first glance are not very impressive; however, further context give glimmers of hope for Colts fans:

The context missing in those stats? 200 pressures allowed by the offense + the 29th ranked pass blocking OL via PFF. His best WR, Calvin Ridley, only playing five games, and his best weapons were rookie TE Kyle Pitts (who admittedly is a really good TE), journeyman WR/RB Cordarrelle Patterson, and longtime WR3 Russell Gage. Outside of Pitts, the Colts have a strong case for a better supporting cast at WR, RB, & OL. Matt Ryan was ranked 15th by NFL.com’s QB Index in 2021, showing that he was an average QB despite his subpar support. The hope is with more stability around him and a better situation, he can improve to be a borderline top 10 QB in 2022 and provide the Colts with a short-term boost to contend in the AFC South Divisional race. For the next 1-2 years at least, Ryan can be a rock-solid QB and give the Colts time & a great mentor for a young QB to be groomed behind.

The 36-year-old passer might not be the long-term answer for the Colts, but there is room to be excited for him as the starter for 2022. Despite his age, he still seems to have a solid arm. His accuracy still remains to pinpoint, and his pocket presence is remarkable. His release speed is still really good & he makes good decisions with the football. He might not be the greatest athlete at the QB spot, but he has enough mobility to at times surprise a Defense.

I’m watching the full highlights again from the first game vs the Bucs. This is still the most unexpected play call in Atlanta Falcons history. Matt Ryan on the zone read run for the 2pt conversion. Usually he runs cause he has to. They designed this run for him. 🤯 #Creative pic.twitter.com/Ivrf9wULOz

In a reasonable worst-case scenario, the Colts get a mid-level Starting QB with strong experience, leadership, and football IQ that will help the supporting cast play better and lead the team. Best case scenario? The Colts surround Ryan with more talent through Free Agency and the Draft, and he has a big bounce-back season. I’m expecting in the middle as the Colts get a top 11-15 QB in the NFL to go along with a very stout roster. There are still several major needs, but now that the Colts QB situation has been answered for 2022, they can be a much more appealing spot to acquire further talent.