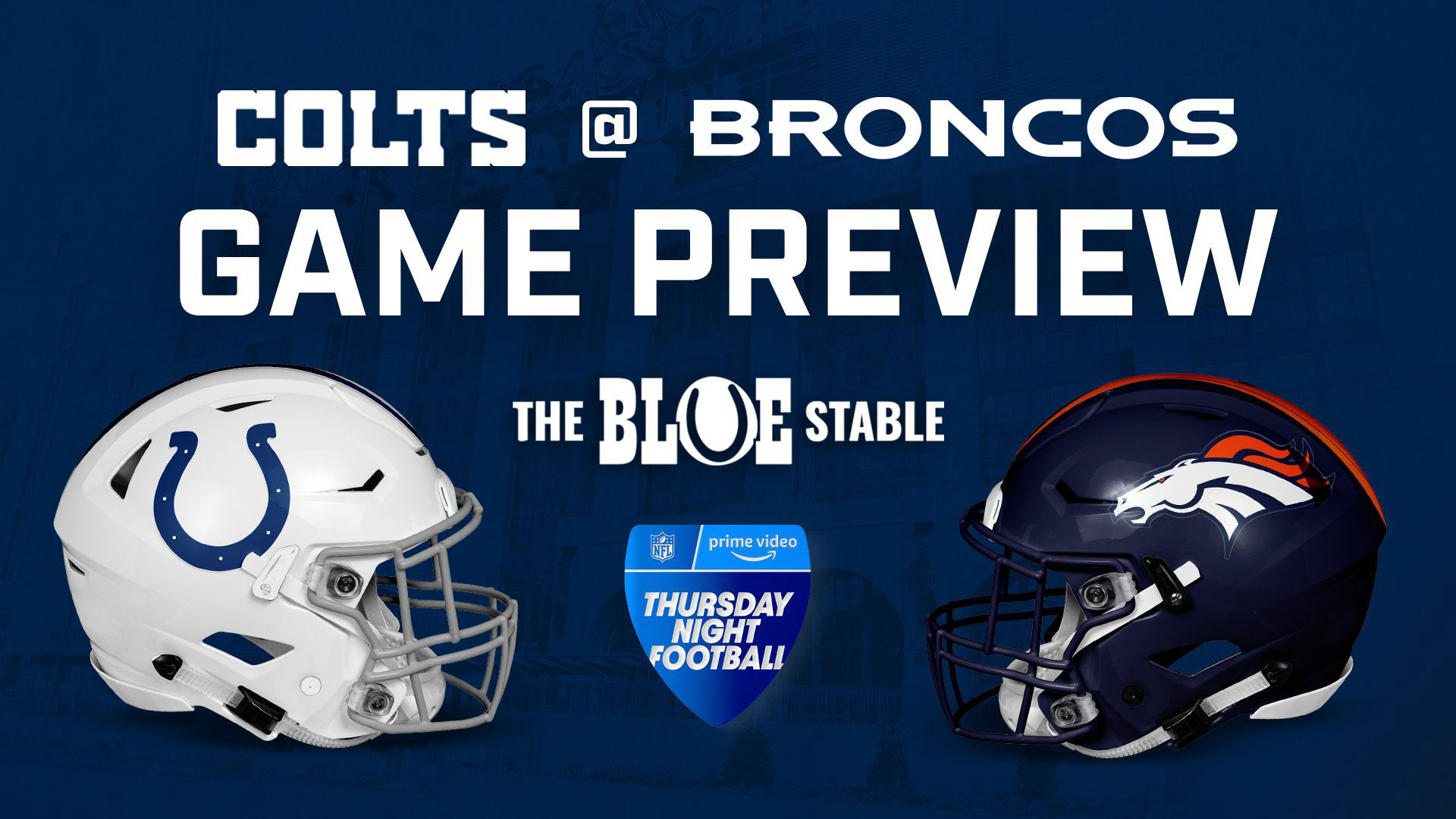 The slow start continued for the Indianapolis Colts this past Sunday when they hosted the Tennessee Titans. The Colts fell short of another comeback as the rival Titans left Indy with a 24-17 win.

Now they look ahead to a short week and a trip to Mile High to face the Denver Broncos. The Broncos are off to a slow start of their own, sitting at 2-2, and fresh off of a rough loss to the Las Vegas Raiders.

An opportunity to bounce back on the road against a team from AFC West might be just what the Colts need. Haven’t we all become accustomed to this team winning games they probably shouldn’t? Week 3 against the powerhouse Kansas City Chiefs was exactly that.

But the same question marks we had about this team were very apparent on Sunday against the Titans. Why does this team continue to get punched in the mouth early? Why is there so much investment in the offensive line but no protection? What happened to the rushing game?

One of the biggest issues during Frank Reich’s tenure in Indy has been digging themselves into a hole that they just can’t quite crawl out of. Whether it’s the offense gifting the ball to the defense or the #1 rush defense in the league disappearing in front of our eyes, this team finds a way to start slow.

Under Frank Reich the #Colts have had an under .500 record through the first 4 games of the season 3 out of 5 years:

In order to capture a bounce-back win in Denver, the Colts will need to execute from the opening kickoff. Despite the Broncos’ lackluster beginning to the season, their team is riddled with talent. Expect both teams to be fighting for a get-right win.

Jonathan Taylor exited the game against the Titans late in the 4th quarter with an ankle injury. The tests on that ankle came back clean. However, as we learned on Wednesday, Taylor is out for the game in Denver.

The Broncos are giving up almost 4.9 yards per carry. Raiders RB Josh Jacobs just had a career day on their defense, rushing for 144 yards and 2 touchdowns on 28 carries. Nyheim Hines and Phillip Lindsay should salivate seeing those numbers.

The #Colts are elevating RB Phillip Lindsay from the practice squad for tonight’s game against the #Broncos, per source.

So with Jonathan Taylor (ankle) out, Lindsay is set to make his Indianapolis debut against his old team in Denver.

That’s right, the Phillip Lindsay revenge game. Hines should see his normal workload and line up as a receiver more. Lindsay should see the bulk of the run game workload. A career 4.5 yards per carry rusher, Lindsay is more than qualified for the job.

Ball security is Phillip’s specialty. In 622 rushing attempts and 81 receptions, Lindsay has never fumbled in his NFL career. Frank Reich should have full confidence putting the ball in Lindsay’s hands.

During his time in Denver, Lindsay gained 2550 yards on 534 attempts to pair with 17 touchdowns. He also caught 77 passes for 465 yards and a touchdown. Phillip’s rookie year, 2018, he was a Pro-Bowler. It may not be a JT masterclass performance, but Lindsay is a serviceable back that should be looking for some revenge.

However, this all starts with the offensive line being able to run block. Through 4 games, the Colts are only averaging 3.5 yards per carry. If the o-line can create even some small windows, Hines and Lindsay should be able to make magic happen.

Stopping the run will be just as important. The run defense of Indy needs to get greedy again after letting Derrick Henry have his way last game. Not to mention, Denver will be without their 2nd year stud running back Javonte Williams.

The Broncos are averaging 4.2 yards per carry but will rely more heavily on Melvin Gordon III. Gordon has developed a problem of holding onto the ball and the defensive line of the Colts need to capitalize on that.

Gordon has 4 fumbles in 4 games so far this season. Everyone on the Colts defense should channel their inner Maniac and be ready to punch at the ball when he has it. For a defense that has produced the second-lowest number of turnovers in the league, finding opportunities to create them can produce the momentum needed to get the early season back on track.

My matchup to watch should be a fun one, Michael Pittman Jr. versus Patrick Surtain II. WR1 for Indy up against rising star and CB1 of the Broncos. It’s no secret Matty Ice loves his WR1, but how much will he be able to target MPJ?

Through 3 games, Pittman has 20 catches for 224 yards and a touchdown. A relatively quiet game on Sunday against Tennessee opened up the opportunity for others to get involved in the passing game. Alec Pierce, Mo Alie-Cox, Ashton Dulin, Kylen Granson and Parris Campbell all saw a few more targets in the last game.

That certainly helps the passing game begin trending upwards. However if this team is going to succeed, WR1 is going to have to win against the best corners in the league. He’ll get one of those opportunities on Thursday night.

Surtain II has quickly become one of the best young corners in the league. This season he has been targeted only 15 times, allowing only 8 catches for 45 yards and no touchdowns given up. For Pittman, this will no doubt be his tallest task yet.

At 6’2 and 200 pounds, you would assume Surtain to be a physical corner but he’s got the agility and technique to lock up anyone in this league. PS2 has already seen guys like Davante Adams and D.K. Metcalf this season, and held them both with ease.

Patrick Surtain II put on a clinic vs Adams in the first half. His feet are always so calm; never panicking or giving up space he doesn't need to. Crazy closing speed to pair with it. pic.twitter.com/tjcD6q7nxJ

Matt Ryan is not going to shy away from targeting his best receiver, but he’ll certainly be more cautious with Surtain shadowing him. Pittman has a chance to really solidify his WR1 status with a big game on Thursday. It will provide an extremely fun, competitive matchup.

Everything the Colts have shown me this season seems like a clear indicator that this football team is simply not good. A team that has no business going into Empower Field at Mile High and leaving with a win. But my eyes have watched this same story season after season.

This team starts slow, drops games it shouldn’t against bad teams (especially in the division), and everyone is burning Twitter to the ground with their hot takes. Then all of a sudden, everything clicks. The running game gets going, the defense is looking to take the ball away on every snap, special teams is firing away, and they just start winning.

Biased? Crazy? A sucker for an underdog story? Maybe I’m all three but give me the Colts on the road with a big win that brings life back into the Indianapolis fanbase. As far as score goes, my guess is Colts 24 – Broncos 13. Don’t give up too soon, Indy.