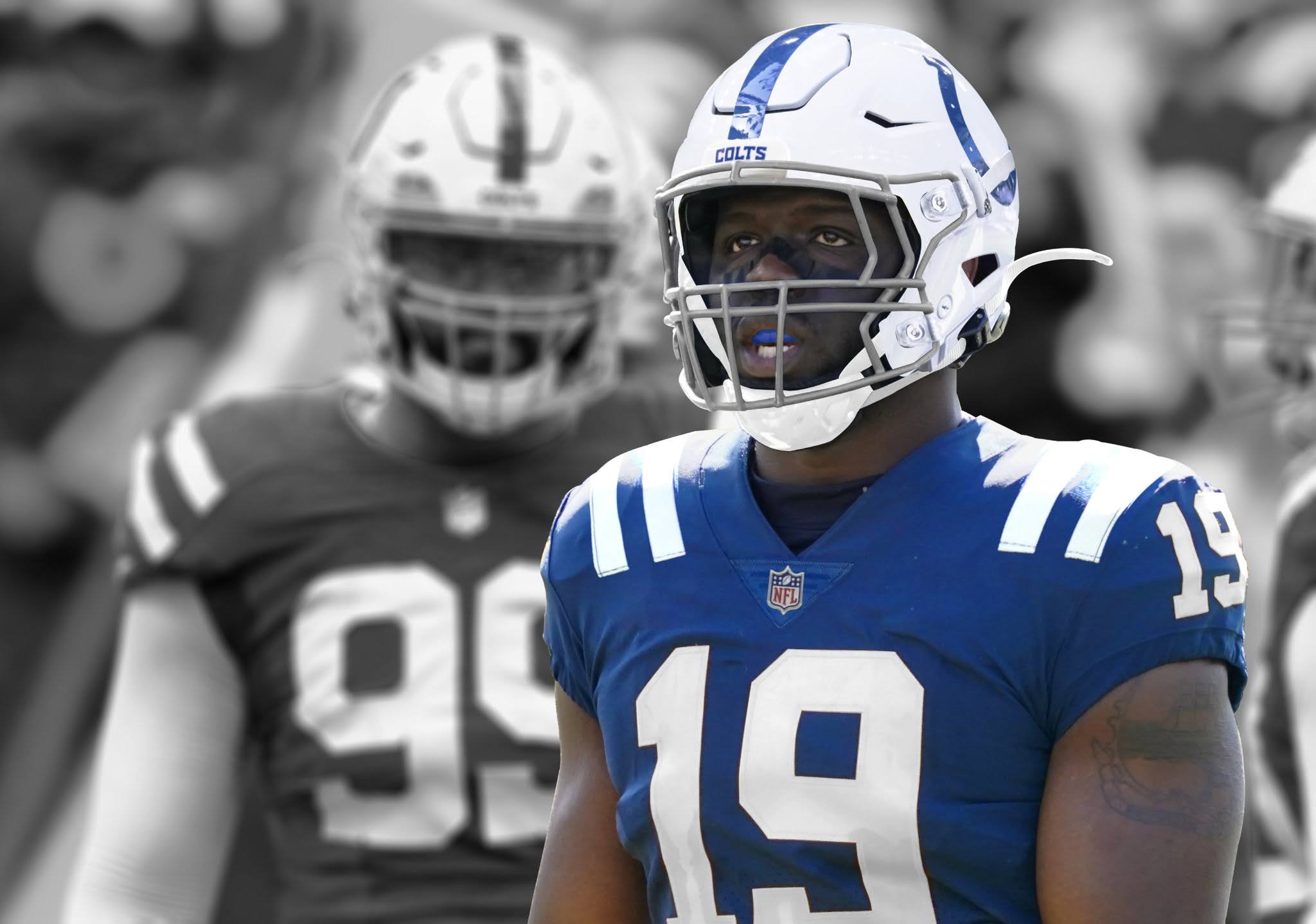 The Colts have had a better Offseason than you think

Home » The Colts have had a better Offseason than you think

The dust has settled on the NFL draft, and most of the excitement of the offseason is now probably behind us. There will likely be a few shocks and surprises before the season starts. But with the draft and the manic first stage of free agency in the past, NFL teams are largely set up for next season.

This week’s big news for Colts fans is the signing of left tackle Eric Fisher, ably covered by my colleague Lucas here. I was thrilled to see the news. I think Fisher has the potential to be a quality, cost-effective tackle for the next few years.

Fisher’s signing helpfully reinforced a theory I had last week. I believe the Colts have had a very successful offseason, even if they’ve only received lukewarm grades from pundits for their draft and free agency. I suspect the Colts offseason has been marked down because they’ve done things in the ‘wrong order.’

To clarify, when I say wrong order, I don’t mean the wrong order for the team’s prospects. I think the Colts have done things differently to the one expected and desired by fans. Because of this, journalists have downgraded each stage of the Colts offseason.

I can’t criticize anyone for grading teams’ drafts or free agency activity. We all judge teams’ selections and signings, whether we do that formally or informally. However, we need to be honest that we really have to look at everything as a whole if we want to assess how much better a team has got between seasons.

The Colts had a pretty clear hierarchy of needs they needed to fill this offseason. Finding a new quarterback became the team’s number one priority as soon as Phillip Rivers announced his retirement.

Replacing Anthony Castonzo at left tackle and improving the pass rush were clearly the other two areas the Colts needed to address. There were other areas like a wide receiver and cornerback it would have been nice for the Colts to address, but these were clearly secondary to those more pressing needs.

There was some debate about whether the Colts should try to find Rivers’ successor in the draft.  The draft capital the 49ers gave up to move up to eventually draft Trey Lance gives us an indication of how much the Colts would have needed to give up to secure their franchise quarterback.

Make no mistake, Justin Fields may have slipped on draft night, but the Colts would have had to move up to four to get their quarterback (and have been happy with whoever fell to them). The Colts are simply too good a team to go into the draft without a clear plan at quarterback.

With all that in mind, it was clear that free agency was the best way for the Colts to find their next quarterback. It was also quickly clear that Carson Wentz was the best option for the team. The Colts were never going to match the Rams offer for Stafford, nor should they have been willing to.

There was an understandable range of opinions on the Wentz signing. We all know how badly he played last year and how well he played earlier in his career. There is also a broad agreement that the Colts are the best-placed team to get Wentz back to his best.

The Wentz trade was agreed upon before the formal start of free agency and was fairly graded. It when free agency formally began that I believe people started to misjudge the Colts offseason moves.

As free agency formally began, many expected the Colts to aggressively pursue one of the many available edge rushers. I, for one, was hoping we’d sign Yannick Ngakoue.

Of course, the Colts didn’t sign Ngakoue; in fact, they didn’t sign anyone over the first few days of free agency. This shouldn’t have been a surprise to anyone, given it’s typically the way Chris Ballard does business. It certainly shouldn’t be a surprise when you consider the expensive contracts given to players like Hendrickson, Floyd, and Dupree.

The Colts didn’t take any edge rushers in free agency and even let veterans Justin Houston and Denico Autry go. Instead, they focused on resigning key veterans TY Hilton and Xavier Rhodes. They also prioritized keeping enough salary cap in the back pocket to pay Leonard, Smith, and eventually Nelson. When you’re a good team like the Colts are, a large part of your job is just keeping your good players. Just ask Tampa Bay.

The Colts largely got middling grades for their free agency largely because of their pass-rushing situation.

Fast forward to the draft, and everyone is expecting the Colts to aggressively pursue a left tackle. Personally, I was hoping the Colts would take a left tackle in the first round, especially when Darrisaw was still on the board.

We now know that didn’t happen, with the Colts instead taking Kwity Paye and Dayo Odeyingbo in the first two rounds. It was encouraging to watch With the Next Pick and see the excitement Ballard, Irsay, and Reich had when picking Paye and Odeyingbo.

Paye was a popular pick amongst fans and pundits alike. Odeyingbo was a more surprising pick and therefore tended to be graded lower. The fact the Colts didn’t draft an out-and-out-left tackle hurt their draft grades. As a result, the Colts got a mediocre draft grade to go along with their mediocre free agency grade.

Despite the fact, the team had aggressively and probably successfully targeted one of its top two needs in the pass rush. A need everyone was lambasting them for not addressing in free agency weeks earlier.

By the time the draft had ended, the Colts had found their new franchise quarterback, added two exciting pass rushers, and resigned Hilton and Rhodes. The only major piece missing was a left tackle.

Fast forward to this week, and the Colts signed Pro Bowler and Super Bowl-winning left tackle, Eric Fisher. Fisher is, of course, still recovering from an Achilles injury. It’s not yet clear when Fisher will be ready to play. He could be ready for the start of the season but could equally miss the first six weeks.

The Colts worked hard to improve their offensive line depth this offseason, and Chris Ballard seems confident Sam Tevi can do a capable job at left tackle if required.

The fact Fisher has been signed on a one-year deal suggests the team is confident he’ll be ready for play for most of the season. However, he won’t be rushed back before he’s ready.

Personally, I’m relaxed about Fisher missing the first few weeks of the season. I think Tevi and the rest of the offensive line are good enough to get by without him. What is important is that Fisher is back and at his best for the playoffs. The more games he’s healthy for before then, the better.

In an ideal scenario, Fisher will be able to play at left tackle at a high level for the Colts for the next few years. Even if this doesn’t happen, there’s a real possibility Fisher can capably fill the position until the Colts can draft his long-term replacement.

As a whole, I think the Colts have a very successful offseason. They’ve addressed their top three needs, retained some key players, and haven’t jeopardized the franchise’s long-term future through expensive trades or exorbitant contracts.

Yet were you to read the grades given to each stage of the Colts offseason, you might be left with a very different impression of the team’s work this offseason.

Does it matter that the Colts addressed the pass rush in the draft instead of free agency as people expected? Or that they found their left tackle in free agency this week instead of the first round of the draft? I don’t think it does.

Last year’s roster was talented and well-rounded. It looks like the Colts have managed to get better at some key positions whilst adding some important depth. It’s by no means a perfect roster, but it certainly looks like one capable of winning the AFC South and winning some playoff games.

If the team does manage to make a proper playoff run, these draft and free agency grades will become a distant memory, and the NFL will once again be singing Chris Ballard’s praises.