By Ian KennedyMay 14, 2021No Comments
Embed from Getty Images

Now that the schedule has officially been released, teams and fans can now mark some of the biggest match-ups on the calendar. Teams now can look to Rookie Mini-Camps and OTA’s to prepare themselves for the 17 game season ahead.  For the Indianapolis Colts, the roster has been upgraded severely through the draft process and re-signing some of our own valuable free agents. The most recent being Monday’s signing of former 2013 No. 1 overall pick Eric Fisher (Read more on this signing by our own Lucas Robins here: https://www.thebluestable.com/colts/colts-sign-eric-fisher-fans-can-exhale/). In this article, I go through and give my in-depth thoughts on some of the biggest games for the Colts this season and give an overall record prediction.

The Colts open up the season by welcoming Russell Wilson and the Seattle Seahawks into Lucas Oil Stadium. The Seahawks come in with not much changed throughout the free agency; they lost a key to their defensive backfield in Shaq Griffin. The Seahawks are still a formidable team to compete against. With the Colts having boosted their defense with the likes of Kwity Paye and the re-signing of Xavier Rhodes, and the depth pieces added in free-agency, my prediction is the Colts open up the season with a victory on their home turf.

Week 2 sends the Colts out to Los Angeles to take on the Rams and new Quarter Back Matthew Stafford. The Rams now have, in my mind, a better passer under center to add to a multitude of offensive weapons.  This is one game that has the chance to be either a win or loss for the Colts. This game will not be a runaway for either team. In the end, I will predict that the Colts will edge out Los Angeles in a tightly contested game.

The first of the AFC South opponents come in the form of the Tennessee Titans in week 3. Tennessee, in recent years, has been the one division rival whose games have been more tightly contested than it has been in years past. Stopping Derrick Henry is always the key to victory, but that is in no way taking anything away from the throwing ability of Ryan Tannehill. The Titans have also bolstered their defense with the signings of Denico Autry and Bud Dupree through free agency, as well as drafting Dillon Radunz in the second round to upgrade their offensive line. This game will be a close one, but I see the Colts losing this match-up on the road and defeating the Titans at home in week 8.

Week 4 takes the Colts down to Miami to face Tua Tagovailoa and the Dolphins. What once would look like an easy victory this year seems to be another good back and forth game. Tua didn’t show too much in his rookie season with the Dolphins, but he is not a Quarter Back I would question the abilities of. The Dolphins have a very skilled Wide Receiver room with the likes of Devante Parker, Will Fuller V, and the newly drafted Jaylen Waddle. The Dolphins will be a very tough opponent for many teams and is a team that will exceed expectations. I predict that the Colts will end up losing in a close game in Miami.

Week 5 brings the Colt’s first prime time game when they head to Baltimore to take on the Ravens on Monday Night Football. The Colts lost to the Ravens last season 24-10 and will seek redemption on national television. The Ravens team comes into 2020 mostly unchanged but have boosted their receiving corp. With the 27th overall selection of Rashod Bateman out of Minnesota. This game will be a good one to watch, and I predict that the defense will come up big in stopping Lamar Jackson, and the Colts will come out victorious on Monday Night Football.

Weeks 6-9 bring 3 more divisional match-ups and 2 more prime time games. The Texans in week 6 seem to be in shambles with the uncertainty of the legal issues surrounding Deshaun Watson, looking like they will not be going away soon. Without the backbone of their offense, I predict that the Colts will be victorious here and also on the road in Houston in week 13. Week 7 takes the Colts to San Fransisco to take on the 49ers on Sunday Night Football, a team that begins the season with a Quarter Back battle in camp between Jimmy Garoppolo and 3rd overall selection Trey Lance. The 49ers did not do much to upgrade their team at any other key position makes this a match-up the Colts should emerge victorious from. Week 8 welcomes Tennessee to Indianapolis. As previously stated, I believe the Colts will win at home against the division rival. In week 9, the Colts get a rare home nationally televised game when they host 2nd overall pick Zach Wilson and the New York Jets for Thursday Night Football. The Jets are a team that comes into the season much improved on both the offensive and defensive sides with the free-agent signings of WR Corey Davis and DE Carl Lawson. This will be a back and forth game in which the Colts will be victorious.

In week 10, the Colts will get their 1st look at #1 overall selection Trevor Lawrence, when they host the Jacksonville Jaguars. The Jaguars made many moves to boost their offense and defense; they also drafted Travis Etienne and signed Carlos Hyde, Shaq Griffin, Jihad Ward, and Marvin Jones Jr in free agency. The Jaguars look to be more improved, and where I believe they are capable of winning this game, I still predict the Colts to win this game and again on the road in Jacksonville in the final game of the regular season.

In what many Colts fans will see as a big test, week 11 sends Indy out to Buffalo to play the team who eliminated them in the 2020 NFL Playoffs. It’s hard not to see this as one of the biggest games of the season when you look at what Josh Allen has done in his career thus far. He is one of the great young Quarter Backs in the game today. The Bills did not change much in the off-season aside from the draft and free agency signing of Emmanuel Sanders, who will join Stefon Diggs and Cole Beasley on a very potent Bills offense. This game, I predict, will be as close, if not closer than the playoff game of last season, but the Bills again will be victorious in a hard-fought game that goes down to the wire.

Week 12 brings a familiar foe back to Lucas Oil in the form of Tom Brady and the Super Bowl Champion Tampa Bay Buccaneers. Tom Brady has seemingly had the Colts number in the past few meetings between us, and needless to say, some of those games haven’t been very close. A team that brought back all of their weapons, including Rob Gronkowski, Antonio Brown, and Shaq Barrett, the Bucs will be a very tough opponent. This game will be a back and forth affair that I predict we will, unfortunately, lose.

Moving past the week 14 bye, the Colts welcome Bill Belichick into Lucas Oil Stadium alongside Cam Newton and possibly newly drafted Mac Jones in week 15. The Patriots, for lack of a better term, went ALL OUT in free agency, signing big names such as Jonnu Smith, Hunter Henry, Jalen Mills, and Nelson Agholor. The Patriots are not the powerhouse they were in the past with Tom Brady under center but are still a formidable opponent. The Colts should still handle business in this one, with the defense coming through in key moments leading to a victory.

On Christmas Day in week 16, the Colts will travel to Arizona to take on the Cardinals in what looks to an excellent game and one that has the potential of having some playoff implications in regards to seeding. The Cardinals shook the entire NFL community when they made a blockbuster trade to acquire JJ Watt from the Houston Texans at the very start of the off-season. Adding to an already talented group including Kyler Murray and DeAndre Hopkins, the Cardinals look to be the team to beat in the NFC West. This Christmas Day showdown will be one that the Colts will fall short.

In the final game to discuss, having already predicted the season finale against Jacksonville, the Colts will host the Las Vegas Raiders in another repeat match-up from last year. The Raiders boosted their defense by adding Yannick Ngakoue in free agency. The Colts defeated 44-27 last year did not do much to improve aside from adding Alex Leatherwood to the offensive line. I predict the Colts to take care of business once again and defeat the Raiders.

Overall, my record prediction for the Colts at the end of the season will be 12-5, and I will also predict that they will be AFC South Champions once again heading into the playoffs looking to do some damage led by Carson Wentz, Ty Hilton, Darius Leonard, and head coach Frank Reich.

You wait months for the NFL season to start, full of excitement and hope. After…
SebastianBench 0

The Colts are in for a rough season this year. With the news that Carson…
Austin Isaac 0 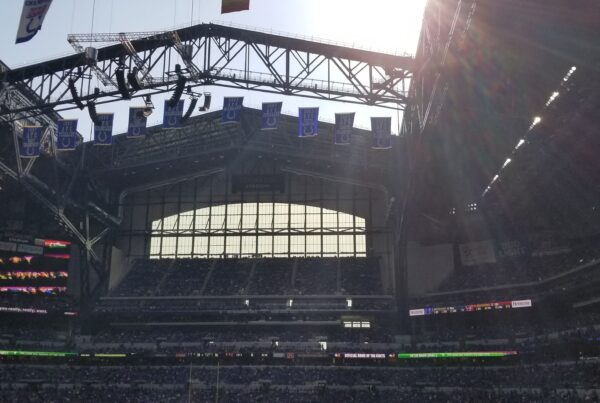 Toppling the Titans: How can the Colts stop Tennessee?