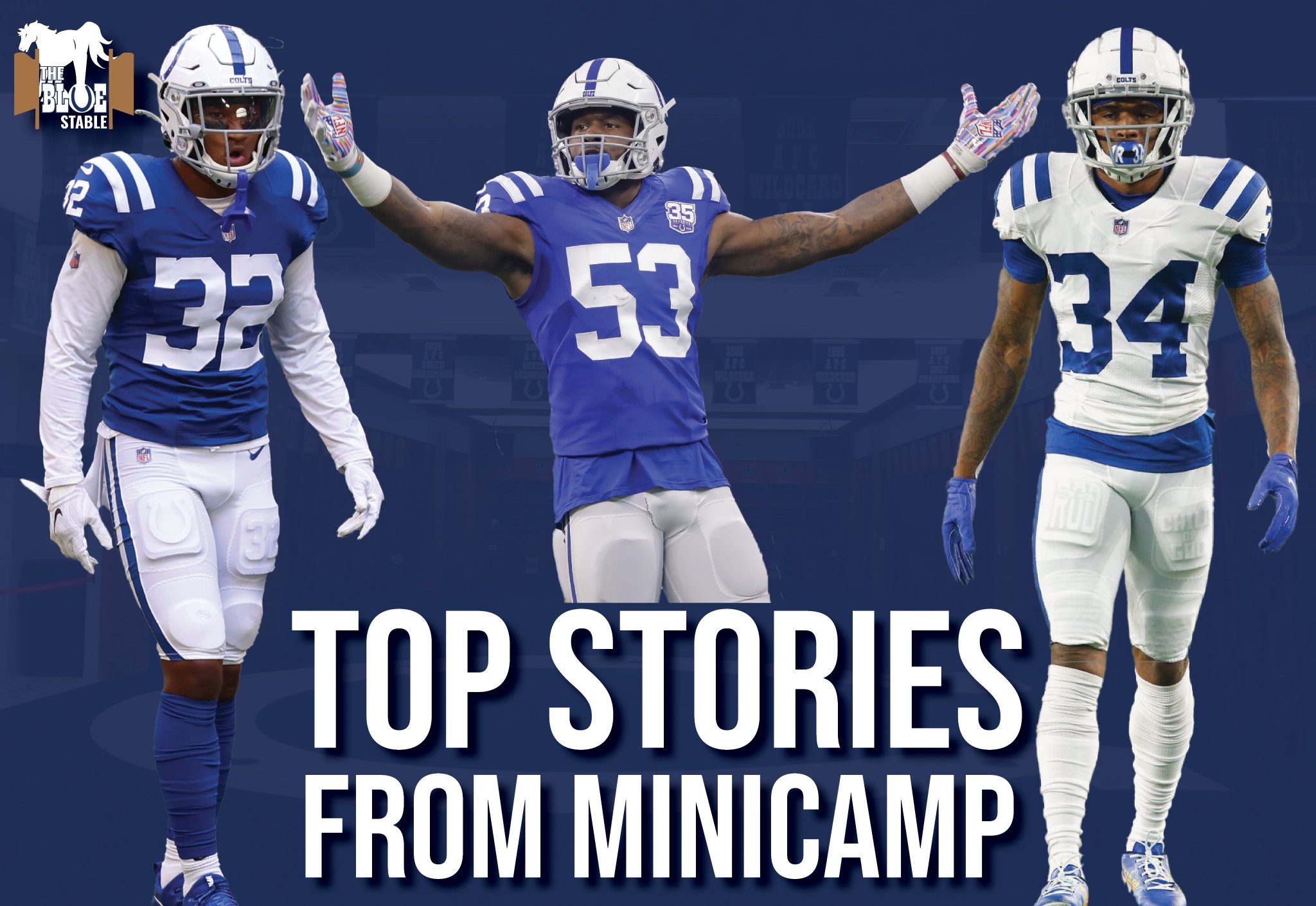 By Zach SchankermanJune 10, 2022No Comments

What would another week of practices be without Colts news? Not fun; That’s what it would be! With that being said, this was an extremely fun week of practice for the Colts, and there is a lot to take away. So, sit back and grab your favorite beverage as we head into the weekend, and let us discuss what happened!

Before we dive in, I was a guest on The Blue Stable Podcast on Wednesday, where we broke down the headlines from the beginning of the veteran minicamp and also did some rankings (some of which were very controversial).

I accept none of the blame for the controversy around the takes I made, which I highly recommend you check out here:

The Colts made some interesting roster moves

This was noteworthy for multiple reasons. First, the fact that the Colts waived Jordan Glasgow, who they drafted last season and had been a solid special teamer, was a surprise cut to a lot of people, including myself.

However, I think Glasgow being waived says a lot about what the Colts think of undrafted rookies Sterling Weatherford and Jojo Domann. Reports from our own Destin Adams and Rashaad McGinnis have confirmed that as well.

I’ve heard so much praise from 3 different team sources about UDFA LB JoJo Domann. You have to think his performance has a lot to do with Glasgow getting such a early boot. https://t.co/hnAj7SIOPy

What’s also notable about these moves is that the Colts waived two players and only added one. Naturally, this has led many Colts fans to speculate that the team is bringing back T.Y. Hilton or another veteran of a similar caliber.

I would keep your Twitter notifications on as we head into Training Camp because I think the Colts may make some more moves.

Reich on WR: I feel real good about the group! I’ll leave it up to Chris Ballard if he wants to make a move. @WISH_TV

Speaking of T.Y. Hilton, Frank Reich discussed at the end of minicamp how he likes the group of receivers he had but left it up in the air about whether they would add another veteran to the group. At this point in the off-season, as much as I don’t like bringing him back, I think the Colts could bring back T.Y. Hilton. Especially with the fact that they waived two players and only signed one back, as mentioned before.

I also found it fascinating how he put it all on Ballard to add a veteran wide receiver as well. Why? I understand Ballard is the General Manager, but he’s known to be one of the more collaborative GMs in the league. What Reich said definitely makes you think, that’s where I’ll leave that.

Frank Reich on @Colts CB Isaiah Rodgers, who's had a number of standout moments over OTAs and minicamp: "We feel like Isaiah’s a great cover corner. Smart, instinctive, great ball skills. … He’s continued to progress really well. We got a lot of confidence in Isaiah."

Isaiah Rodgers is continuing his ascent

A great development for the Colts, Rodgers is continuing to develop into a great player, and Coach Reich is thrilled where the young corner is going. If you listen to Wednesday’s episode of The Blue Stable Podcast, I sang Rodgers’ praises and spoke very highly of him.

The team feels terrific about Rodgers, and I believe if Rodgers is as good as advertised, he can be the x-factor this year. He could easily take our defense from top 15 to top 10, depending on how he plays. So I’m excited, and Coach Reich is too, which makes me even happier.

.@Colts DC Gus Bradley on Kwity Paye's versatility to play LEO/big end: "You’re looking for those combination type guys. He fits in nice with us because he has some speed, athleticism but that strength also to hold a point out that you need from a big end or a left end."

A positive regarding Ngakoue’s voluntary absence, Paye was able to play both end spots on the defensive line, and he impressed his coaches. The Colts need the second-year EDGE rusher to take another step this year.

Like Rodgers, if Paye takes another step, this defense’s ceiling is even higher. Wouldn’t it be nice to have a good pass rush again? I think it would be, and it looks like things are trending that way!

Update from the Colts on star LB Darius Leonard: No second surgery on his ankle, but he has been having back issues that require surgery. Operation is today. He’ll miss some camp time but the team’s expectation is he’s ready for the regular season.

Probably the worst news of this week comes with the news of Leonard having surgery. On the bright side, it appears that Leonard will be ready for the regular season. Also, multiple reports indicate that Leonard’s back surgery will help his ankle, which is another positive for Leonard’s health and the Colts going forward. From what we know, this sounds like a good operation for Leonard to have undergone, and I can’t wait to see the maniac wreak havoc on teams this season.