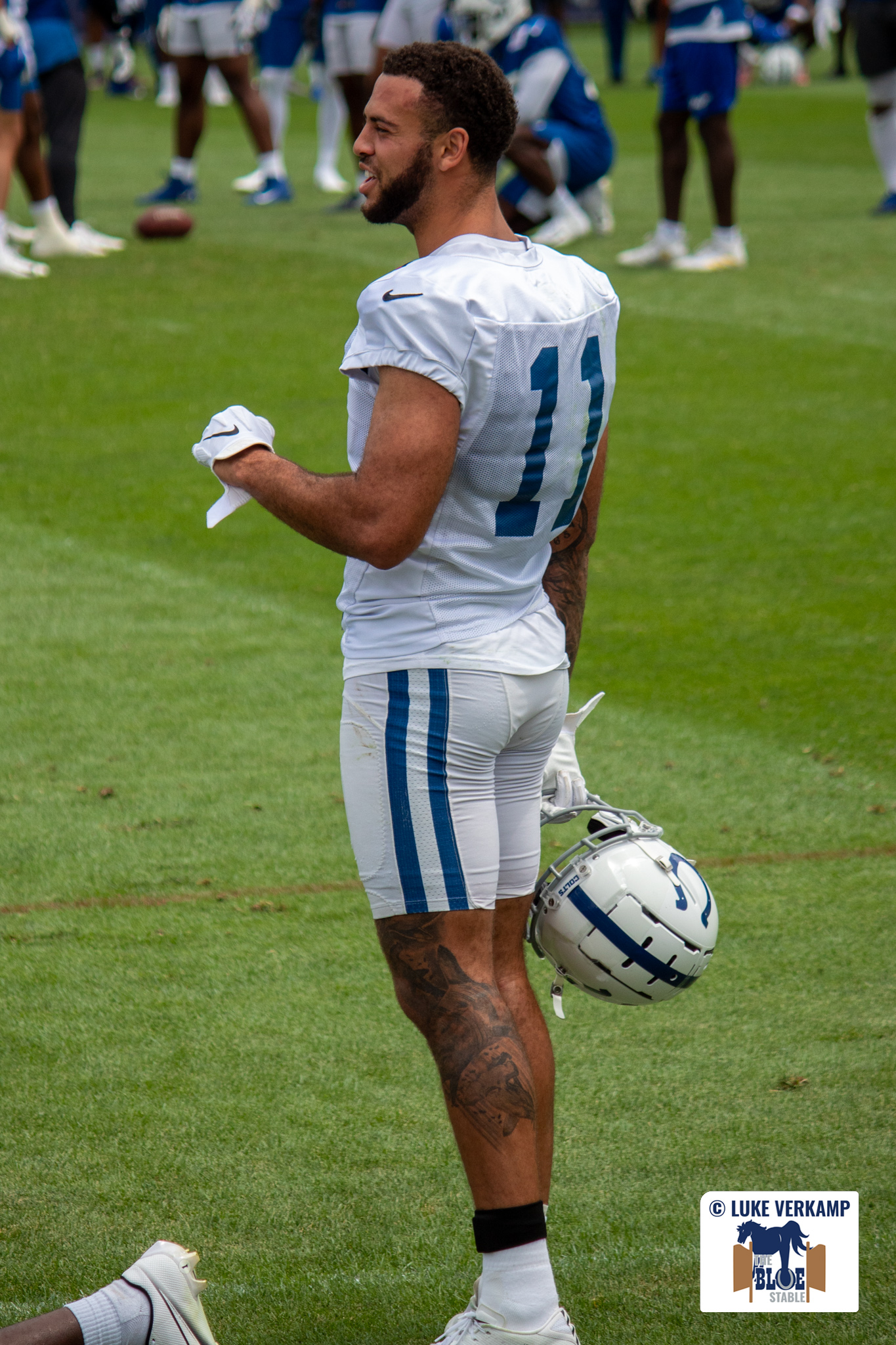 I’m expecting a big game for the PittMAN this week. Here’s why I think he comes through in a big way for this team in a much-needed win. If you’ve followed my writings with the Blue Stable. You’ll know I’ve become accustomed to calling Michael Pittman Jr well Michael PittMAN! The reason for that is that he’s a grown a** man on that field. He’s quietly becoming a star on prime time. Say it with me, people Primetime Pitt.

Last season PittMAN had his first 100-yard receiving game on prime time. This year in prime time, he’s scored both times. He was totaling 194 yards and two touchdowns. PITTMAN, in my opinion, has had a breakout season for the Colts this year. In the beginning, it was looking like the Wentz and PittMAN connection looked like the new Andrew and TY. Two peas in a pod if you would. The two looked damn near unstoppable together. However, after the Jacksonville game, it seemed like he’s quieted down a bit. I think another Primetime game is exactly what he needs to get hot again for a playoff push/run. Now more than ever is a perfect time for him to earn his new nickname of Primetime Pitt.

A rivalry game on Primetime vs. a defense that is stingy to receivers would be the perfect time for PittMAN to have a monster game. As I stated, this Patriot defense has been lights out vs. the pass, including a heavy pass rush to make the cornerback’s jobs easier. We know Bill Belichick all too well…unfortunately. Bill will take away your strongest asset and make it a liability. Meaning Jonathan Taylor could see a heavy stacked box. We’ve also seen in the past that Frank Reich isn’t afraid to allow Carson Wentz to throw the ball and beat teams through the air if the run game isn’t available. I fully expect the Patriots to sell out for the run to limit the success of Jonathan Taylor, which means more opportunities for PittMAN.

What do I expect from PittMAN on Saturday? I expect him to receive 7 catches for 86 yards and a touchdown. PittMAN has a good chance of catching a JC Jackson shadow who’s having a breakout season of his own. PittMAN will either produce in this game and prove to those still doubting the legitimacy of PittMAN being a WR1 or he’ll show that he still needs to work on his game to become that WR1 of the future.

This is a must-win game for the Colts to prove their legitimacy in the AFC. Beating the number 1 team in the division would prove that this team is a Super Bowl contender. If the Colts are going to win this game again, we know Bill and his tendencies to take away the number 1 threat. Pittman and the rest of the receiving crew will need to step up this game.

Do you like the Primetime Pitt name? Do you think JC Jackson will be too much for Pittman to handle? How many yards do you think Pittman will have? @ me on Twitter with your answers @firstsnap