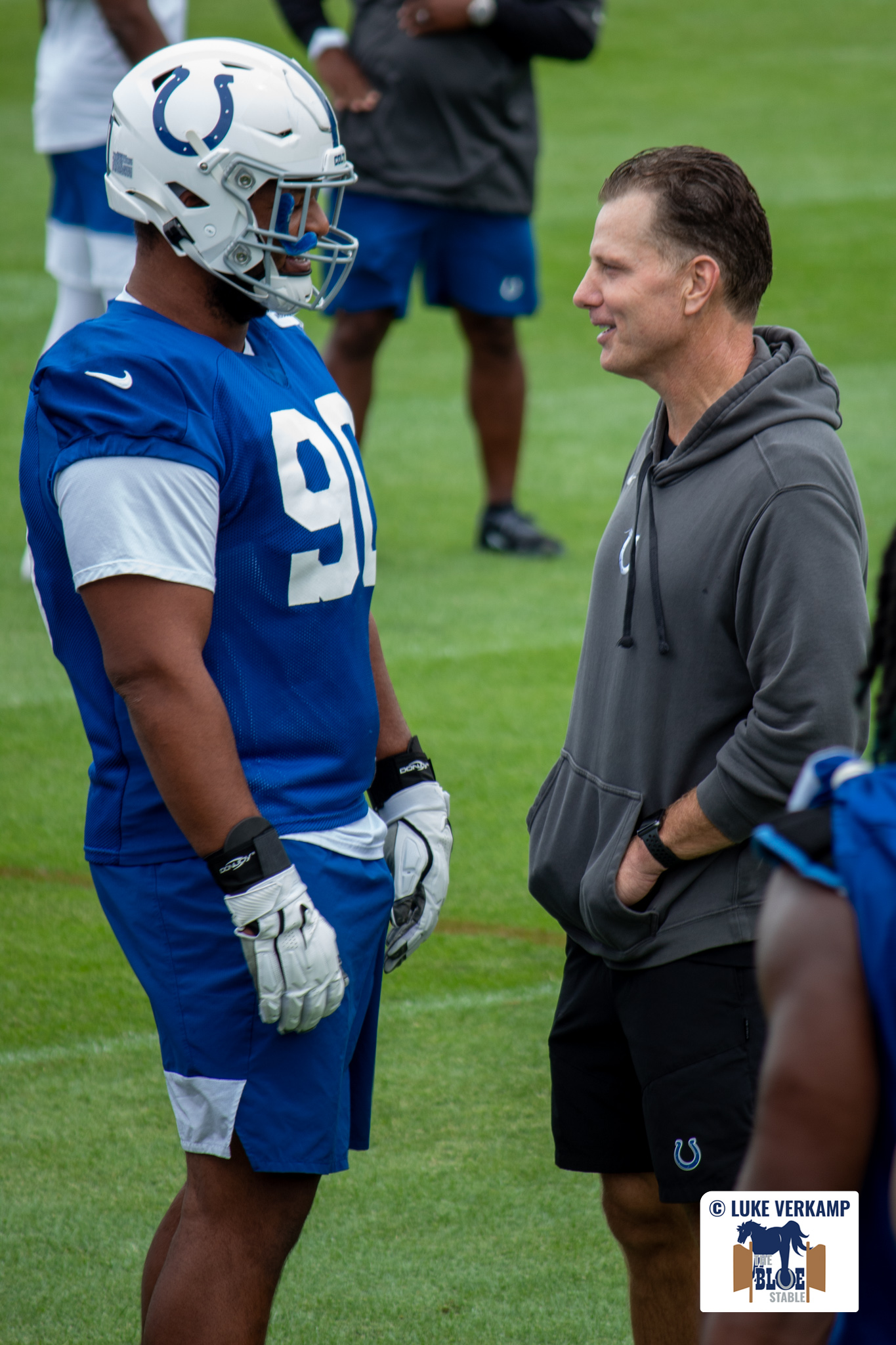 Who will replace Matt Eberflus? That is the question the Indianapolis Colts are asking with reports from multiple outlets indicating Matt Eberflus as a leading candidate for the Jacksonville Jaguars Head Coaching Position and receiving interviews by the Chicago Bears for their Head Coaching Position. I think it is time to talk about a potential change at the Defensive Coordinator spot in Indianapolis and several great candidates come to mind. (Zach)

Before we delve into that, I would like to discuss what kind of candidate the Indianapolis Colts should be looking for in their next Defensive Coordinator. The next Defensive Coordinator for the Indianapolis Colts should be someone who runs a scheme predicated on turning the ball over and stopping the pass, not the run. It’s no secret the NFL is a Pass-First league, and I think that while Matt Eberflus is a good Defensive Coordinator, his defense prioritizes the wrong things and the Colts need someone that is data-driven and open to a different approach. Nevertheless, Matt Eberflus is a good defensive coordinator and a leader of men, which should bode well for him if he lands a head coaching position. (Zach)

Coach Dave Borgonzi has been with the Colts for four years as an LB coach, who’s responsible for the development of Darius Leonard, Anthony Walker, and Bobby Okereke in his time in Indianapolis. Coach Dave Borgonzi has spent time in Dallas with Matt Eberflus for three seasons as an Offensive/Defensive Assistant and spent time in Tampa Bay for four years working as a Defensive Quality Control/Assistant Linebackers coach. In short, if the Colts want to employ a similar scheme and promote a young football coach who is on a similar career path to Matt Eberflus, I think Dave Borgonzi should be a top internal candidate they look to replace Coach Matt Eberflus. (Zach)

Coach Alan Williams has been in the business for a long time. He has 30 years of experience coaching football. In his time with the Indianapolis Colts, Coach Williams has been responsible for coaching the Safety position and has developed Khari Willis and Julian Blackmon into great football players. He has forgotten more football than I have learned. In his time in the NFL, Coach Williams spent a year as a Defensive Backs coach for the Tampa Bay Buccaneers coaching under Tony Dungy and working with John Lynch and Ronde Barber. He then spent a decade in Indianapolis under Coach Dungy and Coach Caldwell as a Defensive Backs Coach, where he developed Bob Sanders and Antoine Bethea. Alan Williams also spent a couple of years as Defensive Coordinator for the Minnesota Vikings, and the team had a lot of success with him at the helm. He then spent several years as the Detroit Lions under Coach Jim Caldwell as Defensive Backs/Safeties coach, where he coached Darius Slay, Glover Quin, and Quandre Diggs. His track record as a coach who develops players and his background coaching similar schemes to the one the Indianapolis Colts employ make him a great candidate to replace Coach Matt Eberflus. (Zach)

This may or may not be fantasy booking, but I genuinely think each of these changes has a shot to be in Indianapolis IF Eberflus will be a Head Coach next season. While I feel Frank Reich may look in-house for a potential replacement, I like to think Frank Reich and Chris Ballard will make a splash and hire a big fish. (Joshua)

Chris Ballard has talked repeatedly, winning up front and disrupting the quarterback. He’s always said, “you win upfront” you want someone who’s going to make damn sure you’re getting to the quarterback Wade Phillips will do that. At 74 years old, it’s safe Phillips isn’t looking to be a head coach of any team. Chris Ballard could be pretty persuasive to him. Who wouldn’t want to oversee Darius Leonard, Deforest Buckner, and Kenny Moore II? In 2020 Phillips tweeted this out:

Watching and waiting the League not one team. Just looking to see if I can get an opportunity to help someone Win.

Wade is waiting for the call. His defenses have been elite in the past, and there’s no reason he can’t shape this defense into a championship-tier defense.

in his past five years as defensive coordinators, he’s never had a team finish outside of the top 10. Wade Phillips has coached multiple players who won Defensive Player of the Year awards, including Aaron Donald, JJ Watt, and Reggie White. I’m not saying Aaron Donald is the player he is today because of Phillips, but he may have played a role in guiding that season. (Joshua)

What has been the issue with Indianapolis? The secondary has been an issue for the Colts when they have a significant lead. Kris Richard could be a name to watch for the Indianapolis Colts. In 2019, the Cowboys finished second in opponent third-down percentage 33.3%, pass defense 10th at 223.5 yards per game. Richard was also a major factor in the LOB (Legion of Boom) in Seattle. Richard is no stranger to a defensive coordinator having a stint with the Seattle Seahawks. Richard is well respected around the league and would make day one impacts with the Indianapolis Colts on the defensive side of the ball. The secondary under Richard would become a strength of the team rather than a liability late in games. Everywhere Richard goes, he brings an immediate impact in the secondary. (Joshua)

The Denver Broncos fired Fangio following the end of this season. Just because he couldn’t hack it as a head coach does not mean he can’t coach. While I’m Denver, Fangio never lacked a defensive presence. The issue was always on the offensive side of the ball. I highly doubt many teams are looking at Fangio for head coaching openings, but he will undoubtedly be one of the hottest defensive coordinator candidates on the market. At age 63, Fangio would bring a ton of experience to the coaching staff. Vic Fangio is one of the most respected coaches in the league. Getting him in Indianapolis would be a major splash for the Indianapolis Colts and Chris Ballard. The Colts have a Super Bowl-ready team, and Fangio can tool a Super Bowl-winning defense. (Joshua)