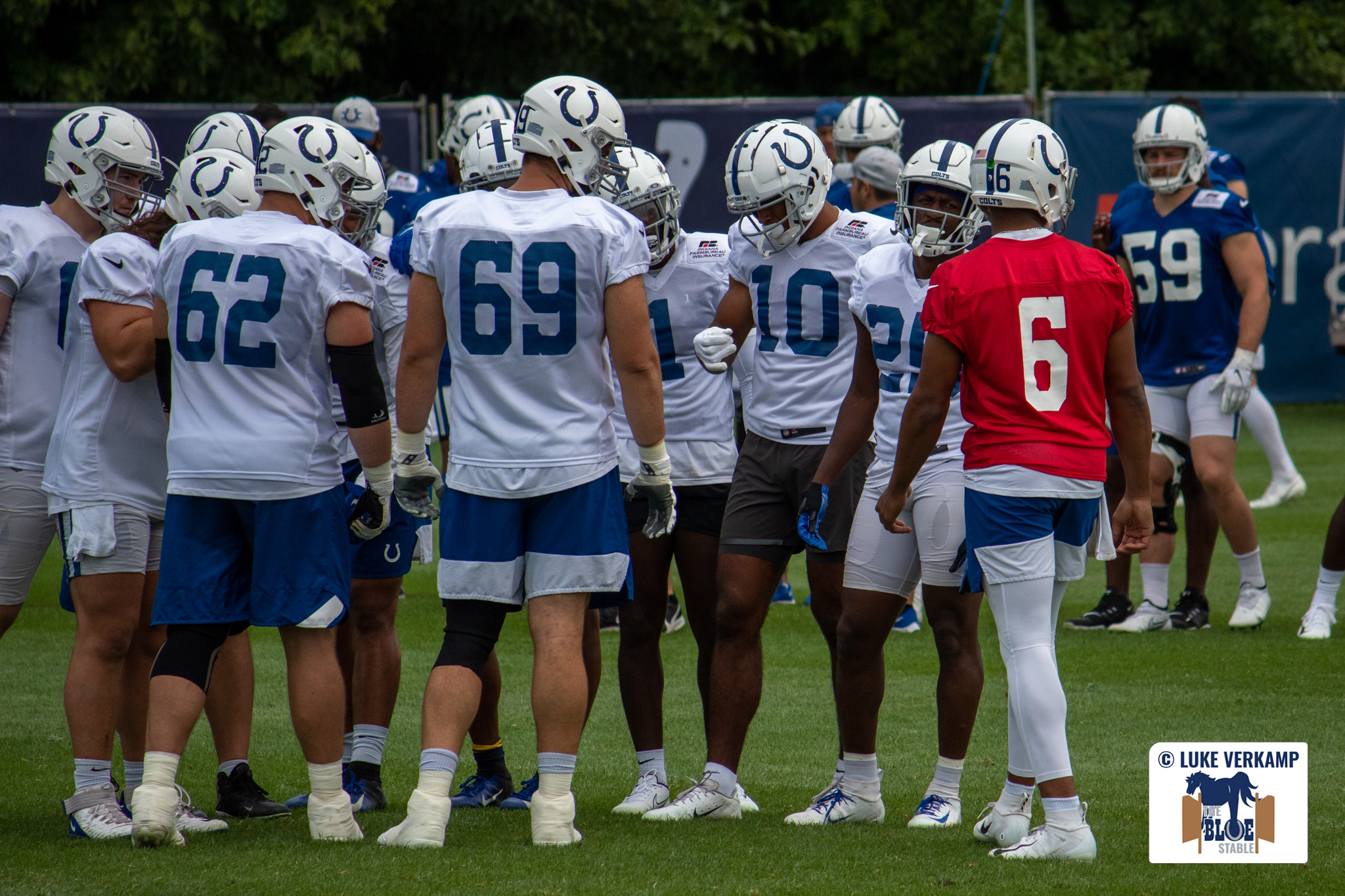 Home » Derek Carr to The Horseshoe?!

Derek Carr to The Horseshoe

No one could have guessed how abysmal the Colts season ended this year, it is safe to say that they are in desperate need of an upgrade at QB. You may think Wentz is still the guy and that may be true, but it is obvious to see the trust issues between Irsay, Ballard, and Reich when talking about Wentz.

The three of them displayed disappointment and displeasure with not only Wentz performance throughout the season but the whole passing offense. To have one WR over thousand yards and the second leading WR only have 348 receiving yards is beyond terrible for any NFL team. The fact that the Colts have seven players with over 300 yards receiving is an indication that Wentz tried to spread the ball around. He just did not do it efficiently enough; Michael Pittman was targeted 25 % of Wentz’s throwing attempts. Wentz targeted Zach Pascal the second most with 13.37 % of his throwing attempts.

To put things into perspective; Jonathan Taylor was the Colts’ 3rd leading receiver with 360 yards and had the best catch rate of all Colts pass catchers with a percentage of 78.4 percent with 40 catches on 51 targets.

The proof is in the pudding as they say; Wentz underperformed heavily with an average WR core and the best running back all-purpose this season.

On the other hand, Derek Carr would be a breath of fresh air to the Colts’ offense and could bring the Colts to new heights as a unit. Yes, it’s true that Wentz improved dramatically over this last season and limited his turnovers compared to Carr. Carr was able to throw for 1200 yards more than Wentz while competing 6 percent more of his passes.

Not to mention, Derek Carr lead his team to the playoffs and beat the Colts to get there. Carr had to deal with roster and organizational dysfunction the entire season; with the Ruggs and Gruden fiascos. Carr lead a better passing attack than Wentz but had a worse running game to carry to victory. While Wentz was riding the success of JT to comfortability, Derek Carr had to throw his way to the playoffs because of Josh Jacob’s regression this season.

The only problem with getting Carr is having to trade for him. While it won’t be too difficult to do so; the only thing that matters is the price point.

Everyone knows the embarrassing trade the Colts made for Wentz, considering they may give up on him already this off-season. The Colts are not the only possible new team for Carr amid trade rumors, so it’s likely the Raiders will send him to the highest bidder.

Personally, Derek Carr is the type of football player and leader the Colts need. He is not stubborn and he throws his check down when he needs to do so. Carr makes the right decisions and has been a stand-up person and football player since coming into the league. He fits the Colts’ ideal player in terms of mindset, work ethic, and pure love for everyone in the locker room as a family.

Time will tell on where Carr ends up or if he says put in Las Vegas. All I know is that Indianapolis fans have been cheering and wanting Carr since Luck retired. Carr would be welcomed with open arms by Colts’ Nation and would be an immediate upgrade to the passing attack.

Will the Colts give up enough draft capital to acquire Derek Carr? Let us know in the comments what you think!