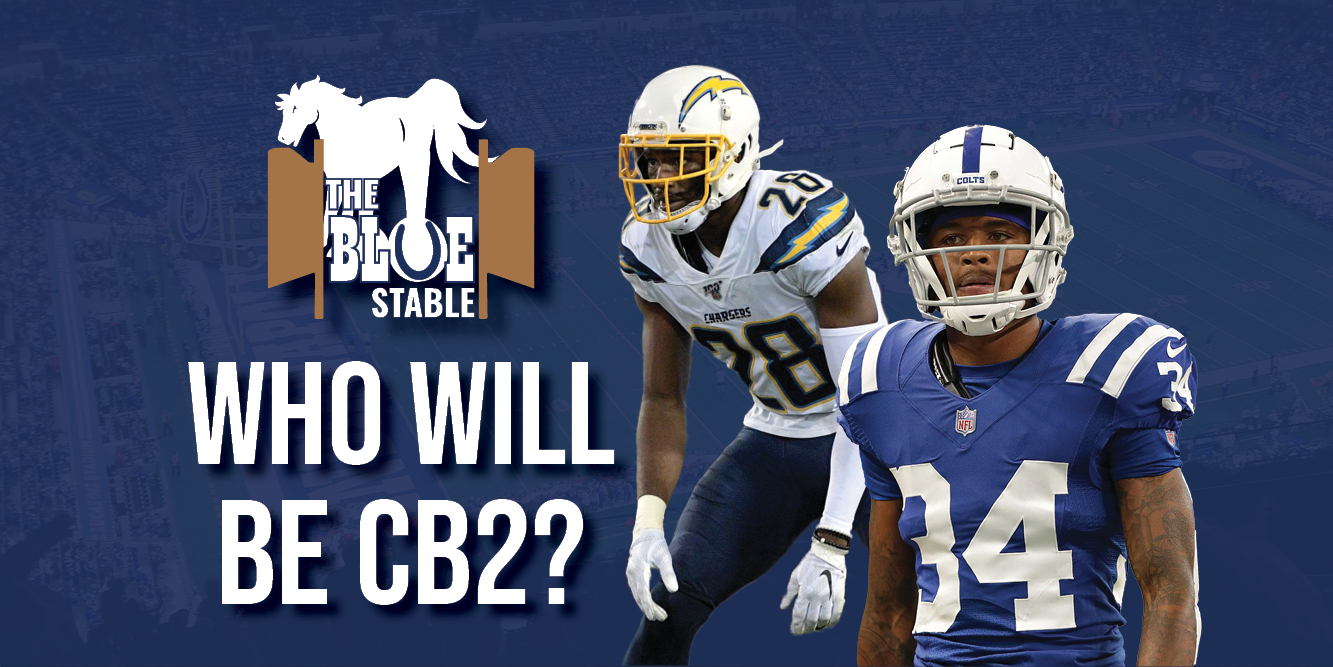 By Zachary ClemonsAugust 3, 2022No Comments

Training camp is finally here. Fans and media are packing Grand Park to get a look at one of the more hype-building rosters in the NFL. The Indianapolis Colts have had quite the offseason, which means plenty of position battles.

Let’s take a look at one of the many battles happening this preseason: Cornerback 2. With Rock Ya-Sin being sent to Las Vegas in exchange for Yannick Ngakoue, and Stephon Gilmore signing a 2-year deal with the Colts in April, CB1 is in great hands. Kenny Moore II will assume all slot-corner duties, leaving the CB2 job to either Brandon Facyson or third year corner, Isaiah Rodgers.

The New, But Familiar Guy

Facyson is a new face to Indy, but a familiar one however to new Defensive Coordinator, Gus Bradley. The Virginia Tech product has 4 years in the league under his belt. All 4 have been guided by Gus Bradley.

After three years as a depth player and frequent special teamer for the Los Angeles Chargers, he had a breakthrough year in Las Vegas last season. Playing in 12 games and starting 9 of them, he tallied 13 pass deflections, 1 interception and a career-high 55 tackles.

Embed from Getty Images
On the other hand, he was targeted 81 times last season and allowed 45 receptions, which amounted to a 55.6% completion rate allowed. Giving up 522 yards and 6 touchdowns aren’t eye-popping numbers, but they are much improved from his Chargers days.

Heading into training camp and the preseason, Facyson should have the upper-hand in the battle for CB2. Based on familiarity with scheme and being brought to Indy, he assumedly has more untapped potential Bradley wants to unlock.

Standing 6’2” and weighing in at almost 200 pounds, Facyson has exceptional size for an outside corner. However, speedy receivers seem to lose Brandon and he requires help over the top often.

Above all the strengths and weaknesses, Facyson is spoken highly of in the locker room. Many say he is a quick learner and a very coachable player. The potential is there, but don’t sleep on Isaiah Rodgers.

Isaiah Rodgers was drafted in the 6th round of the 2020 NFL Draft by the Colts. The speedy cornerback from the University of Massachusetts was pegged to be a special teamer with potential in the return game. Last season, Rodgers set out to show he could be a legitimate starter at the cornerback position.

Prior to the 2021 season, Rodgers spent much of his rookie year as the kickoff return specialist. He had 24 returns for 692 yards and a touchdown, which provided a good glimpse of the speed he possesses. His sophomore campaign saw him have 19 returns for 501 yards, but he started turning a lot of heads in the secondary.

After seeing only 51 snaps on defense in his rookie season, that number jumped to 525 snaps this past season. That increase however was the product of injuries and a lack of depth in the secondary. However, it might possibly have been a blessing in disguise for his development.

Playing in all 17 games and even starting a Monday Night Football game in Baltimore, Rodgers would show flashes of what could be. 49 tackles, 7 pass deflections, and 3 interceptions are very impressive numbers for playing less than half of the defensive snaps in the season.

Embed from Getty Images
At 5’10” and 170 pounds, Rodgers’s frame is slender and that can be a problem when matching up with big-bodied receivers. The young corner makes up for that frame with his blazing speed, first notably punctuated by a 4.28 second 40-yard dash at his Pro Day.

Pairing that speed with his instincts and anticipation can be the recipe for some very big plays. Even when getting beat off the line, Rodgers always has a chance to make a play on the ball. An exceptional talent of finding the ball in the air, even when his back is turned, has always stood out.

That said, his frame will allow the bigger receivers in the league to bully him, especially on 50-50 balls. Tackling is a point of concern also that would need to see some major development.

Rodgers is oozing potential and we’ll see more of that this upcoming season. Rock Ya-Sin was the breakout defensive star last season and I’m expecting Isaiah to compete for that spot this year. Keep an eye out for some Rodgers hype coming out of training camp and preseason games.

And The Winner Is…

A tough position battle has to see someone come out on top. Does that winner get crowned CB2 before the start of the regular season? I’m not so sure.

Brandon Facyson and Isaiah Rodgers should see the same amount of opportunities before the Week 1 contest in Houston. I believe those opportunities continue to be split into the early part of the season.

Both cornerbacks have a great amount of potential, and their skill sets are very different. Will it be the big, physical corner or the blazing-fast playmaker? Time will tell.

As far as my pick goes, I believe that Isaiah Rodgers will continue to develop and show he can be CB2 of the future. His skillset will fit seamlessly next to All-Pro Stephon Gilmore, adding another “big play waiting to happen” in the secondary.

Colts cornerback Isaiah Rodgers gave up a deep ball to Alec Pierce in 1 on 1s tonight. But he has since rebounded with a fabulous series of plays. Has an interception and two pass deflections.