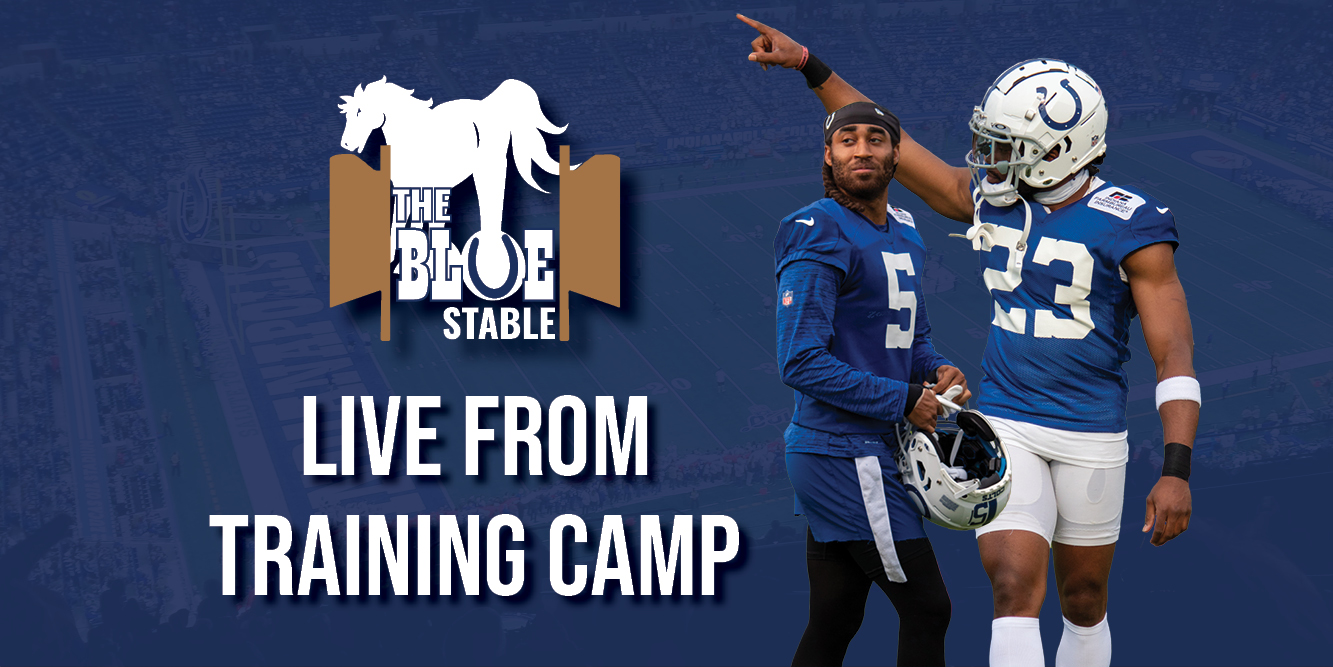 Sunday, August 7th’s practice saw another sold-out crowd show up to support the horseshoe at training camp. The crowd was electric and made for a game-like environment. Although the team took notice, some of the players still left more to be desired on the field today. So, let’s dive into the takeaways from Sunday’s practice.

According to Head Coach Frank Reich, Curtis Brooks went down in practice because he was poked in the eye. Coach didn’t seem too concerned about the situation causing Brooks to miss additional time. 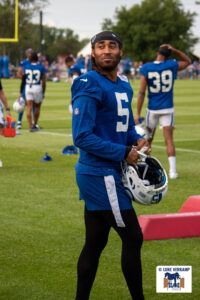 A theme across the league early in training camp is usually the defense starting faster than the offense. Recently the Colts have seen a similar trend but none as significant in discrepancy as Sunday’s practice.

If anyone in Colts nation is skeptical of how good Gilmore can be in 2022, I’m here to calm your nerves. Gilmore has shown himself to not only be the best DB on the field this past week but the best overall player. The corner’s eyes and instincts have popped at camp, and today he was causing all kinds of problems for Ryan and the offense. The biggest highlight of his day was when he was able to jump a short route perfectly to pick off Ryan in what would have been a pick-six in live gameplay.  Gilmore has shown the talent to be the best outside corner the team has seen in quite some time.

Another day where Stephon Gilmore is the best player on the Colts. He’s telegraphing routes, winning reps with physicality and taking the ball away. He just had a pick-six on Matt Ryan.

The 1st team front has been cut and paste every day so far throughout camp (Paye, Grover, Buckner, and Ngakoue), but the guys behind them have also been flashing their talent. Sunday’s practice featured multiple player flashes, a few being Eric Johnson, R.J. McIntosh, and Ben Banogu.

Johnson’s explosion off the line is very impressive to watch, and it’s a skill that I believe will get him on the field earlier than some realize. McIntosh is a name some may not have heard much of, but the IDL sees an increase in snaps in practice, mainly with the 2nd and 3rd team.

McIntosh was a huge part of the dominant run defense that was on display. And lastly, former 2nd-round pick Ben Banogu who isn’t new to training camp success, looked solid again in the backup LEO role. This year is more than likely Banogu’s last chance to earn a future spot with the team going forward, and so far, he’s showing the skill set to excel in Bradley’s system.

Thoughts on the Young TEs 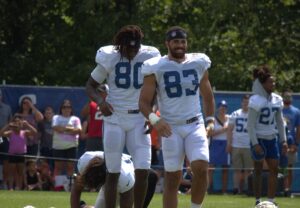 The TE room seems to be where everyone knows whos making the team. Barring any surprises, it’ll be Mo Alie-Cox, Kylen Granson, Jelani Woods, and Drew Ogletree. Mo Alie-Cox has locked his spot at the top of the depth chart, but the spots behind him have seen many changes through camp. During Sunday’s practice, we saw Cox & Granson dominate most of the 1st team reps. After that, the rookies are sprinkled in, Ogletree seemly being 3rd at the moment and Woods 4th.

Granson saw his number called by QB Matt Ryan at a high rate during practice. Many play calls found Granson with the ball in his hands across the middle of the field with room to run. The 2nd year player is showing a lot of improvement as a pass catcher and taking strides to lock down the 2nd most snaps in the TE room. The biggest issue he’s seen is a constant drop issue throughout camp, adding a couple more to the total today.

Granson with another drop. Those are starting to become a problem for the TE

Granson redeems himself with a 25 yard corner route. Right on the money by Ryan

Rookie Jelani Woods has had an up and down start to camp. Sunday was a similar story. The size and speed Woods’ possess is evident in every practice. But so are his drops and his routes finding himself out of position. The rookie’s potential is limitless, but if today’s practice indicates what the overall depth chart will look like, he seems to be 4th.

To the surprise of many, Ogletree looked like the most impressive rookie TE on the roster. Ogletree, similar to Woods, is huge in stature but a bit slower in lateral speed. But what has set the TE apart is how pro-ready he’s looked in practice. He has shown reliable hands (even a bit of highlight reel-type catches) and appears to have a higher understanding of where he needs to be when he’s gotten 1st team reps. 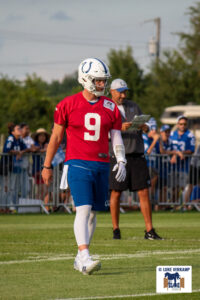 You don’t hear how much the backup QB matters, but Foles has been impressive in the role. Comparing it last season when the team didn’t have a veteran presence early in camp is like night and day. Foles has been able to put the spotlight on multiple 2nd-team WRs such as Dulin, Coutee, and others. Foles has allowed the team not to change the offense much and be able to truly give some of these WRs battling for spots the chance to show their skills.

Domann has flashed getting the extra reps with Leonard missing time early. The LB’s athletism and aggression at the position have shown to the point where I would be shocked if he wasn’t on the 53-man roster. Domann’s ability to play the MIKE role could end up stamping his spot on the roster. With Leonard missing time, Franklin is filling in at the spot, and Domann has been the next one up.

Here’s a name I bet you haven’t heard before. Nacua has had a flash play every practice I’ve attended so far this year, and multiple solid plays to go with it. He’s shown reliable speed on the outside and has been winning reps at a substantial rate on the 3rd team and occasional 2nd team. The battle for the last WR spots is going to be an uphill battle and one I couldn’t predict at the moment if I tried, but don’t count Nacua out if he’s able to continue building off his early success in camp.