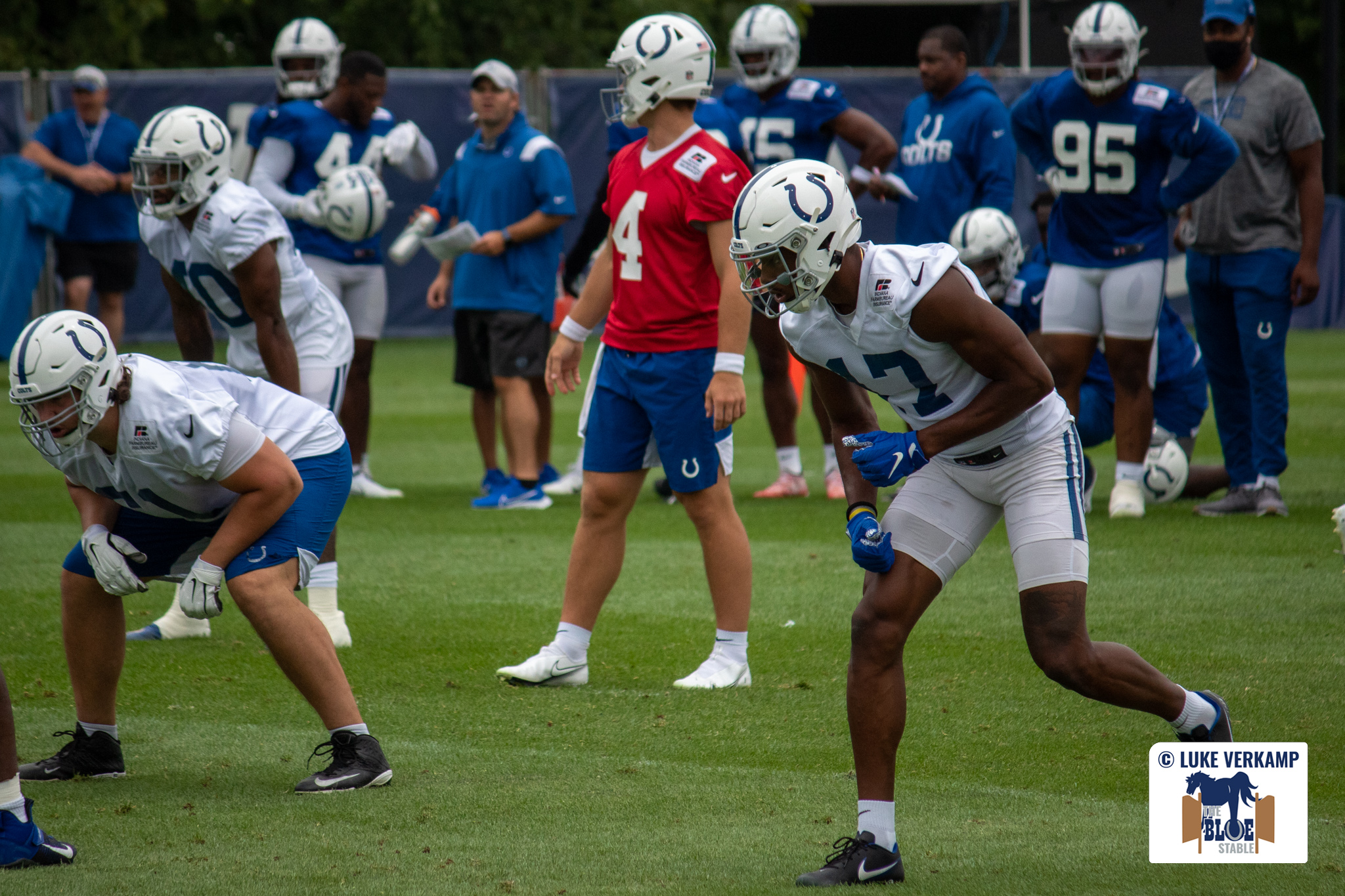 By Mason RoachJanuary 8, 2022No Comments

The Colts season hangs in limbo as the last game approaches. The situation could not be clearer; the Colts need to win to clinch a playoff berth in the AFC. If the Colts lose to Jacksonville, their playoff hopes will be in the hands of the Raiders and other teams.

The Colts still have the bad taste of losing to Las Vegas in their mouths and have been priming this whole week to get back on track. Although the colts have not won in Jacksonville since 2014, this game means more to Indianapolis than any other matchup vs. Jacksonville in recent memory. Yes, the Jaguars have had the Colts’ number while at home since 2014, but that does not mean the Colts will lose this crucial game. The Colts have had tough losses throughout the season and have always found a way to rebound the next week.

The Jaguars are the perfect team to jump on quickly and help get the Coltsâ€™ groove back, especially after losing to a tough Raiders team. The Jaguars are on a lowly 8-game losing streak and will be hungry to end the season on a positive note, as well as spoil the Colts’ spot in the playoffs. The Jaguars do not have a 1,000-yard receiver or a 1,000 yard running back, and Trevor Lawerence has thrown for 10 TD on 17 interceptions with an abysmal 58.9 completion percentage. While the Jaguars’ woes this season are not entirely the players’ fault, the team possesses a lot of young talent on both sides of the ball, who can beat the Colts this Sunday.

In order for the Colts to break the long losing streak, the team needs to;

If the Colts’ defense plays spirited football, it should be no problem for them to pressure Trevor Lawerence and force him into uncomfortable situations throughout the game. The Jaguars have a plethora of offensive weapons to use, but with Lawerence having been sacked the 15th most times in the NFL, it is hard for them to use them effectively in the passing offense every game. With the Colts continuing to be banged up, the defense must step up, especially in the secondary. With key injuries to starters and backups, plus lackluster play vs. the raiders, it makes this last performance even more nerve-racking for the defensive backs. If the secondary does not improve their performance, there could be a possibility of the Colts losing via a Trevor Lawerence passing explosion.

Furthermore, to solidify and ensure the Colts win this game, it is to use the NFLâ€™s leading rusher and scrimmage yard leader. The game will be decided on the performance of Jonathan Taylor. The Colts are 9-1 when Taylor rushes for over 100 yards in a game. The Colts seem to have more success when Taylor typically has more/close to the number of rush attempts as Carson Wentz does pass attempts. The key to the offense being successful is Jonathan Taylor, and it always has been. Taylor needs at least 25 to 30 carries against Jacksonville for the Colts to jump on the Jaguars. If Carson Wentz drops back for 40 times, expect the chances of the Colts losing to be a lot higher than everyone thinks.

The belief is the Colts will win this game and clinch a berth into the postseason. It is up to the players to come together and show the football world again that the Colts are true playoff contenders and should not be taken lightly.