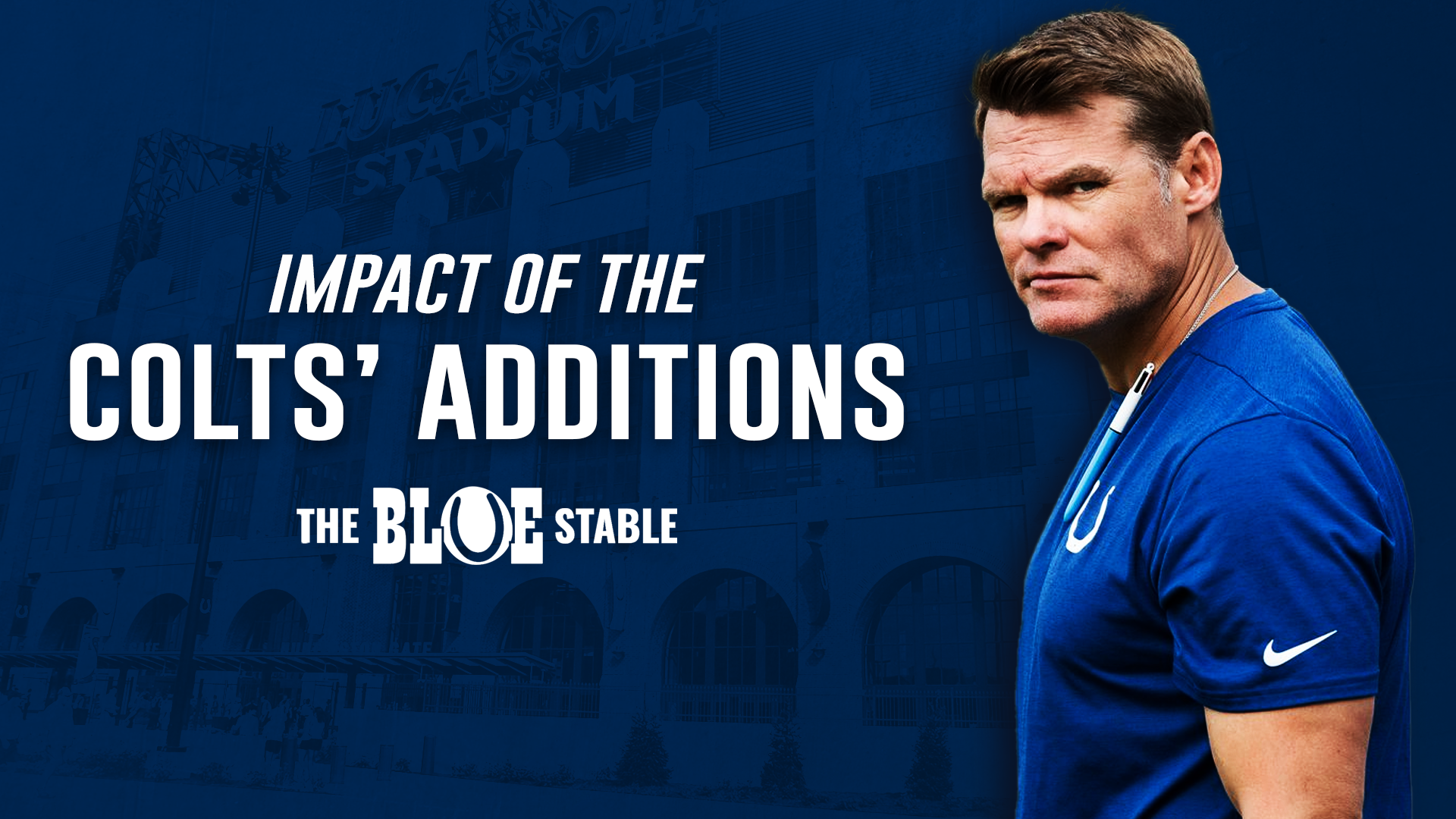 Impact Of The Colts’ Additions

Football fans everywhere are anticipating the beginning of the NFL season. Even late August pre-season games will do. We’re all begging to see those new additions to our favorite team from the off-season in action.

Moves were made in Indianapolis, and the hype is building. The front office of the Colts knew that changes had to be made after the end of last season. Did they do enough in the off-season? How about we rank the off-season additions in terms of impact?

There is a new sheriff in Lucas Oil Stadium, and he happens to be a former MVP. Matt Ryan has been an exceptional quarterback in the NFL since 2008. After 14 seasons in Atlanta, Ryan will now be under center for the Colts.

Despite how you feel about Wentz, everyone knows this move at QB is an upgrade. Matt is going to bring the kind of competitive fire this team hasn’t had under center since Andrew Luck. This addition will certainly be the most impactful off-season move.

Any questions about the 37-year-old’s arm strength and accuracy were answered during workouts and minicamp. Teammates praised Ryan’s ability to get the ball out and place it wherever he wanted to. It is safe to say that the veteran still has plenty left in the tank.

Matt Ryan ranked 6th in QBR and 2nd in adjusted completion percentage on throws where he was on the move (8 mph+) last year.

He's got plenty left in the tank. pic.twitter.com/nMY8Nvy3d3

The passing game of the Colts should take a big jump in the right direction. Expect more consistency and creativity with Ryan under center. Even if Matty Ice just “takes the lay-ups,” that impact alone would make this addition the most important of the off-season.

Getting To The Quarterback

Not many would have guessed Rock Ya-Sin would be traded after the breakout season he had. However, when a guy like Yannick Ngakoue is available, you have to take the swing. The pass rush was a glaring issue last season, but this move should help improve that aspect of the game immediately.

Ngakoue has become a bit of a journeyman during his young career, but that has nothing to do with his talent. Indy will be Yannick’s 5th team in 7 years. I’m not the only one hoping Indy can become home for the pass-rusher, though.

Few get to the quarterback as well as Ngakoue does. Ten sacks and 23 QB hits last season are great numbers, but they still don’t tell the full story of his talent. Yannick leads the league in quarterback pressures since 2016 with 355 pressures.

Next Gen Stats will also show you that Ngakoue is one of the fastest pass-rushers off the snap. Winning in the trenches is huge, and Yannick wins at a high rate. Next Gen Stats lists the Colts’ newest pass-rusher as the 5th best defensive disruptor in the league.

Yannick will take a lot of the pressure and double-teams off of DeForest Buckner this upcoming season. Playing for the same defensive coordinator in Gus Bradley will certainly make him comfortable. This new-look pass rush in Indy provides a threat they lacked.

Circling back to that trade involving Rock Ya-Sin, the Colts found themselves in need of a new CB1. Why not add a former Defensive Player of the Year in Stephon Gilmore? The former Super Bowl Champion will boost this young secondary immediately.

Cornerback wasn’t a huge issue last season, but expect an improved secondary as a whole unit. Stephon, a 2-time All-Pro, has become one of the best corners in the league. He will bring veteran leadership into a young group.

Gilmore was the 6th cornerback ever to win DPOY honors in 2019. Stephon is on the back-end of his career but has some great football left in him. Since 2018, Gilly has only given up 8 touchdowns.

The 5-time Pro-Bowler will assume all CB1 duties, but will also help mold this secondary unit. Isaiah Rodgers should see more snaps at corner and that brings on a learning curve. Having Gilmore on the team will shorten that curve undoubtedly.

The 2022 NFL Draft provided the Colts with some much-needed team additions. Offensive additions in Alec Pierce, Jelani Woods, and Bernhard Raimann will give Matt Ryan some more juice. On the defensive side of the ball, look for Nick Cross, Eric Johnson, Curtis Brooks, and Rodney Thomas II to provide some impact.

Alec Pierce is presumed to be WR2 for a Colts team that needs help in the passing game. Pierce has a great frame to go along with great hands. Crisp routes with quick breaks should mean plenty of targets from Ryan.

Jelani Woods will likely be TE2 in Indy, behind Mo Alie-Cox. Woods should see plenty of snaps, though. A 6-foot-7, 253-pound target makes life easier for a quarterback. Woods could very well have the most upside in this draft class.

Bernhard Raimann should compete with Matt Pryor for the starting LT spot. Don’t be surprised if he wins that battle, either. The Central Michigan product was pegged to go in the late first-round or early second-round before the Colts selected him at 77th overall. Bernhard was one of the most athletic offensive line prospects in this draft.

If Chris Ballard trades back into the 3rd round to select you, there is some serious upside. Nick Cross has the size, speed, and range to seamlessly fit into any system. With Khari Willis’ early retirement, he’ll get that opportunity right away. Cross brings a special physicality to this secondary.

Eric Johnson, Curtis Brooks, and Rodney Thomas II will be depth pieces for this defense. During their snaps, expect flashes. Ballard went heavy on the athleticism and upside in this draft class. All of these rookies will be expected to help this team win games.

The off-season additions rank in that order in terms of impact and importance for this Colts team. Some moves weren’t mentioned in the list above, but they aren’t overlooked.

The secondary will get much-needed depth from Rodney McLeod and Brandon Facyson. Facyson is a familiar face to Gus Bradley and his system, and McLeod is a former Super Bowl Champion with the Philadelphia Eagles.

Speaking of defense, we cannot forget new Defensive Coordinator, Gus Bradley. Bradley has been around the league for some time and is no stranger to success. Gus was the play-caller for Seattle’s Legion of Boom and may have his most talented defense since those teams. Bradley has been quoted saying, “there’s a Pro-Bowl player at every level here.”

We have hired Gus Bradley as our defensive coordinator. pic.twitter.com/5kN1bW9Qmw

There is still plenty of time before the first pre-season games in August. Every team will be looking to make more moves to improve their chances at the Lombardi Trophy.

The Colts should be actively looking to add a veteran wide receiver and some other positions. The additions to this point look to be very impactful, at least on paper. Improving QB play, pass-rush, and the secondary seems to be “all chips in.”