How to Bet on the Colts’ Future

Home » How to Bet on the Colts’ Future 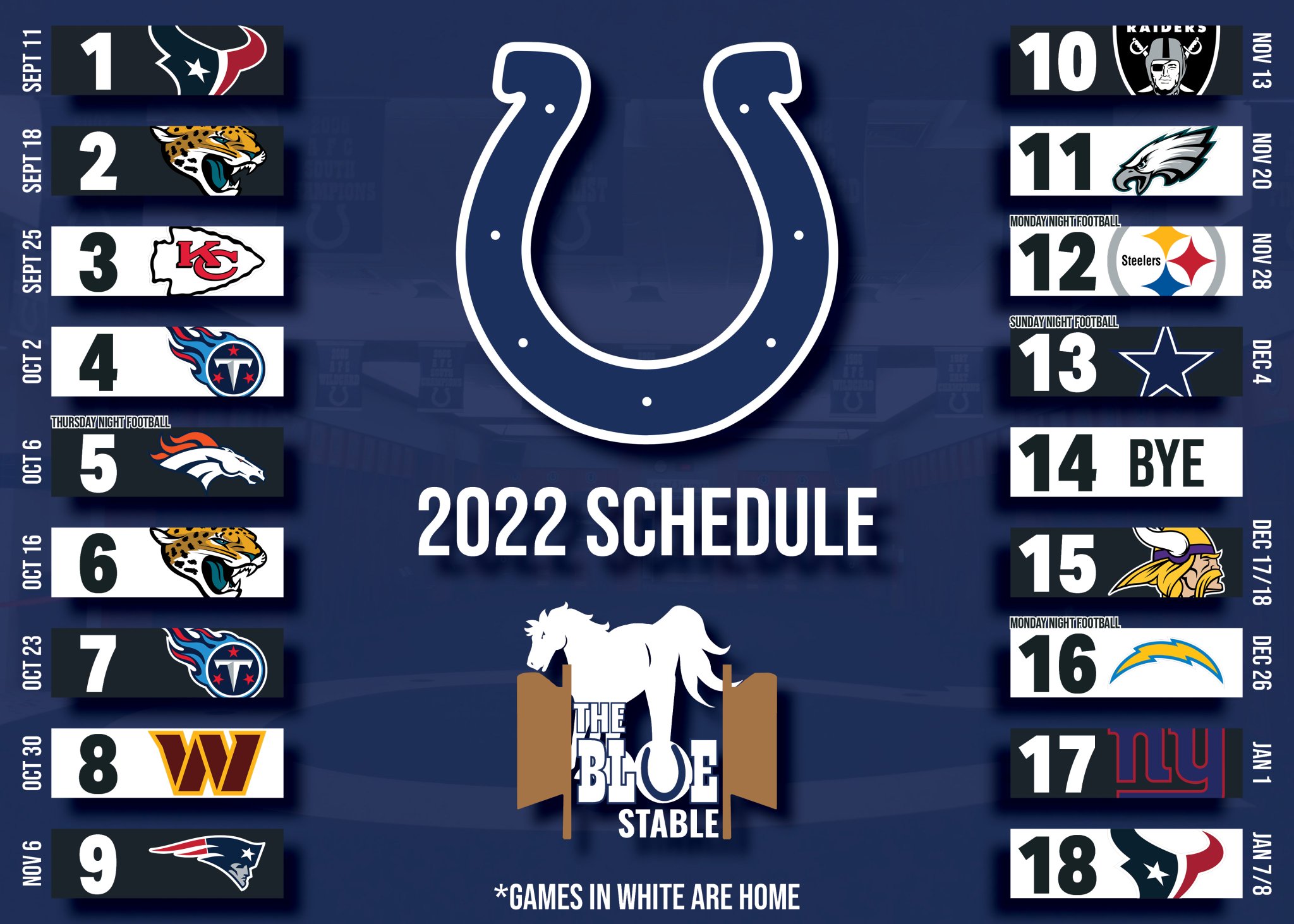 The Colts’ schedule is out. It didn’t take long for Vegas to release the over/under for the Indianapolis Colts’ 2022-2023 win total. After looking at the Colts’ schedule, I believe I know how to beat the Vegas odds.

This article will highlight multiple future bets to place right now on the Indianapolis Colts and the rest of the AFC South. I will be using various sportsbooks for this. Each bet can be found at almost any major Sportsbooks in the U.S.

9.5 wins is a lot of wins, especially for a team that has a semi-difficult schedule—playing teams like the Chargers, Chiefs, Cowboys, Broncos, and the Titans.

Currently, I have the Colts winning ten games meaning the 9.5 bet would win. Barring any significant injuries to our star offensive players, I don’t see why a ten-win season isn’t feasible.

This bet can be found in every major online Sportsbook.

The Colts are the odds on favorite to win the AFC South. With the addition of Matt Ryan, the Colts’ future looks incredibly bright. Vegas is taking note, and rightfully so. While the national media may not be believers yet, Vegas is a believer in Indianapolis.

I believe this is the year for the Colts to do it. Without AJ Brown, I’m not a believer in Tennessee at all. I think a quarterback rift is brewing after the Titans drafted Malik Willis. I also feel the Titans have done nothing to prolong the health and longevity of Star running back Derick Henry. This could be an issue midseason as it was this past year.

The Colts are the odds on favorite to win the south for a reason. Don’t question it; just let it happen. While I’m not saying to bet the farm on this, I am saying this bet looks as sturdy as they come.

I’m a big conspiracy guy. This could be a crazy conspiracy, but “I’m not superstitious, but I am a little stitious” -Michael G Scott. Maybe I’m reading too much in the lines with this one. Please bear with me as I give my reasoning.

The Colts had Carson Wentz last season under center. In Philadelphia, Carson Wentz got injured (he wasn’t on the field). A backup named Nick Foles led the Eagles to a Super Bowl.

To shorten the one above, Carson Wentz wasn’t on the field, and Nick Foles was on the field and won a Super Bowl.

The Eagles won a Super Bowl when Carson Wentz wasn’t on the field anymore. So who’s not on the field for the Colts anymore?
The Colts traded Carson Wentz, meaning he isn’t on our active roster anymore. The Colts signed Nick Foles as the presumed backup to Matt Ryan.

Carson Wentz is no longer on the field for the Colts, and Nick Foles is the backup now. Does that equal a Super Bowl win? Am I crazy?

Everyone’s budget is different, but if you have the extra money, I say play it.

If you or a friend has a problem gambling, please reach out to the National Gambling Addiction Hotline. Sports gambling is fun but can be dangerous to yourself. Please gamble responsibly.