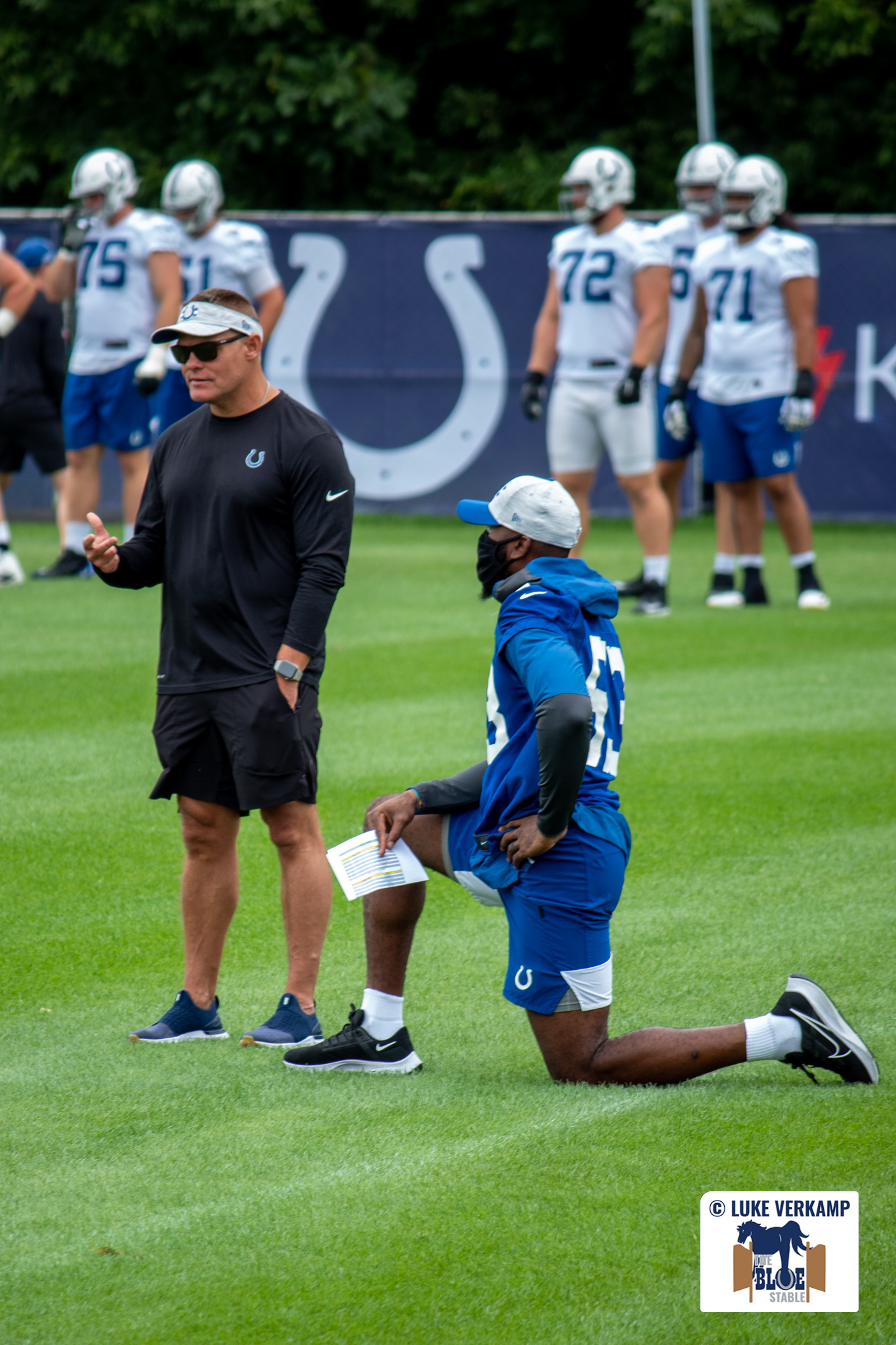 The Carson Wentz drama has been a cloud of darkness over the Indianapolis Colts for far too long. It’s time to get on with it and focus on other things. Free agency is right around the corner. March 14th, the legal tampering period starts. This off-season is important for the Colts. The Colts owner Jim Irsay said it’s “all chips in” the league tampering period will show how all in the Colts are. This team is ready to win, but checks have to be handed out at some point. Here are some l free agents the Colts should look at.

Gesicki had a career year in a contract year with the Dolphins this past season. That career year could draw a franchise tag from the Dolphins. The new coach in Miami, Mike McDaniel, brings in a new system where Gesicki may not be the best fit. While he’s a dynamic playmaker, he’s not the most excellent blocker. Having a solid blocking TE in the McDaniel system will be a point of emphasis. Gesicki would be an absolute power move by Ballard because the Colts have lacked a playmaking tight end for a long time. While Doyle has been a fan favorite for many years for being the jack of all trades, we could all admit he’s not the flashiest guy on the field. Doyle is contemplating retiring, and replacing him with a dynamic playmaking TE would be an absolute dream. It’s no secret the Colts need playmakers on the offensive side of the ball, and getting Gesicki would show the fans and the team that the Colts mean business. Gesicki won’t come at a bargain by any means but being all chips in means writing big checks.

It’s no secret the Saints are in cap hell. He cannot be tagged by the Saints meaning he will hit the open market as a free agent. Armstead is as elite as they come from the tackle spot. It’s no secret the Colts have issues at tackle. Fisher was not the answer this past season, and I doubt he’d be the answer this coming season. The Colts are “All Chips in” Armstead would be an all-chips-in move. Pairing Armstead with Nelson on the left side of the line would be Thanos infinity war like. It would be completely unfair. The Colt’s offensive line has been a strong point for several years now, but losing AC was a big hit to the group. Getting a dominant force like Armstead to shore up the left side of the line would be a mega move. Ballard has always said you win in January by winning upfront. Armstead isn’t coming to Indianapolis until the quarterback situation is cleaned up. Armstead, like Gesicki, is going to come at a significant price tag. Also, keep in mind Armstead has yet to play an entire season in the league, which could make Ballard worry about paying a hefty price for Armstead. I would personally prefer Orlando Brown Jr, but I highly doubt that he will hit the open market.

It’s no secret the Colts pass rush for years has lacked. When Robert Mathis left the Colts, it’s just been nonexistent. When the Colts were at their strongest, the pass rush was also at its best. Chris Ballard has always said you win by winning upfront. The inside of the line is built with Buckner and Stewart. Drafting Kwity Paye in the first round and hurricane after focused on the pass rush. Paye looks to be a solid piece of the puzzle but adding a guy like Jones would be disgusting. Jones, Grove, Defo, Paye, that’s one hell of a defensive front. Jones is going to be 32 this season. At 31 years old, he’s out producing most pass rushers. He’s still an elite player finishing with double-digit sack numbers. The Colts would kill for a double-digit sack guy. Jones will garner a more significant contract, around 43 million for three years per sportstrac.

Let me start by saying this. I love what we have in Willis and Blackmon. I love that duo. I genuinely feel that pair could be one of the league’s best if they can stay on the field. This year the Colts struggled in the secondary. A Sendejo scenario can’t happen again this year. We need to add another safety to our secondary. Blackmon should be coming back healthy this next season. Willis missed time this year but finished out the year. Adding another piece like Maye on a one-year deal or even a long-term contract could be a difference-maker in Indianapolis. Coming off an Achilles tear, the Colts could get him on a one-year deal where he won’t have to do much coming off of the injury. The Colts have another guy in the secondary who will be coming back from an Achilles tear in Julian Blackmon. Maye could be the missing piece to the Indianapolis Colts secondary. Ballard hasn’t been a guy to make a big splash in free agency, and Maye coming off of a season-ending injury may be a Ballard move.

The TikTok star may not be Ballard’s M.O. it could be argued that Juju is a distraction off the field. While he wouldn’t be my first choice, I think it could be a good choice. I’m a big fan of Juju on and off the field. I think he’s got a good relationship with current Colts WR Michael Pittman jr, which would work well with on-field chemistry. These players are human people. They’re allowed to have other interests outside of the game. Being a star on TikTok or YouTube is okay. It’s 2022; people wake up. If your only argument against signing a player is that they have a massive following on TikTok, we must change our mindset. Juju has had one 1000 yard receiving year in his five-year career. Juju has a nose for finding the end zone. While he didn’t have a 1000 yard season in 2020, he had nine touchdowns. When he’s healthy, juju has been a solid 700-900 yard player. That’s a MASSIVE upgrade to what the Colts currently have outside of MPJ. In my opinion, we can land Juju no matter who is under center. Money talks, and the Colts have money. I’m not saying make him a top 5 paid WR, but we can afford to spend a few. 8-11 million for Juju wouldn’t be a bad deal by any means. Juju would also bring a ton of eyes to the Colts as he does have a big following on social media platforms.