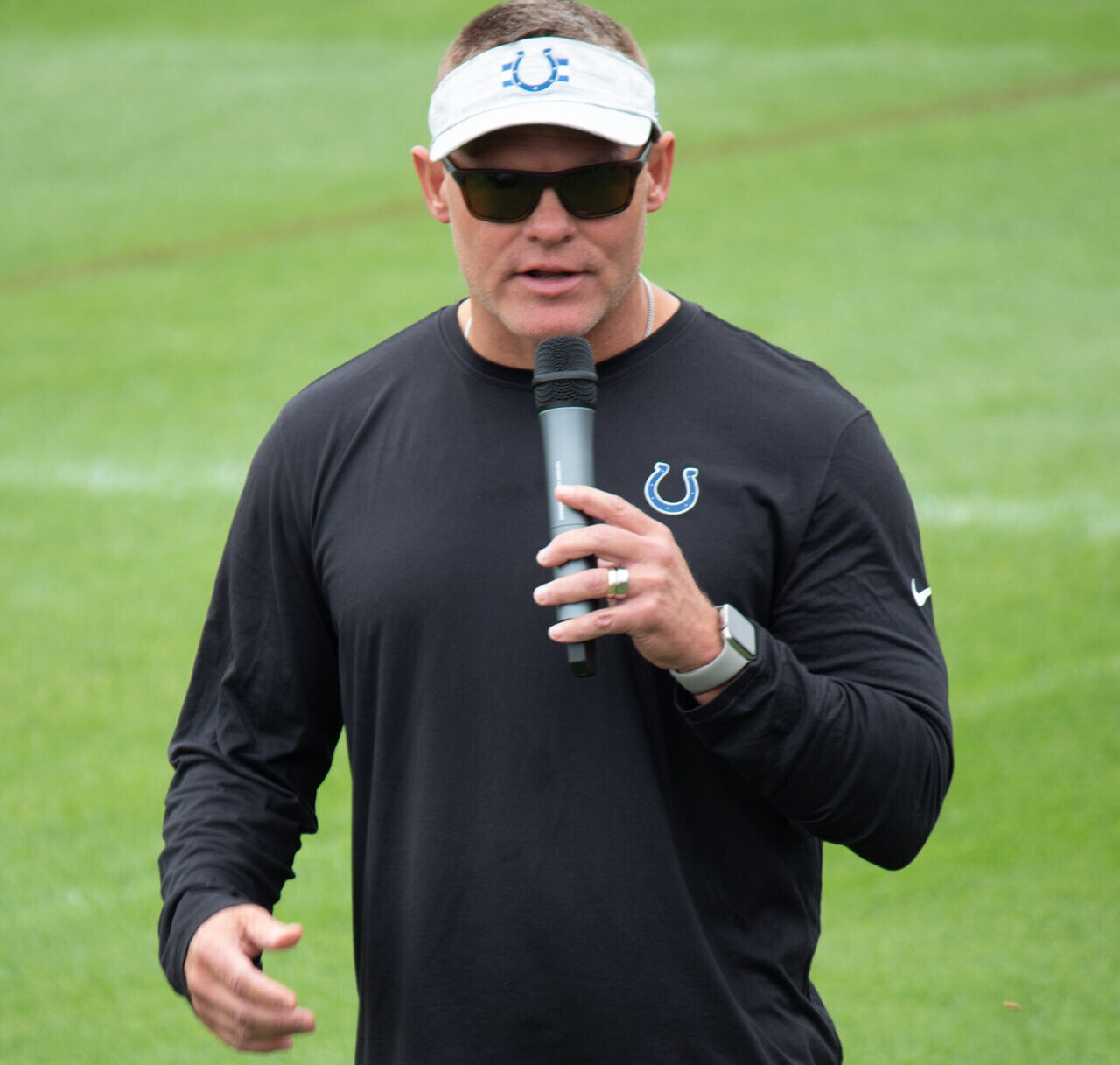 Colts/ Commanders should do this trade

Embed from Getty Images
The Carson Wentz/ Colts marriage seems to be all but over at this point. Chris Mortenson and Adam Schefter of ESPN have both comes out and said they expect the Colts to cut or trade The 29 year old Quarterback by The start of the new league year March 16.

There are going to be many teams in the market for an upgrade at quarterback in 2022 but the problem is all potential options of upgrades seems to be disappearing. Aaron Rodgers future looks uncertain, Russell Wilson is more likely to stay in Seattle than ask for a trade. The Raiders have given a vote of confidence in Derek Carr and The Vikings have decided to stick with Kirk Cousins.

So where does that leave the Horseshoe? I’m gonna be honest. The options aren’t very promising nor securing. I think Chris Ballard and Frank Reich have made their decision to move on from Carson even though an immediate upgrade won’t be available so he will be gone regardless of who’s on the market if I had to predict what they would do.

After all the sitting down, evaluating and analyzing I’ve done. I’ve come up with an enticing trade I think The Indianapolis Colts and The Washington Commanders should engage upon.

Why it works for Washington

The Washington Commanders are an interesting football team right now. Led by Head Coach Ron Rivera, Washington seems to be heading in a direction looking to compete. It has been reported they are in the market for an upgrade at quarterback and find themselves in the same situation as Indy but better. They won’t have to give up a 2022 1st round pick for an upgrade at QB with Wentz which means they can use that pick to add another linemen, Wide Receiver, or safety to the team. Getting Wentz will elevate the team to be much more competitive in a very weak NFC Least and a wide open NFC that’s starting to weaken after retirements  by Tom Brady and Drew Brees. The Colts might have to eat some of his salary in order to get Washington to take it but non the less Washington gets an upgrade at quarterback in what seems to be a very dry market at the most important position in Football.

Giving up a feel good story quarterback like Taylor Heinicke might be in their best interest if they hope to have the best situation possible for Wentz. And that’s no competition in the quarterback room. They will receive a 6th round pick for parting ways with the former XFL signal caller.

Why it works for The Colts

I think the writing is on the wall for Carson Wentz not to come back to Indianapolis. The Colts traded a 1st and a 3rd with an expectation they were getting a difference making quarterback. Although he is very talented. I believe there is something wrong with this situation that goes deeper than just on field play. Maybe Jim Irsay never truly bought into Wentz? Nonetheless this trade ends this marriage between Frank Reich and Carson Wentz while also freeing up some money to use This Free Agency. Getting a 28 year old quarterback on a team friendly contract is ideal for Indy. Taylor Heinicke has turned not only his career but his entire life around in the last 12 months. Once played in the XFL. He was signed by Washington due to being injury depleted at the position and The Old Dominion product found himself in a Wild Card playoff game against The GOAT Tom Brady. Taylor turned in a gutsy performance against one of the best defenses in the league while having a 78 .7 QB rating in that game. 26/44 for 306 yards, 1 TD, 1 INT, 5 Rushes for 46 yards and a TD.

Is Taylor Heinicke’s ceiling higher than Carson Wentz? No. Does he have a stronger arm than Carson Wentz? No. But Heinicke is a lot more consistent and less volatile than Wentz. Heinicke has shown to have poise in the pocket while stepping into throws knowing he’s going to get hit. Carson never stepped into a throw he knew he was going to get hit after. Always throwing off the back off and off target. Never sacrificing a play.

The 28 year old Quarterback is also better at taking what the defense gives him while also being aggressive. He will do what Chris Ballard noted in his press conference…”make the lay ups”. Taylor is a leader and someone his teammates love playing FOR. Not with. FOR HIM. Plus you won’t be paying his $20M to be so volatile and won’t have the bone headed mistakes and will show no stubbornness to be coached.

Adding in a 2nd round pick and a future day 3 pick. Now you have more draft capital to address some needs on the roster such as Left Tackle, Receiver, Tight End, and secondary depth.

This deal makes sense for both sides. Washington gets a quarterback it can build around while not sacrificing a 1st round pick for an upgrade. Indy eating some of Wentz contract in the deal won’t affect Washington’s Cap to put some more money in team needs. They are set up to win the NFC East.

The Colts getting another 2nd round pick they can use to possible trade into the 1st for a Receiver or stand Pat while addressing a need is good for the team. A future day 3 pick is good news for Chris Ballard given his history drafting on Day 3. Opening up some Cap will help grab a WR and TE in free agency to help out Heinicke a lot. The more weapons the better. He will use them. You’re also getting a competitive quarterback who’s ceiling may just be an AFC divisional round game but with 1 year left on his contract, Theres no huge risk or commitment long term. You’re set up to go all in on a young guy in The 23’ draft. Heinicke will be loved and will be a leader for the team. Will this be the case a month from now? Who knows. But I love this idea for both franchises and I could see both coming out on the winning side of it.

Make sure you are signed up for email notifications down below and check out The Blue Stable podcast here: https://podcasts.apple.com/us/podcast/the-blue-stable/id1562733558