The Colts may have just shocked the NFL world by actually making a draft selection in round 1…without trading back! With the 21st pick, the Indianapolis Colts select Kwity Paye EDGE, Michigan. This first-round selection marks the third time in the Ballard era that he’s made a first-round pick. Kwity Paye joins All-Pro Guard Quenton Nelson and current free agent safety Malik Hooker. I know many Colts fans, including myself, wanted to trade back, but after hearing Ballard’s post-draft presser, I became a fan of the pick.

Kwity Paye screams, “I’m a Ballard guy” Paye is a freak athlete, (9.33 RAS) team captain, fantastic character. The Colts had a lot of options at 21. The draft board couldn’t have fallen more perfect for us. Guys like Christian Darrisaw T from VT, Caleb Farley CB from VT, Jayson Oweh EDGE from Penn St, along with the deep receiver class like Bateman, Moore.

Kwity Paye’s character is so fantastic. His first time speaking to the media after being drafted was such a heartwarming moment. The reporter asked, “you’ve made a point that obviously being drafted to the NFL changes circumstances. What does that change for the prospect of you and your family’s life?” and his response to that without hesitation was this. “For my family, she’s (his mother) done working; she’s retired.” That moment alone was just beautiful, and it spoke to the kind of guy the Colts just drafted. Ballard talks about character and how much that means during the evaluation process and drafting Paye shows he practices what he preaches. One thing Ballard said during his press conference was, “It’s easy to draft talent. That’s not hard to do. But to draft talent with character? That’s not easy.” Chris Ballard, in my opinion, struck gold with Paye. Great talent, but an even better person.

I’ve talked about his character, now let’s dive into him as a player. He’s already a Colt. He plays with tremendous effort on the field. He pursues the ball every single play and doesn’t take plays off. I’m telling you all he fits right in with the Colts, per PFF 87.1 pass-rush grade. Highest rated EDGE on the PFF Big Board. 22 QB hurries on 138 snaps. It’s easy to see why he’s was attractive to Ballard. Paye is an all-around athlete. Paye also had a faster 3-cone drill than Tyreke Hill! In addition to that explosive 3-cone drill, Paye ran a 4.57 40. Paye is exactly what I look for in an edge rusher. The quick first step with fast-reacting hands along with height weight speed. While Paye will undoubtedly be a great addition to the pass rush, don’t be surprised when he makes a more significant impact on the run game. Paye, while an excellent pass rusher he is constantly in the backfield, disrupting run plays. Buckner and Leonard are going to have fun with this kid.

It was no secret that the Colts needed to address both pass rush and the tackle position, and they did just that. I know some Colts fans weren’t pleased with passing on Darrisaw, including myself, but Paye isn’t a bad pick by any means. Most people felt like Darrisaw could’ve been the replacement to Anthony Castanzo, but fans, I urge you to look at this tackle class. This tackle class is very deep, while the pass rush class isn’t the deepest. The tackle class is deep, and we can find a starter in the next few rounds. 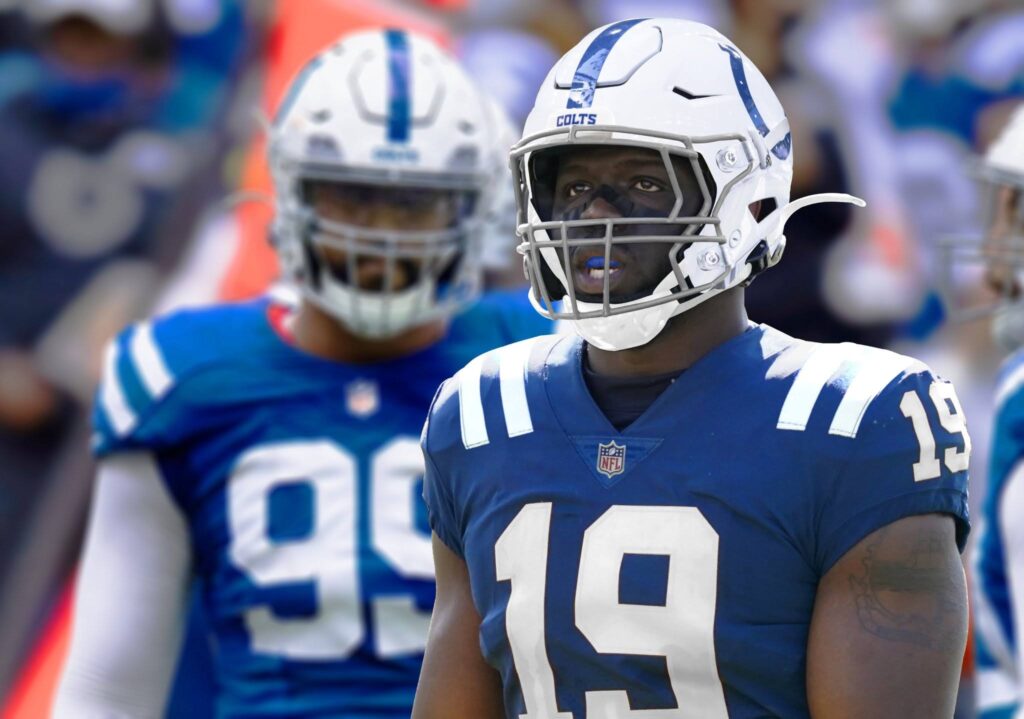 Chris Ballard hit a home run with Paye. While I was #teamtradeback, however, that was before both Darrisaw and Paye were still on the board. Overall I love this pick. I love the Kwity Paye story. He’s already one of my favorites on this roster. I encourage every one of you who read this to read or watch his story. I promise you that you will become an instant fan of his. It’s rare to get a guy with this amount of athleticism with good production and such high character. Paye checks many boxes as a player, and I couldn’t be more excited to watch him on Sundays.