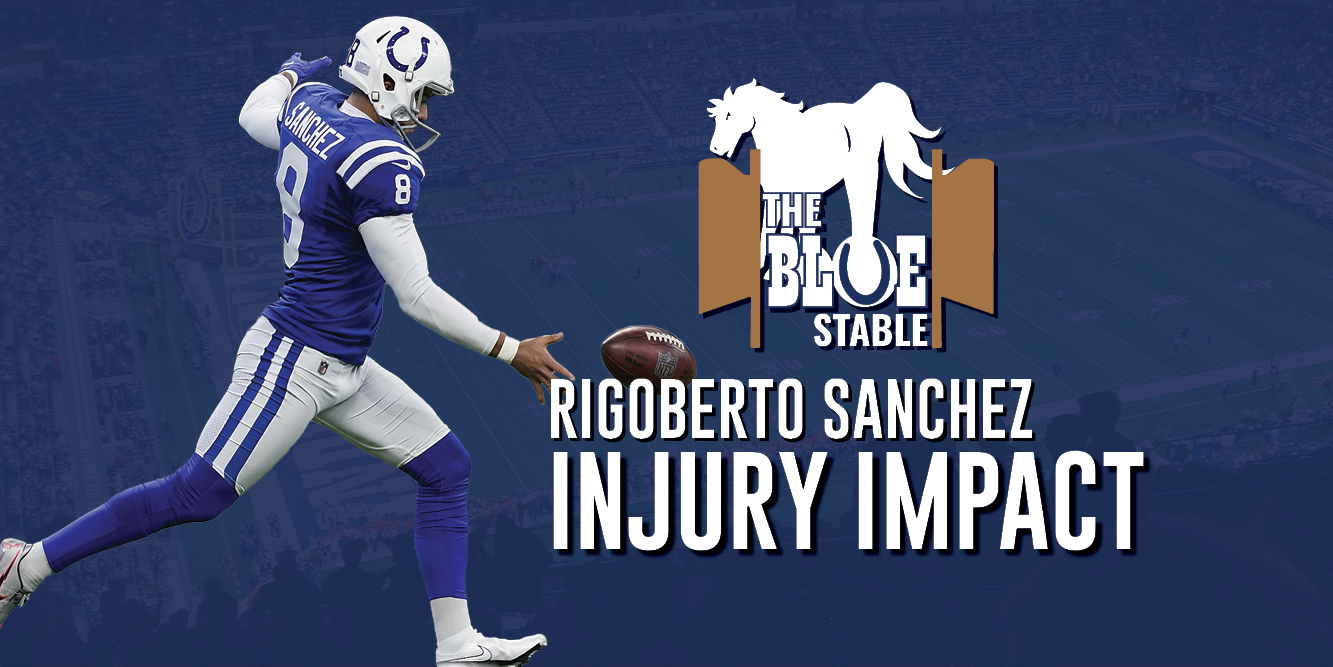 Colts punter Rigoberto Sanchez is speculated to have torn his Achilles in Tuesday’s team practice, according to NFL Network reporter Mike Garafolo (@MikeGarafolo).

The injury allegedly occurred during an end-of-practice wind sprint exercise with the rest of the team. The team will perform further tests to measure the extent of the injury on Wednesday. If the injury is diagnosed as a ruptured Achilles, his expected to be in recovery for around a year.

Embed from Getty Images
Studies have found that players who return from a ruptured Achilles before a full year of recovery show a decrease in the number of games played and lesser levels of performance. But when players return after a year’s worth of recovery, there isn’t a significant difference in the number of games missed or performance levels.

Sanchez signed with the Colts as an undrafted free agent in May 2017 and has been their go-to punter ever since. The only time he missed games in his professional career was back in 2020, when he recovered from emergency surgery to remove a cancerous tumor.

Possible replacements in free agency market include Dustin Colquitt, Matt Haack, Ty Long, Lachlan Edwards, and Sterling Hofrichter. As more information becomes available, we will update you with more information regarding Rigo’s recovery and replacement. Make sure to follow @TheBlue_Stable and turn on our post notifications, so you don’t miss any updates.