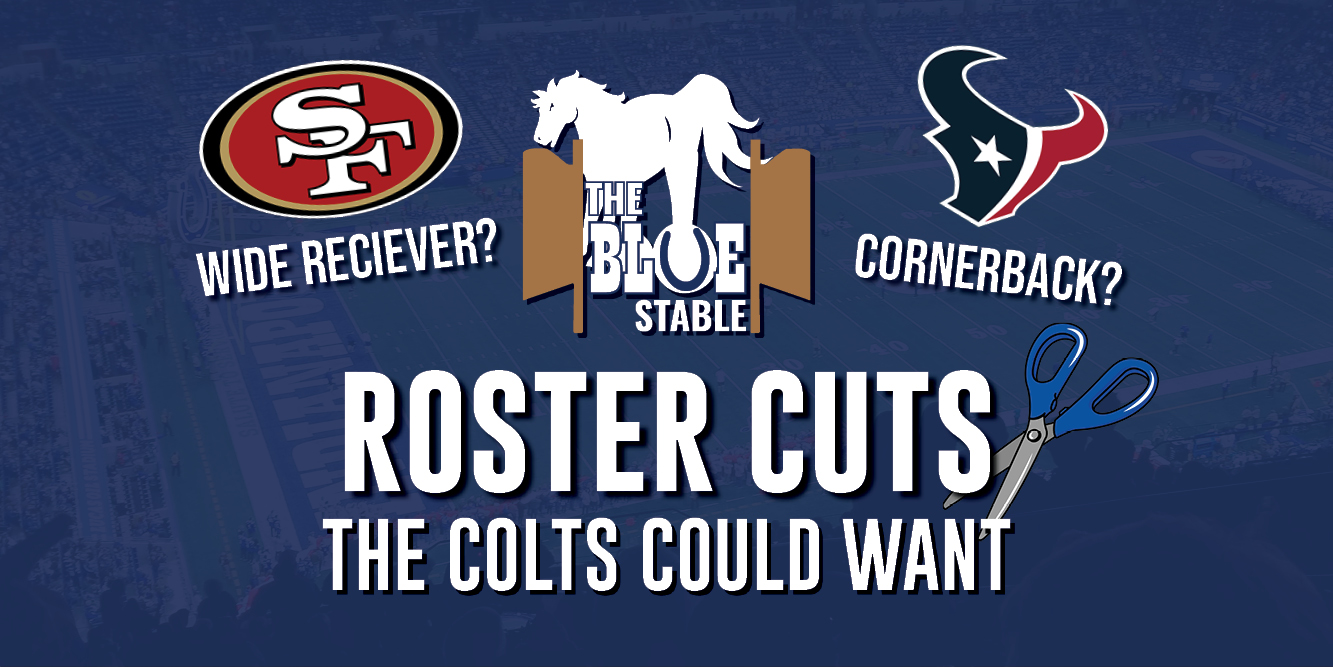 Who are some exciting potential roster cuts the Colts could target?

By Zach SchankermanAugust 24, 2022No Comments

Home » Who are some exciting potential roster cuts the Colts could target?

What is exciting about roster cuts? Why would I get excited about a player who couldn’t make another team as a fan? These are questions you may be asking yourself.

After all, this is how the Colts were able to land players like Kenny Moore II, Matt Pryor, and Marcus Johnson. Moore is the best slot corner in the NFL, and Pryor is the current starting left tackle for the Colts.

History tells us that overlooking this period of talent acquisition is a mistake. That’s why you get excited.

Ironically, the Colts have traded for Johnson during this time of year.
A veteran player loved by Head Coach Frank Reich. Johnson became a victim of the numbers game. But, of course, this was back when the Colts had both Ashton Dulin and Zach Pascal.

Now, Pascal is in Philadelphia, and Dulin has taken his place. T.Y. Hilton still remains a free agent and doesn’t appear to be signing anywhere anytime soon.

If the Colts feel good about their top four receivers, bringing in a player like Johnson makes sense. Johnson has played four years in this offense, both in Philadelphia and Indianapolis.

He has more experience in this offense than anyone on the market besides Hilton. Johnson would be willing to be the 5th or 6th receiver and has experience playing at gunner, too.

I could see a scenario where Johnson isn’t cut but traded for in a late-round pick swap deal. Regardless, he is a player that would add value and experience to the Colts’ WR room.

“…I see he has some instinctive natural movements as a slot receiver, things that are hard to coach that he does exceedingly well. He has a knack, he has very good ball skills…”

The Colts arguably lack a slot receiver in the WR room. Ward would be a welcome addition in that respect. Ward’s transition to the offense would be seamless, given his history in the Colts’ offense. He’s played under Nick Sirianni and Doug Pederson, who both have ties to Reich.

I see him in a similar situation to Johnson where he isn’t cut but traded for in a late-round pick swap deal. He adds a different value than Johnson but value nonetheless.

Although this is a player who was already cut, I wanted to throw him on the list. He is a player who the Colts worked out the last off-season in March, per Tom Pelissero.

Furthermore, the massive tight end could be an excellent replacement for Drew Ogletree. In his career, Sprinkle has started 37 games (Pro Football Reference) and would give the Colts a veteran TE behind Jelani Woods.

His skill-set is like Ogletree’s in a lot of ways. I would enjoy seeing him become a Colt.

Kroft amassed 42 catches and 404 yards in his rookie season and hasn’t been the same since (Yahoo). Yet, he has been a productive player in the NFL.

He would give the Colts enough upside as a pass-catcher to replace Ogletree. Additionally, he gives them some veteran experience, which is a positive.

A name that will look familiar to Colts fans, he started in 6 games last year with Indianapolis and could get cut.

His ability to play both guard and center is crucial. Will Fries has been the only IOL depth that’s looked good in pre-season. Moreover, Pinter used to be the backup center and now will start at right guard.

While Pryor could play guard if needed, more depth on the interior would be great. Chris Ballard should make things right and bring Reed back to Indy. I think he should even look at a late-round pick swap to acquire Reed.

A player who spent time in Atlanta with QB Matt Ryan, McCray could be an intriguing addition. He’s started 27 games in his career and played in 64 (Pro Football Reference).

He has spent time at tackle and at guard. McCray’s versatility could be invaluable to the Colts if signed. McCray would give the Colts an experienced veteran lineman who can play at both guard spots.

We know how significant building depth in the trenches is to Reich and Ballard. Signing McCray would solidify the offensive line.

Back in May, I wrote about some potential free agent cornerbacks who could fit the Colts. Fabian Moreau was one of them, and he got cut.
Moreau is a fantastic athlete who has started 34 games in his career, including 16 last year for the Falcons (Pro Football Reference). His veteran presence outside is a need, and Moreau is only 28 years old, which bodes well.
Moreau would be a great backup to cornerbacks Brandon Facyson and Stephon Gilmore. Moreover, he feels like a player that Chris Ballard would like to add to this defense.
Also, he is no stranger to being a 5th/6th cornerback on the depth chart, and he would fit that role well for this team.

Mitchell would provide a lot of the same things Moreau would. He is a veteran corner who spends his time primarily on the outside.

Any addition at cornerback needs to be someone who can play on the outside. Players like Mitchell and Moreau would be good additions in that regard.

How about the Colts kill two birds with one stone? Thomas has experience playing for Gus Bradley and fits the attack front of the Colts.

After all, he had a career year in a rotational role with Bradley. Why not reunite the two? Signing Thomas would also reunite him with former teammate DeForest Buckner.

His addition would make too much sense.

Stallworth is another player who the Colts let walk this off-season. Yet, like Reed, it wasn’t out of dislike for the player.

The Colts have had problems stopping the run in pre-season, which is why Stallworth makes a lot of sense.

Bringing in a veteran player like Thomas or Stallworth would provide many benefits. Both are capable players in the short term, and allow them to develop Johnson and Brooks on the practice squad.