By Joshua PerezSeptember 10, 2021No Comments
Embed from Getty Images

Colts nation! We made it to week one. It’s time to defeat the online bookies and win big money! By betting on our favorite team. Watching football is fun but watching football while winning cash is even better. It’s opening week. Let’s get a little fancy. Get a nice glass of whiskey, and let’s enjoy winning money Sunday when the Colts play the Seahawks.

I told you all on my very first betting I’m not going to be a homer by any means. We killed the preseason bets, and we’re going to continue to kill it all regular season. Let’s face facts the Colts on opening weekend is not the greatest. That’s okay, though. Let’s win some money even if they lose. The Colts have lost seven consecutive opening week games. That’s the 6th longest streak in the NFL. Vegas is taking note of this. The Seahawks are favored -3 on the road vs. the Colts. I’m high on the Colts this season, and winning this game would be a massive win for this season. Lucas Oil Stadium is going to be bonkers. It’s going to be louder than Bryan Danielson’s AEW debut at All Out in Chicago. Leading up to this week, I’ve been looking at changing my bets in favor of the Colts. Carson Wentz is playing and has blown my expectations out of the water. But I know that’s just the fan in me saying pick the Colts. I’m the self-proclaimed “greatest handicapper in the world,” but I hope I’m wrong! Let’s get into my bets. Be sure to check out my recent article where I go through the best Colt future bets!

PEREZ LOCK OF THE WEEK:

Seattle ML and Under 50 parlay.

Vegas is projecting this to be one of the highest-scoring games of the season, with a game total of 50.

Seattle vs. Indianapolis o/u 50 I’m taking the under. I think Seattle can put up a ton of points. I’m not saying our defense is terrible because it’s not, but Seattle’s offense is lethal. And our offense has too many question marks for me to feel comfortable enough to say yeah, the Colts can put 25 points. I’m taking the under; it makes way too much sense.

The get spicy parlay is precisely what it sounds like. It’s getting a big team parlay to win maximum money. In my opinion, that’s a perfect odd parlay 10$ will win 119$ on that play. I would not suggest betting the farm on the spicy parlay.

We all love football, and we all love football. Put them together, and you get sports gambling. If you’re in a legal state that has legal gambling, you should tail me. Win some extra funds for this opening week with me. Watching football is fun and exciting, especially with it being opening week, but if you want to make it even more fun and get a little more action in the games this weekend, play my plays. 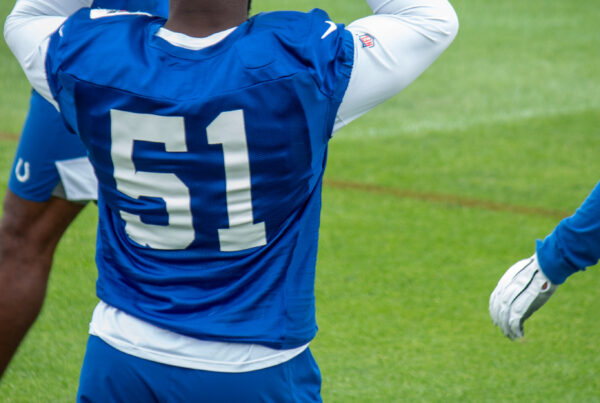 Embed from Getty Images  Do you love sports? Do you love going to Vegas and…
Joshua Perez 0

Embed from Getty Images  It’s the final week of the preseason. The Colts are still…
Joshua Perez 0