This is the time where dynasty owners are looking to see how NFL teams have helped their players or hurt them. This draft has been no different, as many players got helped by their team’s choices and others that will have their production limited by it.

Let’s start off with a good note, shall we? There were many players that I’m higher on now than I was before the draft. Let’s start from the top;

Jacksonville Pass Catchers: Even though we knew the pick was a lock, Jacksonville getting Trevor Lawrence will help Chark, Schenault, and Marvin Jones. Not only did they get an upgrade at QB, but at pick 45, they took OT Walker Little. Better protection + better quarterback = better production.

Matt Ryan: While Atlanta has many holes on defense, and there were rumblings that perhaps the Falcons could take Justin Fields as a successor, they went with the best Tight End prospect potentially ever. While Pitts may not end up like Travis Kelce or Kittle straight away, he has the talent to get there easily. If Julio Jones does end up getting traded, Pitts will be a focal point of this offense.

Tua Tagovailoa: The Dolphins are fully supporting Tua and his development. They got him Will Fuller and now drafted Jaylen Waddle to totally revamp this receiving corps. They also decided to trade up to get Liam Eichenberg to better protect him. If he doesn’t start succeeding soon, then they may look for his replacement.

Jalen Hurts: When the Eagles traded up to 10, Justin Fields was still on the board. While the Eagles could have got another top QB draftee, they decided to put their faith in Hurts and give him a full season to see if he will become their franchise QB. Devonta Smith is a great receiver for this Philadelphia offense. He will right away come in and be Hurts’ top target.

The Chicago Bears Offense: Not only did the Bears trade up to get Justin Fields to upgrade at QB, but they also got OT Tevin Jenkins in the second round. I think this helps every area of the Chicago offense. Allen Robinson may even change his mind about not wanting to stay in Chicago if Fields works out.

Antonio Gibson: There were rumblings that the Washington Football Team was considering drafting a running back to compete with Gibson. Instead, they got a top tackle in Samuel Cosmi in the second round. Gibson has the talent to become an RB1 this year in the Fitzpatrick-led Washington offense.

Sam Darnold: The Panthers are doing everything the Jets would not for Sam Darnold. They are giving him a team. While CMC, D.J. Moore, and reuniting with Robby Anderson was already a win, Carolina went and drafted Terrace Marshall Jr. in the second round. They also drafted a tackle and tight end in the third round.

Not everyone will get the boost that the players above did. Teams always have to look at the now and look for the future. Here are some players that now have competition and potentially a job lost because of this NFL draft.

Jimmy Garoppolo: While we all knew that when the 49ers traded from 12 to 3 that they were taking a quarterback, we were unsure which one. Taking Trey Lance means that Jimmy G may keep his starting job for a little longer, but the talent of Lance will sooner or later take over for him. Not only did the 49ers draft his replacement, but he also can’t even go back to the comfort of Belichick and New England as they drafted Mac Jones.

James Robinson: One of the surprises of the first round was Jacksonville selecting Travis Etienne. Robinson as an undrafted free agent last year ran for over 1,000 yards in 14 games. Jacksonville did nothing this offseason to help him out. They went out in free agency and signed Carlos Hyde and now spent a premium draft pick on a talented running back. At the same time, he may still be the starter for now; who knows how much longer.

Melvin Gordon: Denver did not only draft a running back early; they traded up to get him. Denver traded to the top of the second round to draft Javonte Williams. While Gordon may still be the starter at the start of the season, he is a free agent at the end of the season. Who knows? Gordon may lose the job before then.

Green Bay Offense: While this was not because of the draft itself, it was made known during the draft that Rodgers wants out of Green Bay. I can’t blame him, as the only offensive first-rounder Green Bay has made since 2012 was his replacement. While I think that Rodgers is still in Green Bay by the start of the season, if he leaves, Jordan Love will not have an MVP season like Rodgers just did.

49ers Running Backs: The 49ers backfield is always a coveted one. The starting running back of Kyle Shanahan’s system is who you want on your team. With the 49ers drafting Trey Sermon in the third round, there’s a chance he can beat out every current running back on their roster. At the very least, he may take some of their work.

Jamison Crowder: One of my wide receivers on my dynasty team last year, Crowder was the lone WR left at the beginning of the offseason. Knowing the Jets were going to draft Zach Wilson, I was expecting him to be a winner, but instead, the Jets signed Corey Davis and drafted Elijah Moore. Crowder may now be a cap cut after the draft process.

There is a long way between now and the start of the season, but the outlooks of many players have changed over the past week.

Co-Owner and Chief Web Officer of The Blue Stable. Also have my own company, Verkamp Designs. Follow me on Twitter: @BigVerkamp 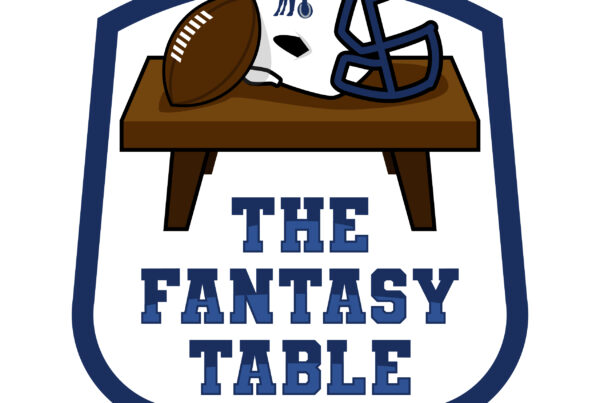 This is the time of year that dynasty fantasy football players love. Now that the…
LukeVerkamp 0