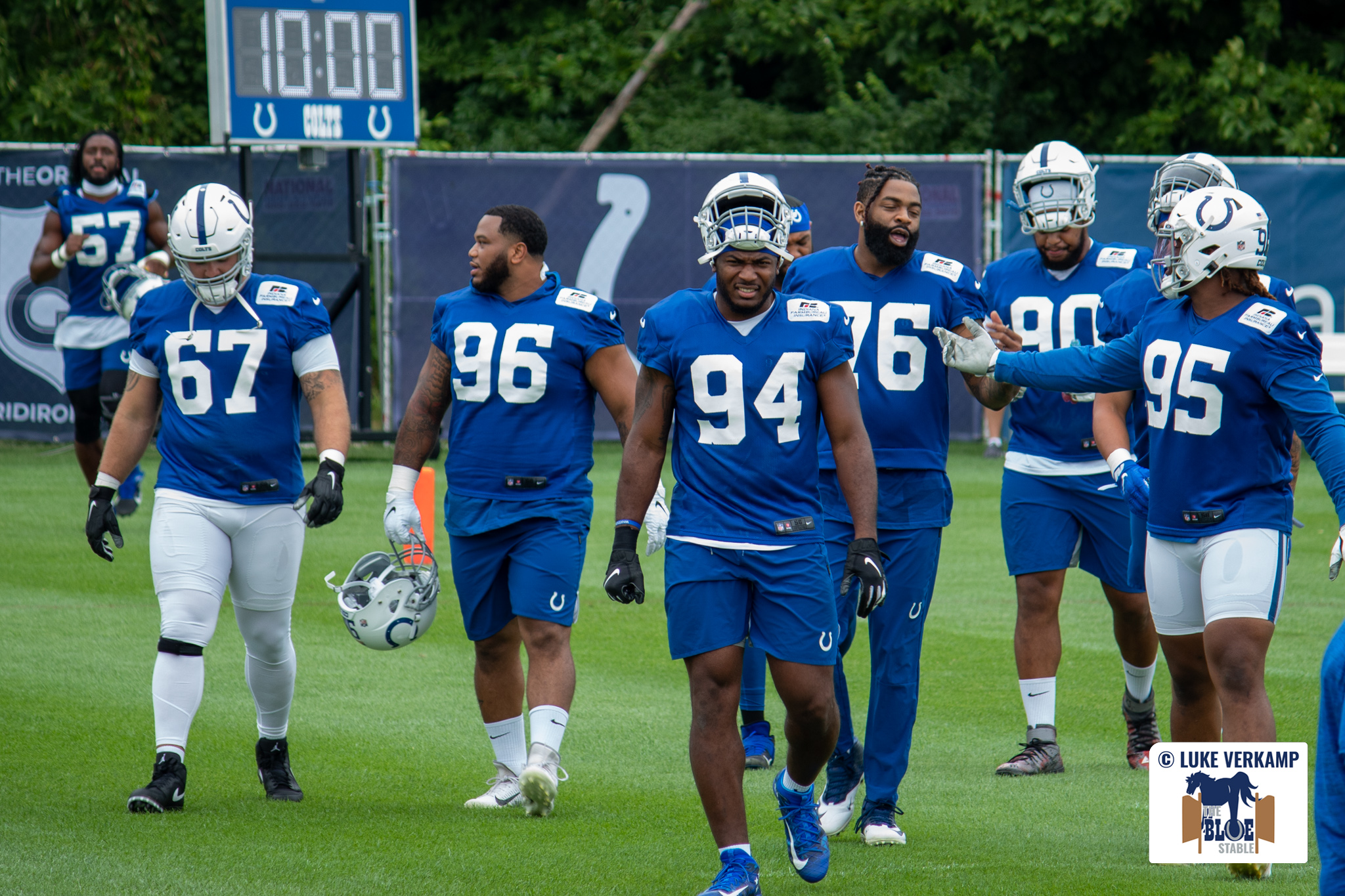 Winner and Losers from Colts Camp 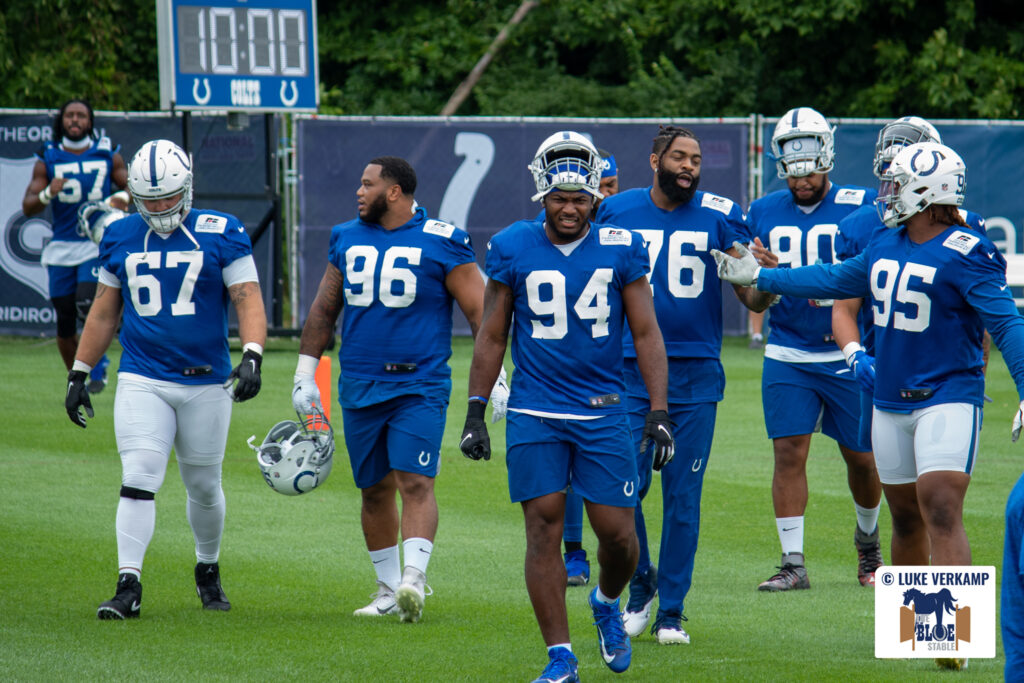 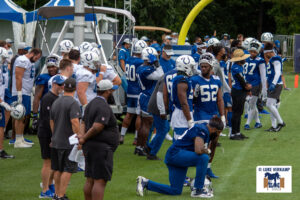 Stay with me for a second. The Colts are losers during training camp. There is no way around it. As much as it pains me to say this but the Colts lost big-time losers during camp. I say they’re losers because of the crazy Injuries. I mean, how do you explain Carson Wentz and Big Q going down with the same injury. Let’s not forgot Ryan Kelly is out and has been. Leonard? Amid ongoing contract negotiations is out with an ankle injury. Rookie TE Kylen Granson and second-year player Julian Blackmon were held out of a recent practice for a precautionary knee injury. And to put the icing on the cake, I want everyone to stop what your doing, find wood and knock on it. DeForest Buckner didn’t practice for “precaution” of a…you guessed it. Another foot injury. It’s just a concern, but this is the NFL, and you roll with the punches. Want to talk about losing? How about the Colts offense without Wentz. When big Grover Stewart has an INT, you know there is a legit problem.

It was a no-brainer the Colts needed both depth and a starter at LT after Castanzo retired. But if training camp has taught us one thing, it’s that either Sam Tevi is bad or rookie edge rusher Kwity Paye will be the next superstar. Hopefully, Paye is a superstar, but Tevi does have a track record of not being the best. Tevi has been a clear loser of camp. Good news Davenport is back, ready to go; bad news? Tevi is still the starter as of this writing. Rivers retired so that he wouldn’t have to line up Tevi this season. (Don’t quote me just a wild guess)

I don’t think I was going to forget this one. Rock has been on a lot of training camp videos released by the Colts social media team. But not for makings plays, but for letting Pittman Jr. and others make plays on his head. On day 4 of camp, he gave up not one, not two, but three touchdowns during one on 1’s. This is undoubtedly a make-or-break year for Rock, and he’s off to a rocky start at Colts camp, to say the least.

With Nelson, Fisher, and Kelly all out, the offensive line has struggled heavily. And like Tevi, either our defense will be top 5, or this line is struggling. Good for the defense but bad for the offense. It’s hard to get an honest look at what the offense and Jacob Eason can be when plays are being blown up because the defensive line is wreaking havoc.

We talked about some of the losers of camp, but now let’s discuss the winners. I know I was pretty harsh but trust me, we have some bright spots.

The defense is looking as advertised. The defensive line specifically is looking good vs. our banged-up offensive line. I mentioned above that our offensive line has been struggling, making the defense winners. I’ll have some individual guys who have stood out to me during camp, but I’d be crazy, not to mention the defense. Matt Eberflus has this unit on the right track.

It’s time to bring the Paye! Paye has brought it to Holden and Tevi all camp. The Colts’ first round is as advertised. This could be a product of Tevi being arguably the worst in camp, but I think it’s a nice balance between the two. Paye has shown during camp he can be a cornerstone off the edge for the Colts. If he can be, I expect both Buckner and Stewart to have an excellent season. I put Paye as a winner, but in reality, it’s all of the guys off the edge. Paye, Banogu, and Turay. The Colts draft Paye in round 1, and he’s showing exactly why. But opposite of Paye, that other spot is wide open. Banogu has popped off as of late, and I think it’s safe to say he could have a significant impact in the preseason. Banogu didn’t see much time on the field, especially last season, but I think it’s starting to click for him.

Pascal has done a lot of good things for the Colts. He always seems to find his way on the field. Don’t look at numbers for Pascal to judge him because what he does on the field doesn’t show up in the stat sheet. He’s an excellent run blocker and does everything else well, not great. But this year at camp, he’s starting to shine a bit more than usual, making big plays. Look no further than this right here:

RT this if you enjoy football. 😍 pic.twitter.com/IQBraY8RZ5

Going one-on-one vs. Kenny Moore, watch as he uses his hands and runs an excellent route. 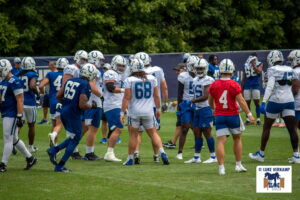 You know I’m all in on team Sam if you follow me on Twitter (@firstsnap). A guy who has started to pick up traction by Colts media as of the last few practices. It’s been described as “Eason has the arm, but Ehlinger has something special. He’s got moxie.” -Stephen Holder of The Athletic. Look, we all know Eason is the guy right but do not be surprised WHEN Ehlinger lights it up this preseason and eventually wins the starting job in Wentz’s absence.