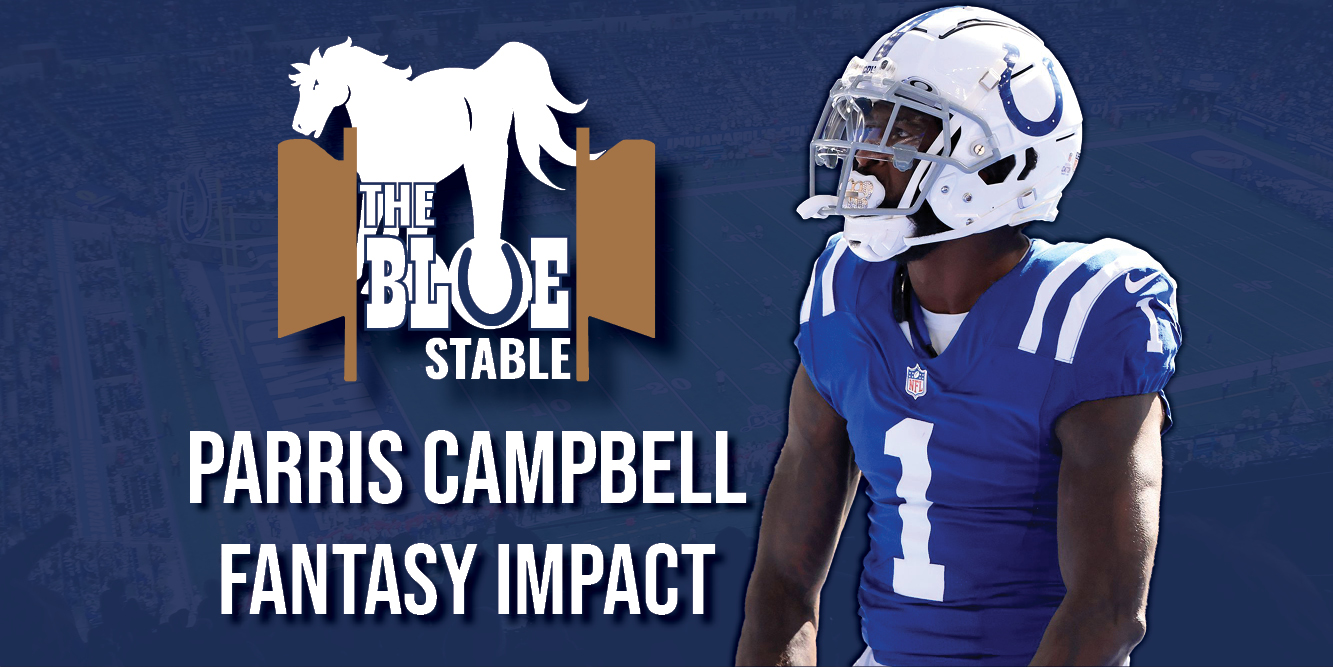 Why Parris Campbell Can Breakout (Both in Season and Fantasy)

Home » Why Parris Campbell Can Breakout (Both in Season and Fantasy)

The Colts’ receiver room, in my opinion, has been one of the hardest to feel out all offseason. We’ve heard rumors of a potentially big fish free agent signing, drafting multiple weapons on the outside, and resigning the Ghost TY Hilton.

When it comes to a fantasy perspective, it was even harder to look at. But I feel the smoke is clearing now. The next question we have to ask ourselves is, who is going to be that 3rd or 4th option. We’ve seen in the past how big of an impact a 3rd or 4th option can have a significant fantasy impact. One player I believe could be that for the Indianapolis Colts is Parris Campbell.

The picture has become more apparent now that we’re post-draft and the second and third wave of free agency. We know Pittman, Pierce, and Hines should all be featured pieces within the offense. Which makes them all fantasy viable.

That’s only three options in the offense. Guys like Campbell, Dulin, or Patmon will have to step up. Pittman and Pierce will be taken out of the game by an elite corner. When that time happens, the Colts need to find that reliable option. I believe that a dependable option could be Parris Campbell.

Embed from Getty Images
There is no player I am rooting for more than Parris Campbell. Well, maybe Sam Ehlinger, of course. But I am genuinely rooting for Campbell to have a lights-out season. The talent is there for Campbell, and it has been since he walked through the door. The only thing that has held him back is injuries.

I have no reason to believe Campbell can stay healthy for an entire season. However, what I do have is hope. It’s just a feeling I have about Campbell.

A large part of Fantasy football is a gut feeling. The way we draft our “sleepers” is based on a gut feeling. We know Campbell can play at a high level. The thing that’s held him back from becoming a superstar has been his health. In a contract year, Campbell has to prove to both himself and the team that he’s worth a future long-term investment. Campbell needs to take the next step this coming season.

We see it often in contract years. Campbell happens to be in a contract year. We know the Colts like Campbell on and off the field. But if we see another season-ending injury to Campbell, it’s not likely that he’ll be here next season.

Contract years are where an average player will take the next step. It happens every year; we see these players have breakout seasons in hopes of getting a higher payday.

Campbell being in a contract year makes him an ideal candidate to breakout for the Indianapolis Colts, who desperately need another option, which is also what makes him an option to explode onto the fantasy scene. Why not Campbell? If he can stay healthy, then why not Campbell?

Embed from Getty Images
I’d like to point out a few games Campbell has had in the past that make me a little excited to draft Campbell. This past year vs. the Texans; 1 play, 51 yards, and a touchdown. After the play, of course, he was injured and out for the rest of the season. But it was a glimpse of what he could be capable of.

Campbell averaged around four targets a game when healthy. This isn’t great, but for a team that has been traditionally run first, four targets is something special. Campbell poses big play ability, which is why I’m pumped to stash Campbell on my roster.

Ashton Dulin has been receiving high praise this offseason. Dulin, in my opinion, could have the upper hand over Campbell to be the third option because of his ability to make an impact in play-action and running plays. Getting him on the field a bit more than Campbell. Dulin is an ideal candidate to take the Zach Pascal role in the offense (if Pierce doesn’t take the role of Pascal.)

Does being a third or fourth option in the Colts’ offense have fantasy value? I believe it depends on who is in that role. If it’s Dulin, I could see a GPP play weekly from week to week.

However, if it’s Campbell, I could see the potential of being a solid flex option for your fantasy teams. Campbell’s big play ability alone makes him worth a fantasy stash. His projected ADP (average draft position) is low.

Campbell is currently being selected at 264. Which again is very low. Making him not worth much of a risk to draft. Instead of drafting two quarterbacks, only select one and stash Campbell.

Here’s why I’m so high on Campbell and why I believe in him this year. The answer is simple. It’s Matt Ryan. Matt Ryan has made fantasy players very happy in the past. I know many people are flocking to Pierce and Pittman, but Ryan has always made his third option fantasy viable.

Suppose Campbell can be that third option with Matt Ryan. His fantasy impact could be sky-high. I am excited to roster Campbell this season on my teams. Will you be stashing Campbell this year? Or are you not able to get past his horrible injury history? Let us know in the comments!