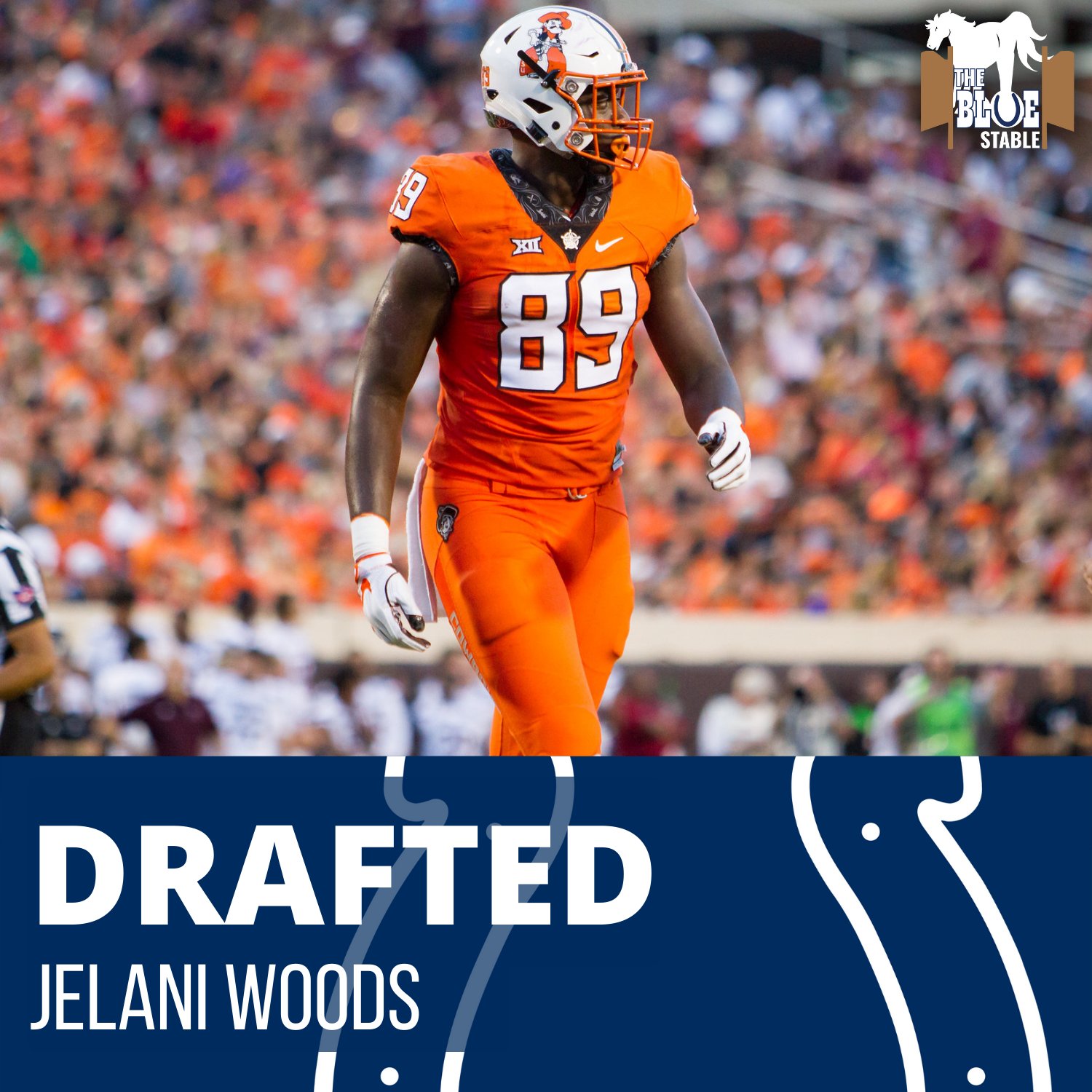 With the 73rd pick of the NFL Draft the Indianapolis Colts select Jelani Woods TE Virginia.

With the 73rd pick, the Indianapolis #Colts select Jelani Woods!

Woods is a former 3-star recruit out of Georgia who started his collegiate career at Oklahoma State in 2017, where he was a redshirt freshman. His time at Oklahoma State was less than productive as he was only able to put up 361 yards on 31 catches and 4 touchdowns in his 3-year OSU career. Woods decided to transfer for his final collegiate season to Virginia. The transfer choice was very fruitful as Woods exploded, leading to his most productive season, putting up 598 yards on 44 catches and 8 touchdowns.

Woods continued his season success into the offseason as he demolished the NFL combine. Woods would end with the 2nd fastest TE 40 at 4.61 and the most bench reps for a TE with 24. Many thought Woods could test well via his tape, but he vastly exceeded expectations. He plays with aggression that I believe could translate in the run blocking world immediately. May be flagged early but once he gets the hang of it he has the grit and attitude to really get on a defenders nerves. Wood’s very large frame at 6’7 253 is what popped on his senior year film. Adding that size to an already gigantic TE in Indy, Mo Allie Cox at 6’5, WR Pittman Jr. at 6’4, and newly drafted WR Alec Pierce 6’3 adds up to some really fun redone packages in Indy. Woods will need to translate his combine stats to the field, but if he does, this pick makes the Colts’ offense DANGEROUS.

Special athlete, and complete tight end, and one of the highest ceiling tight ends of the last two draft classes.

The Colts have drafted Virginia TE Jelani Woods at No. 73 overall.

One of the most athletic tight ends you’ll ever see. OC Marcus Brady coached him at the Shrine Bowl and the Colts had been on him ever since.

The Colts grab athletic FREAK of a TE Jelani Woods with their 1st 3rd round pick.

Woods murdered the scouting combine and was one of this years biggest risers throughout the draft cycle.

Thanks for visiting The Blue Stable. You can join the conversation on Twitter at @TheBlue_Stable.