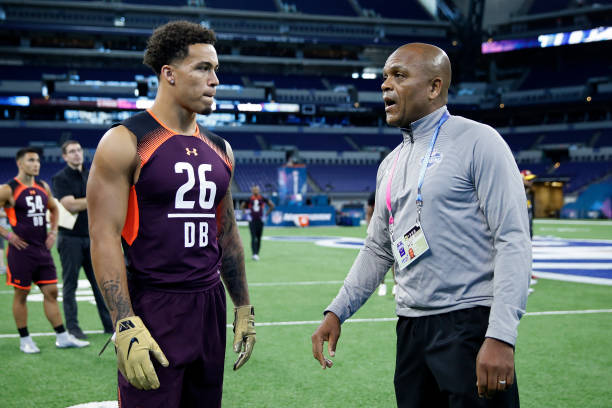 The Colts announced Monday morning the hiring of new Defensive Coordinator Gus Bradley. Now we shift our focus to which assistants he will bring to his staff. Teachers and communicators are some of the most important traits the next staff needs to have. To be able to develop young talent should be the No.1 priority.

The Colts should want to be able to elevate the performances of established stars such as Darius Leonard, Kenny Moore, and DeForest Buckner. But getting the most out of guys like Okereke, Kwity, Dayo, Ya-Sin who the Colts hope become stars themselves is important.

Im most excited about who’s gonna teach and elevate our young safety duo in Khari Willis and Julian Blackmon. The duo no doubt are the keys to Gus Bradley’s Cover 3 defense and we have already seen the pair play at a high level. Just imagine what they can do in a system that’s designs for them to flourish.

Below are updates of assistant coaching hires and departures on offense and defensive staffs.

In LA. He coached the likes of Derwin James, Casey Hayward Jr, Desmond King, Jason Verrett, Rayshaun Jenkins and Eric Weddle. All of whom hold All-Pro and Pro Bowl honors. Ron Milus brings an intelligence of the position and is an incredible teacher and Leader. Colts landed a good one.

Thursday Feb 10th: Sources say The Jacksonville Jaguars are hiring Colts offensive analyst Press Taylor as the teams new Offensive Coordinator. The Colts are in the market for a new offensive analyst.

Mike Groh, in his 2nd year did not have the most production from his group. Outside of Michael Pittman Jr. not other receiver reach 400 receiving yards which is an absolute disgrace. Look for The Colts to be trying to upgrade at WR in Free Agency but also looking am for a new voice to leader the receivers room.