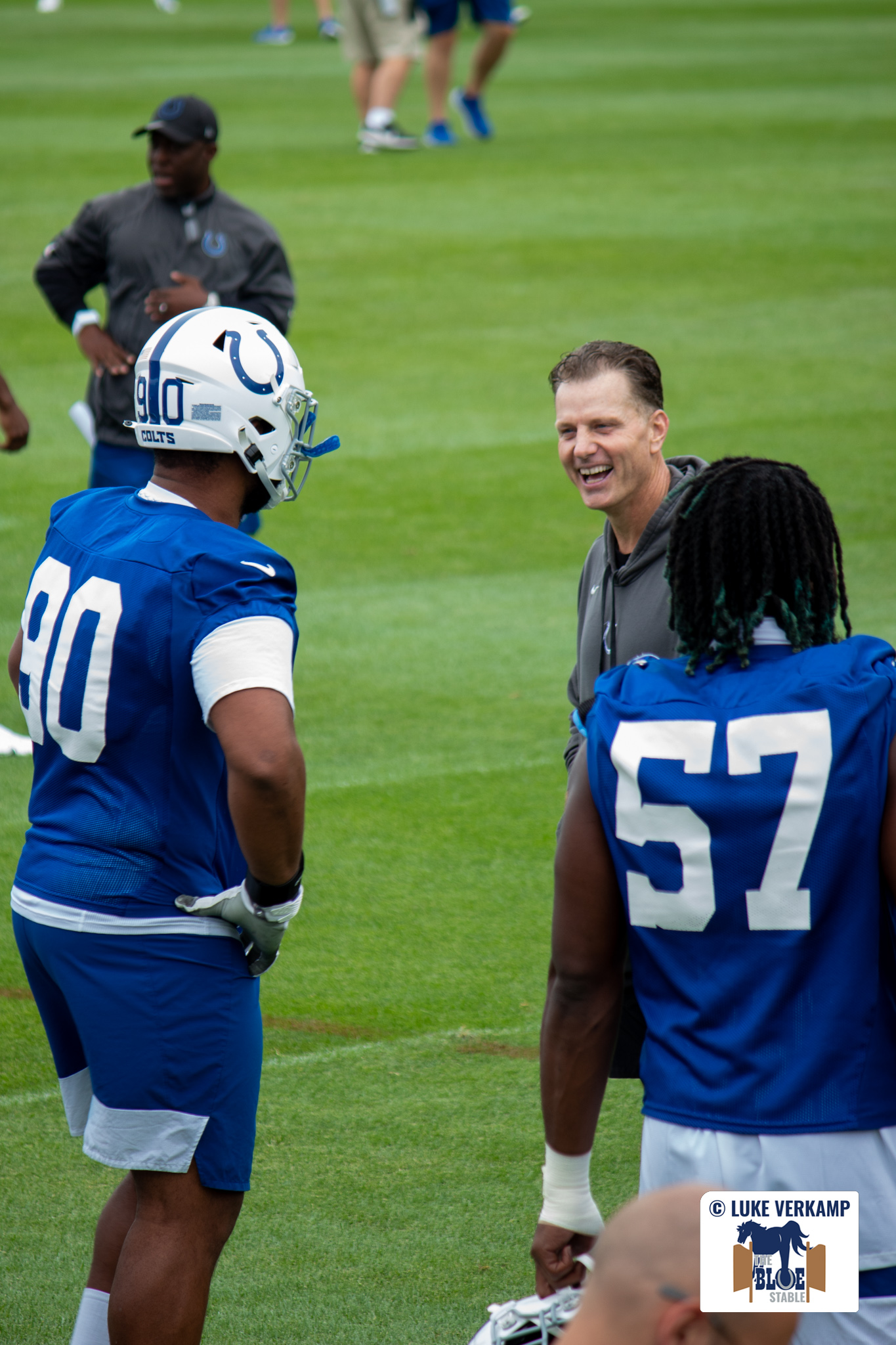 Should the Colts Hire a Former Player?

By TheBlueStableJanuary 29, 2022No Comments
Embed from Getty Images

Matt Eberflus is officially gone from the Indianapolis Colts. (Huge congrats to Coach Flus) This Colts defense could look different next season. Depending on the hire to replace Eberflus, we could even see a new defensive scheme. A few coaches have already joined Eberflus in Chicago.  Brian Baker, Colts defensive line coach, will not be returning. It’s being reported from Jeremy Fowler of ESPN that Colts linebackers coach Dave Borgonzi is expected to join Eberflus in Chicago. Many changes are coming after the debacle that was the season finale in Jacksonville. There are too many unanswered questions in Indianapolis for anyone to speculate what’s coming. Zach and I have written an article detailing who could replace Eberflus as the Colts defensive coordinator. But what about some of the position coaches?

The Colts will enter the new season with many new faces on the coaching staff. Brian Baker is out as defensive line coach. Dave Borgonzi is out as the linebackers coach. James Rowe is out as cornerbacks coach. The Bears have scheduled an interview with Alan Williams to be the defensive coordinator in Chicago, joining the rest of the staff. Not only is the defensive coordinator job open in Indianapolis, but a lot of the position coaches are as well. A lot of Coltsnation is calling for former players to be hired. It wouldn’t be the worst thing in the world to hire a former player or two.

Colts Twitter has been crazy as of late, going after a Hall of Fame quarterback to saying a former player has no idea how much work goes into it the job. With that being said, I’m going on record saying these former players have what it takes to coach. In my opinion, former players sometimes make the best coaches. I look at Bubba Ventrone specifically, who has completely turned around this Colts special teams unit. Another guy who’s not Colts coach is Kellen Moore. He’s drawn up what some might call a better coaching career. So much so that he’s getting Head Coaching interviews in his 5th year of coaching. Former players who make the coaching transition have found great success. The Colts always ask the question, “why not us?” So now I ask the question, “why not them?” (Them being our former players)

Darius Butler would make an excellent coach. While I don’t believe he should be the defensive coordinator, I firmly believe Dbut should be the cornerback’s coach to replace James Rowe. Former Colts Head Coach Chuck Pagano had this to say about the former player on the Pat Mcafee Show.

Going to use this as my official letter of recommendation from Coach Pagano.

SN: Never too late for that pay bump @Colts 💰👀

However, he has reached out to Chris Ballard about the defensive coordinator position and is serious about the job. I don’t believe this is just for show; I think he is serious about becoming a coach for the Indianapolis Colts, and I am here for it. Butler is well respected in Indianapolis, a former player and all, and would make an excellent choice for the new and improved Colts Coaching staff.

As a former player, Butler would bring a new perspective to a defensive unit using a facelift. I’m all for it, but what do you all think? At the minimum, he deserves a fair opportunity at the job. Should the Colts hire Butler for the Defensive coordinator or cornerbacks coach? Let us know @theblue_stable