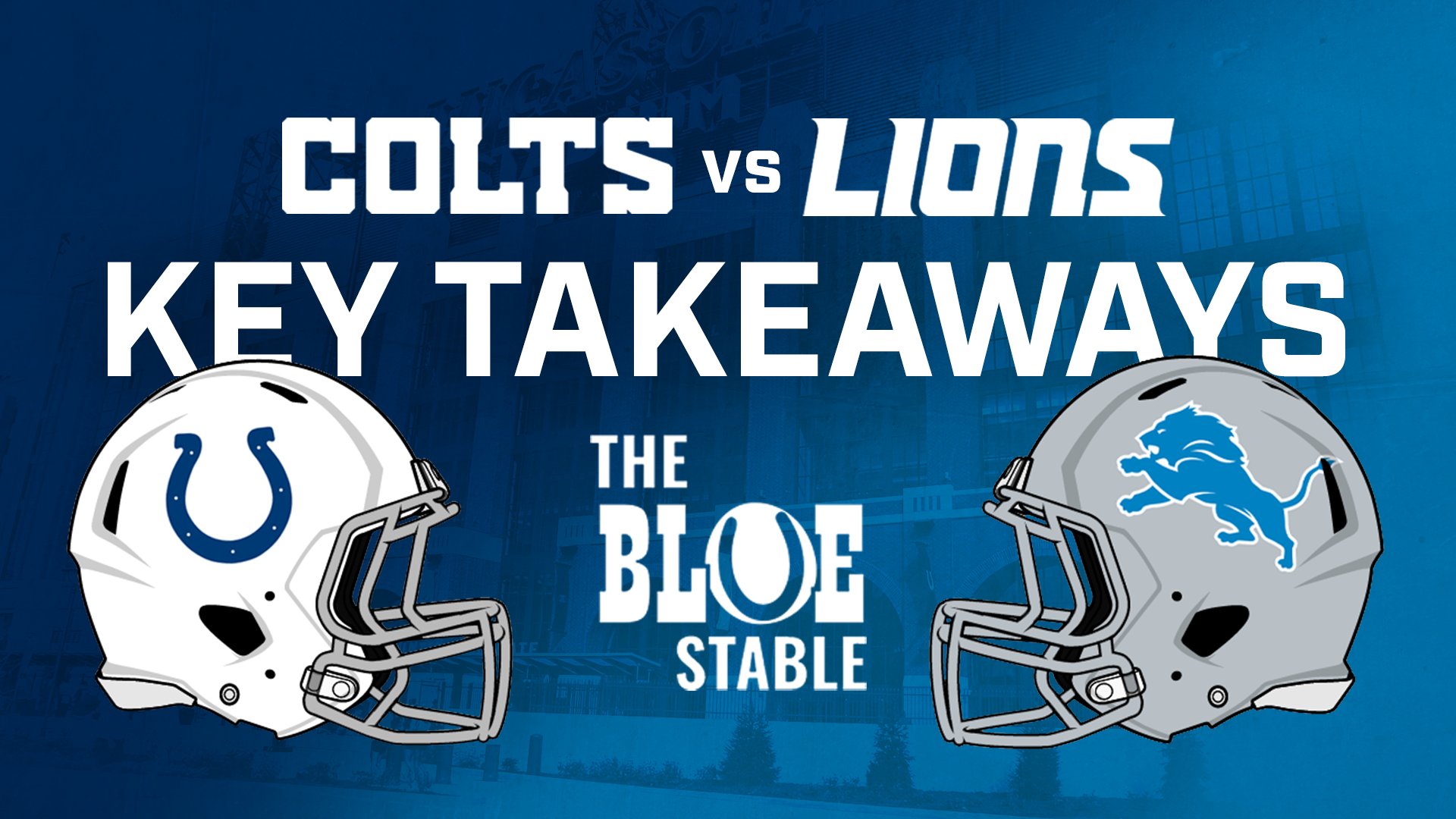 By Zachary ClemonsAugust 21, 2022No Comments

Football finally made its return to Lucas Oil Stadium. The Colts hosted the Detroit Lions all week leading up to a preseason matchup. Not that these results matter, but the Lions came out on top 27-26. While most starters didn’t see the field, the depth battles were on full display.

The starting units in Indy have been building hype all summer long. But you’re only as strong as your weakest link, right? Let’s dive into the bright spots and areas of concern from the depth guys.

A few players stood out to me during Saturday’s contest, but one guy seemed to be on a mission to prove he belongs on this roster. Dezmon Patmon was electric all game, catching 5 passes for 103 yards and a touchdown.

Patmon could be very important as a piece of a young, unproven WR room. He gave us glimpses of what he could do with the ball in his hands. The 3rd year WR took a crossing route from Nick Foles for 23 yards. The very next play, a fake screen freed up Patmon for a leaping 20-yard grab.

Dezmon’s biggest play would come in the 3rd quarter; Sam Ehlinger escaped the pocket and delivered a bomb to the wide-open Patmon, who would then tuck-and-roll into the endzone for a 50-yard touchdown catch.

I believe the Washington State product will find a secure spot on the 53-man roster. There won’t be a shortage of opportunities either.

Patmon wasn’t the only standout in the WR room, as Mike Strachan flashed more of that potential we saw last offseason. A second quarter scoring drive provided Strachan with 3 catches for 45 yards and the touchdown.

Three catches on the drive! How you doin’, @Mike_Playmaker?!

For the second week in a row, Sam Ehlinger impressed. QB3 (yes, he is still QB3) completed 9 of his 11 passing attempts to tally up 136 yards and two touchdowns. Despite struggling to read the defense, especially in the read option game, Sam has shown major development from last season.

Rounding out the offensive standouts is Bernhard Raimann. Many look at the rookie as the starting left tackle of the future. However, if Raimann can keep making strides, he may not have to wait for the future. I was stumped when looking for a pass block battle that Bernhard didn’t win in this game.

Flipping our focus over to the other side of the ball, the starting defense for the Colts is projected to be a top-10 (possibly top-5) unit in the league. Who looked poised to make an impact on a top defensive team?

Nick Cross, a Maryland product, has been the talk of training camp and preseason thus far. After Khari Willis decided to retire, Indy’s staff looked to Cross to fill those shoes. Getting more reps in for the young guy is vital for his development.

Nick didn’t see much field time on Saturday but was as advertised during his short clock. Breaking up a catch in the endzone and forcing the Lions to settle for 3 put his extensive range on full display.

Nick Cross breaks up a pass in the end zone for the second week in a row 👀 pic.twitter.com/0E8LwMjMYx

The other defensive player to impress me was Dayo Odeyingbo. The young defensive end was busy in the preseason game. You can never have too many pass rushers in this league, and Colts fans will sure welcome as many as possible.

Dayo found his way to the QB for a total of 2 sacks. Pairing that with 2 tackles for loss and 2 QB hits shows what could lie ahead.

Along with the good comes the bad. As stated before, the starting units of the Colts are solid. But depth could be a cause of concern in certain groups.

The biggest concern would be the secondary. Stephon Gilmore, Kenny Moore II, Julian Blackmon, and Nick Cross solidify a very talented starting group. Behind those guys are a bunch of question marks.

From my point of view, this group struggled with man coverage. Players are consistently getting lost on routes and no attempts to even make a play on the ball. No confidence is gained when watching a WR make a grab over a DB who has their back turned to the ball.

However, there are some very talented tacklers in that group. Multiple guys looked comfortable tackling in open space. Hopefully, we’ll see improvements in their coverage.

The Lions had no issue running the ball on the backup defense. 33 carries for 174 yards leads me to my next area of concern, the interior defensive line.

Outside of Tyquan Lewis, that group had a woeful day. Lions’ running backs were reaching the secondary before the defensive linemen were shedding their blocks. Even when the pocket seemed to collapse on the edges, the QBs would step up in the middle and unload shots to open receivers.

Four Lions RBs had 7 carries in the game.

On To Next Week…

With more roster cuts looming this week, we’ll have a better idea of what the 53-man roster will look like. The preseason is made for guys to show what they can offer with a spot on that roster.

Despite struggling this week, there is another week to prove you belong. Even guys that impressed have to continue to impress.

Hope to see you all in Lucas Oil Stadium next week for the final preseason game as the Indianapolis Colts host the Tampa Bay Buccaneers.