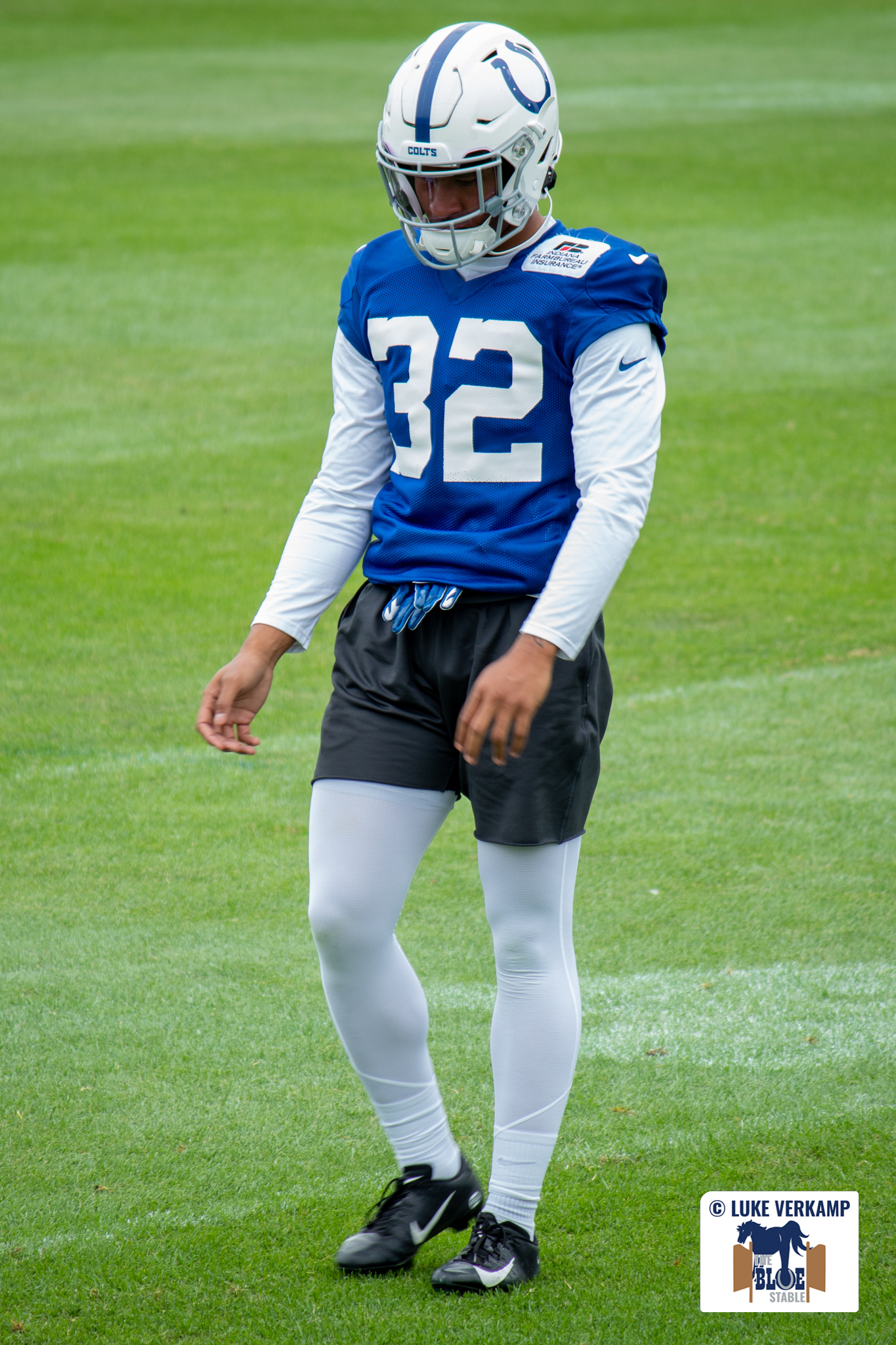 Julian Blackmon Injured: What are the Midseason FA Safety Options?

News broke on Thursday that Julian Blackmon has torn his Achilles in practice on Wednesday, ending his promising 2021 season. Blackmon was one of the best in the secondary and one of the few bright spots on a pass Defense that is ranked just 20th in yards allowed & 31st in points allowed. While there are some in-house options to replace him (TJ Carrie when healthy has moved to Safety, Andrew Sendejo has gotten some snaps already, & George Odum is experienced at both safety spots). But none of these options are either healthy (Carrie on IR & Sendejo is Questionable heading into week 7) or proven to be effective for a season at Safety. Colts need depth/a new starting FS for the rest of 2021. Thankfully there are a few options available to fill the need:

Tre Boston is the best ball hawking Safety available right now. With 12 INTS over the last 4 years and with 76 starts under his belt, Boston brings playmaking upside and experience to a unit in sore need of both. 2020 was his worst year, but with 3 prior years of solid play in 3 different systems and 3 different teams, the journeyman Safety isn’t a terrible option considering how deep into the season the Colts are. Where Boston truly struggles is in the Run game, but that might get balanced out with Khari Willis’ talent in that regard. Would be interesting to see how well he would do in Single high looks that the Colts employ at times, but would be a good fit in the predominantly zone coverage the Colts run.

Of this list, Jacoby has by far the least amount of experience. The 2021 rookie was originally a Safety in college, but the Eagles surprised many by selecting him as a Linebacker, a position he never formally played at the collegiate level. While Stevens can have the range for either spot, I see the Colts returning him to his Safety roots. He might be a bit of a project compared to the rest of the players mentioned, but the fan favorite prospect has a phenomenal work ethic, good experience at LSU, and enough athleticism to warrant taking a chance on him considering the Colts dire need at Safety. Should the Colts opt to sign him off of the Eagles practice squad, I’d anticipate some growing pains, but he would be a fascinating player to watch develop into a potential long term 3rd safety.

Kenny Vaccaro is the least likely on this list to come to the Colts. The Former Titans and Saints safety reportedly turned down multiple offers this offseason to play for various teams to pursue a career as the CEO of a video game streaming company Gamers First (G1). Whether or not he is willing to stop playing Destiny 2 and rejoin the NFL is to be determined, but if he is interested the Colts might kick the tires on him. The 109 game veteran has had some flashes of strong coverage, but is a good blitzer and a solid run stopping Safety. While he might not be as fast as Blackmon or as skilled in coverage, he certainly can be an enforcer. Of course, luring him back to the NFL might not be an option.

Ha-Ha Clinton Dix is a favorite choice of mine. He has the versatility to lineup at both safety spots, is a 90 start veteran, and had a really strong season in 2019 allowing only 59.1% completion % on his target, 2 INTs to 1 TD allowed, and a passer rating of 67 when targeted. His biggest weakness has been tackling, but that can be offset by Willis’ reliable tackling. He has shown the most consistency of any others available in coverage, and matched Tre Boston in INTs over the last 4 seasons he’s played (12). Clinton Dix would be a solid option for the Colts to sign from the Raiders practice squad all things considered.

Mcdougald does come with an injury risk, but his coverage skills make him a very interesting. Over the last 3 seasons he has been targeted 76 times and has not given up a single TD while deflecting 20 passes. He did miss half of last year with a shoulder injury putting him on IR, but previously he had always played at least 15 games. While not a phenomenal tackler, Bradley would give the Colts another solid an experienced Safety to pair with Willis. The former Seahawk also is versed in Cover 2 & 3 looks in a similar coverage scheme that the Colts run. He isn’t great in single high looks however, so the Colts might be best using him in a 2 deep role.