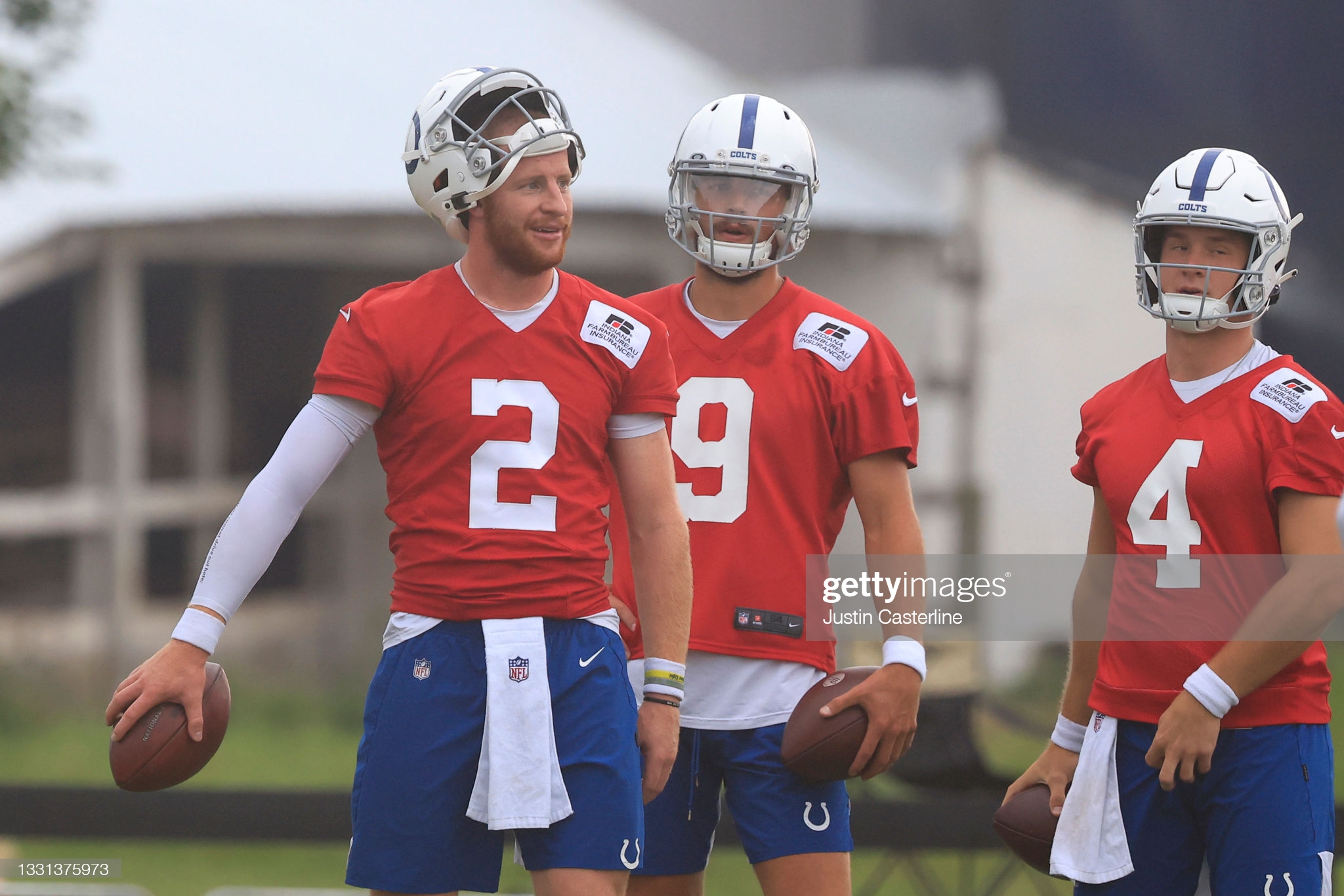 If Wentz Goes Down, And Eason Isn’t The Answer…Then What?

Home » If Wentz Goes Down, And Eason Isn’t The Answer…Then What? 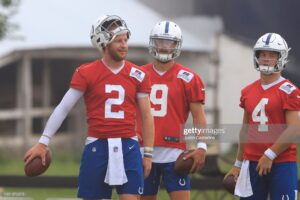 The good news? Carson Wentz made headlines today. The bad news? He’s hurt now. At some point during yesterday’s practice, the Colts QB1 ended up with a foot injury that is expected to keep him sidelined for some time. The issue with the situation, though, is that nothing is being discussed about the severity of the injury. Now the Colts claim they’re still gathering information on how serious it is. Still, it is slightly worrying that we don’t even have a definitive answer as to what exactly even happened.

Currently, everyone seems to have a big question mark hanging above their head, which brings up a lot of questions. How serious is the injury? Will Carson Wentz miss a significant amount of time? If he does, will Jacob Eason take over? And if he does, will the second-year quarterback be good enough to keep us in the playoff hunt? Well, those last two were answered recently in a piece by my colleague, Jack Guiley, HERE. But I think one of the biggest questions stands. If Wentz misses significant time and the Colts end up keeping their first-round pick, do they draft a quarterback in what seems to be a very deep class for the position?

That’s certainly a lot of “if’s,” and there’s no telling if all of the stars would align in such a way that would put the Colts in a position to even want to draft a new quarterback. But should everything end up in that unfortunate scenario, let’s look at a few 2022 QB prospects that could potentially don the horseshoe if Carson Wentz is not the future.

Sam Howell is my QB1 in this 2022 Draft Class, and for great reason. He is a pro-style quarterback with a great arm and solid accuracy. He isn’t exactly the most mobile QB but can move around the pocket if needed. If you watch him play, you can look at him and picture him in a Colts uniform. Last year, putting up 3500+ yards and 30 TD really showed what he’s capable of. He has that perfect Colts QB frame and play-style. Howell would be very well-liked by Colts fans and could easily be this year’s Heisman winner. If you haven’t watched a North Carolina game with him playing, take a look this season, and I think you’ll like what you see.

Corral is my insane under-the-radar QB for this class. Last year as a redshirt sophomore, Corral put up 3337 yards and 29 TD in only ten games. And let me tell you, Lane Kiffin is a solid coach, but this was Matt Corral. His breakout season last year put him on the map as he starts to get first-round hype. And his 2021 season could solidify it. Pair his big arm with the 500 rushing yards and four rushing TD, and you’ll see this kid can do it all. Watch a little Ole Miss this year. He’s fun.

Obviously, if the Colts make the playoffs, then that means Wentz came back, or Eason was the answer all along, and there would not be a need to draft one. But I will reiterate that there is still no definitive answer as to what is wrong with Wentz. And until we know for sure, you can count on him to be the starter by Week 1 and expect a strong playoff push.