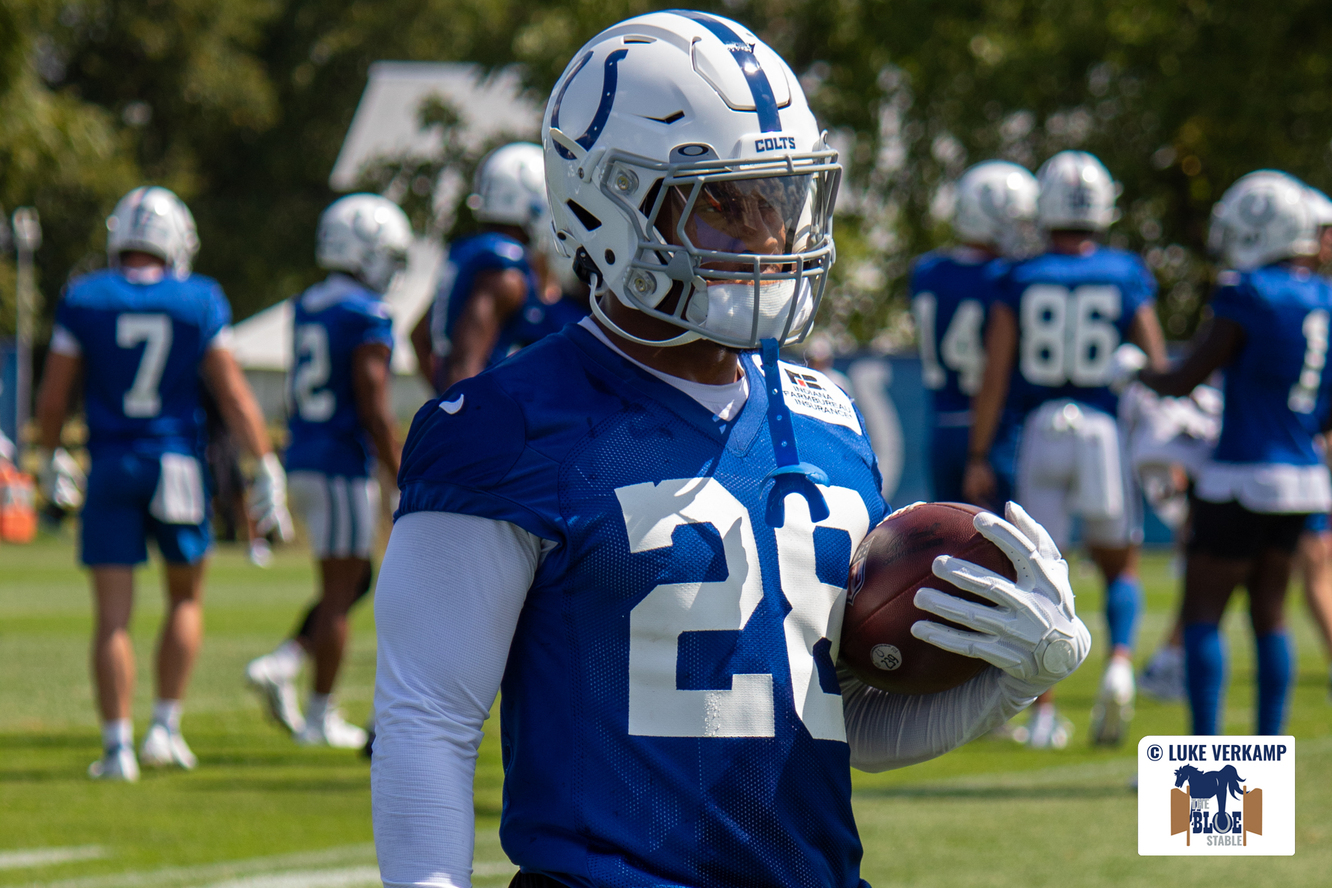 Do the Colts Have the Leadership They Need?

Home » Do the Colts Have the Leadership They Need? 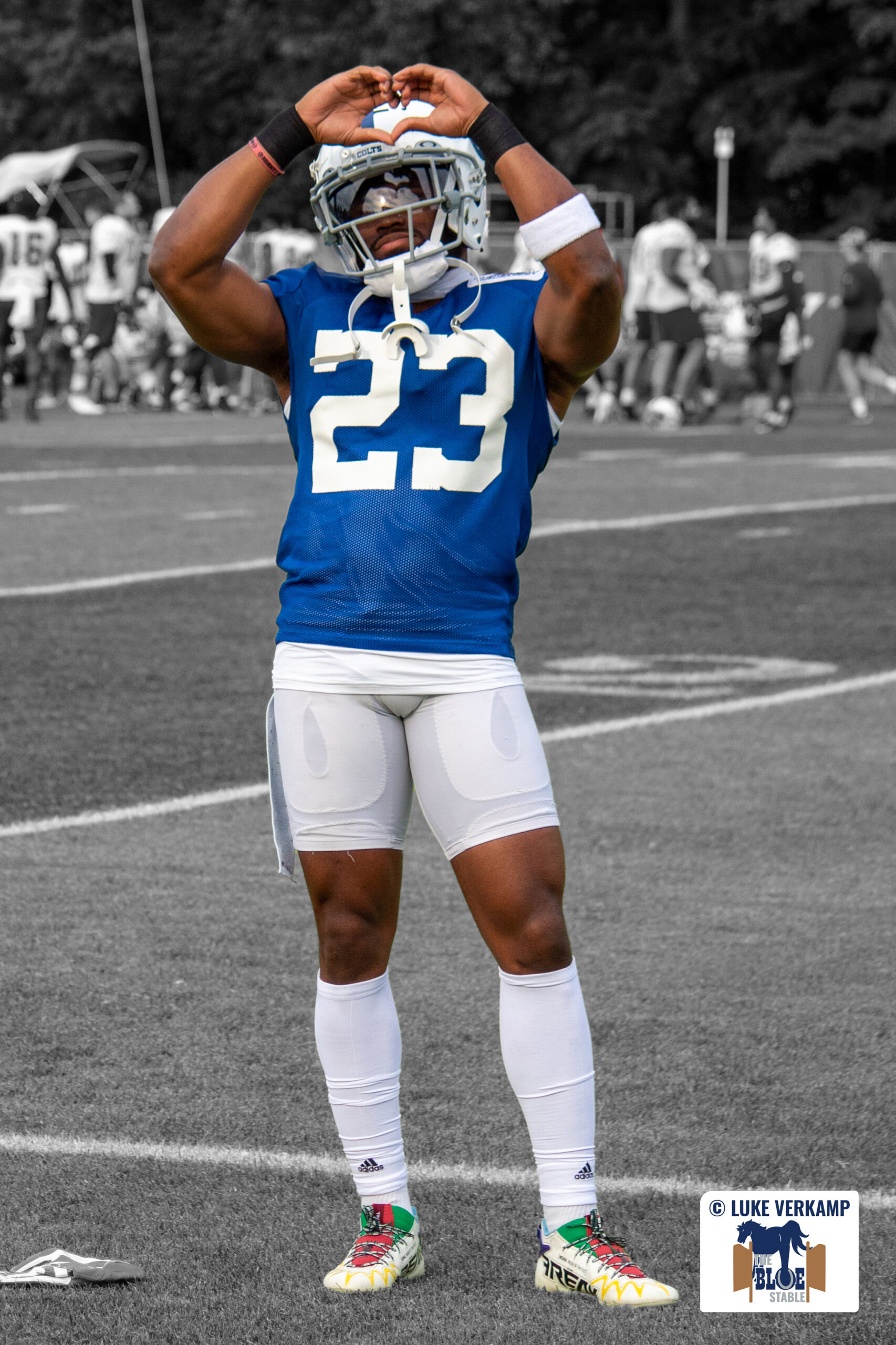 After long, too long since Indianapolis last played competitive football, their week one opener against the Houston Texans is only a few short days away. One of the last points of business the team had to sort out this week was naming their team captains, which they did on Wednesday.

Matt Ryan will lead the team, with Quenton Nelson and Jonathan Taylor being his fellow captains on the offense. It marks Taylor’s first time as a team captain, although it probably won’t be the last given the glowing way the rest of the locker room talks about him.

On defense, Deforest Buckner and Shaquille Leonard are unsurprising captains. Both have been captains multiple times and are the unquestioned leaders of their respective units. They are joined by first-time captain Kenny Moore II; it certainly doesn’t hurt a team to have a Walter Payton Man of the Year nominee as a captain. Finally, Zaire Franklin is once again special teams captain.

Have the Colts chosen the correct captains? Are there any surprises in their selections? How important will good leadership be to the team this season?

If I can start with the final question I posed, the brief answer is very important.

The Colts’ first task this season is to exercise the ghosts of Jacksonville. Ending their week one curse against Houston would be a great first step, with a win in Jacksonville a week later an essential second step.

One of the many criticisms of Indianapolis back on that Sunday in early January was the lack of leadership. No one could grab their teammates by the scruff of the neck and get them playing to their normal level.

Of course, the great Colts teams of the noughties had their bad days, but it is hard to imagine the likes of Peyton Manning and Robert Mathis allowing their teammates to shirk on such a big occasion. It’s hard to even imagine players looking Manning in the eye if they made some of the errors the Colts did against Jacksonville. 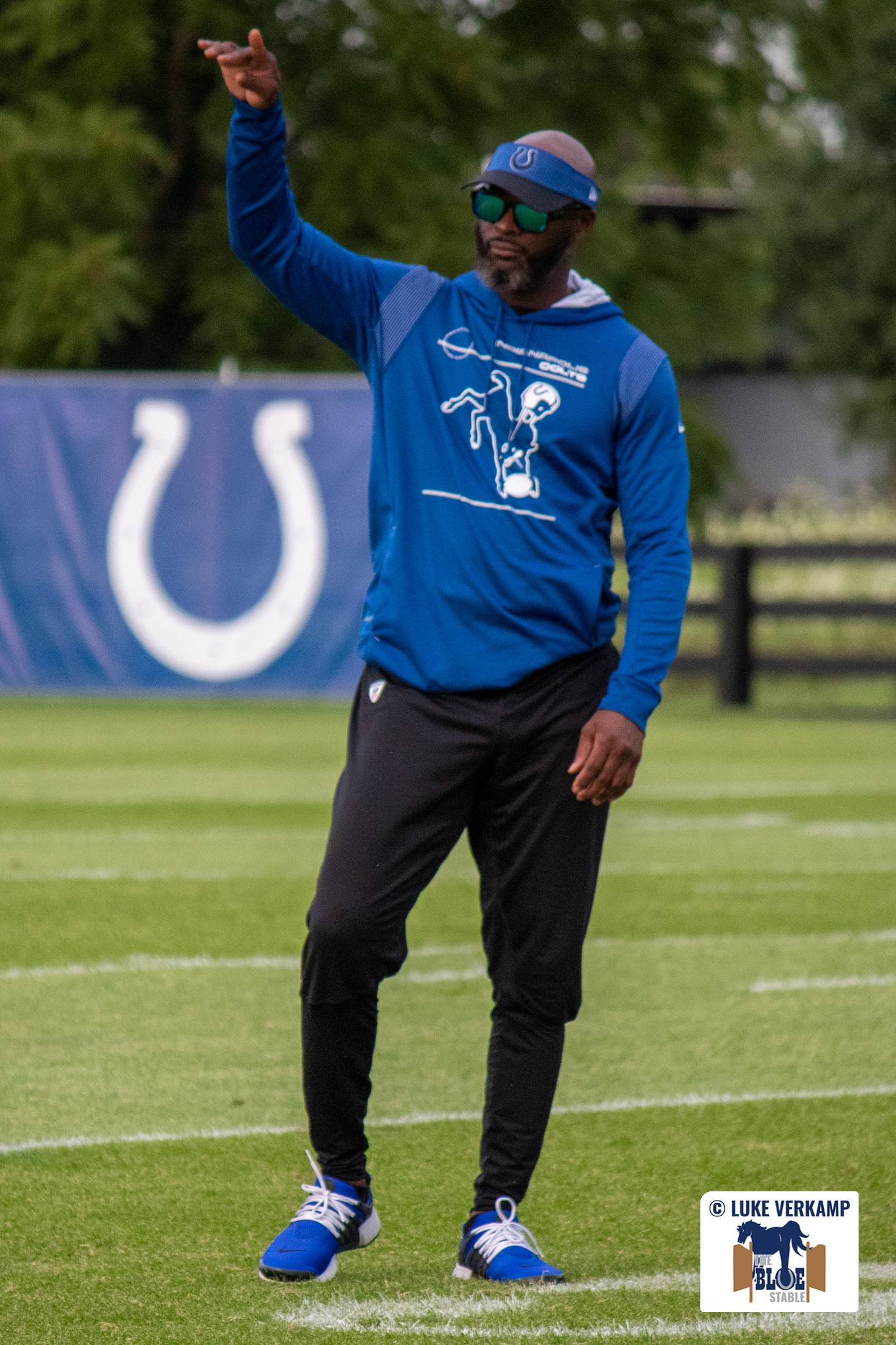 One of the true greats of that era is now a Colts coach in Reggie Wayne, whilst Robert Mathis has continued to help the team by training young pass rushers. The involvement of the likes of Wayne and Mathis is welcome, but will also need their leaders of today to step up.

One thing that intrigued me when Shaquille Leonard announced his name change this offseason was this quote:

“Coming into my rookie camp, talking to Randy Moss, he said the best advice he can give me is to keep your mouth closed and your eyes and ears open,” Leonard said.

“So I came in, I just wanted to work. I didn’t want to come in and feel like I wanted to be treated special. If they called me Darius Leonard, that is my name and I just went by without wanting to cause any problems.”

It’s telling that Leonard has only this summer felt the confidence this offseason to tell teammates he prefers to be called Shaquille because he didn’t want to rock the boat. It reminds us that whilst Leonard and Nelson have been two of the best players on the team and best players in the league at their positions, they’ve still been young players. Leonard only got his second contract agreed last year, whilst Nelson’s is hopefully imminent. 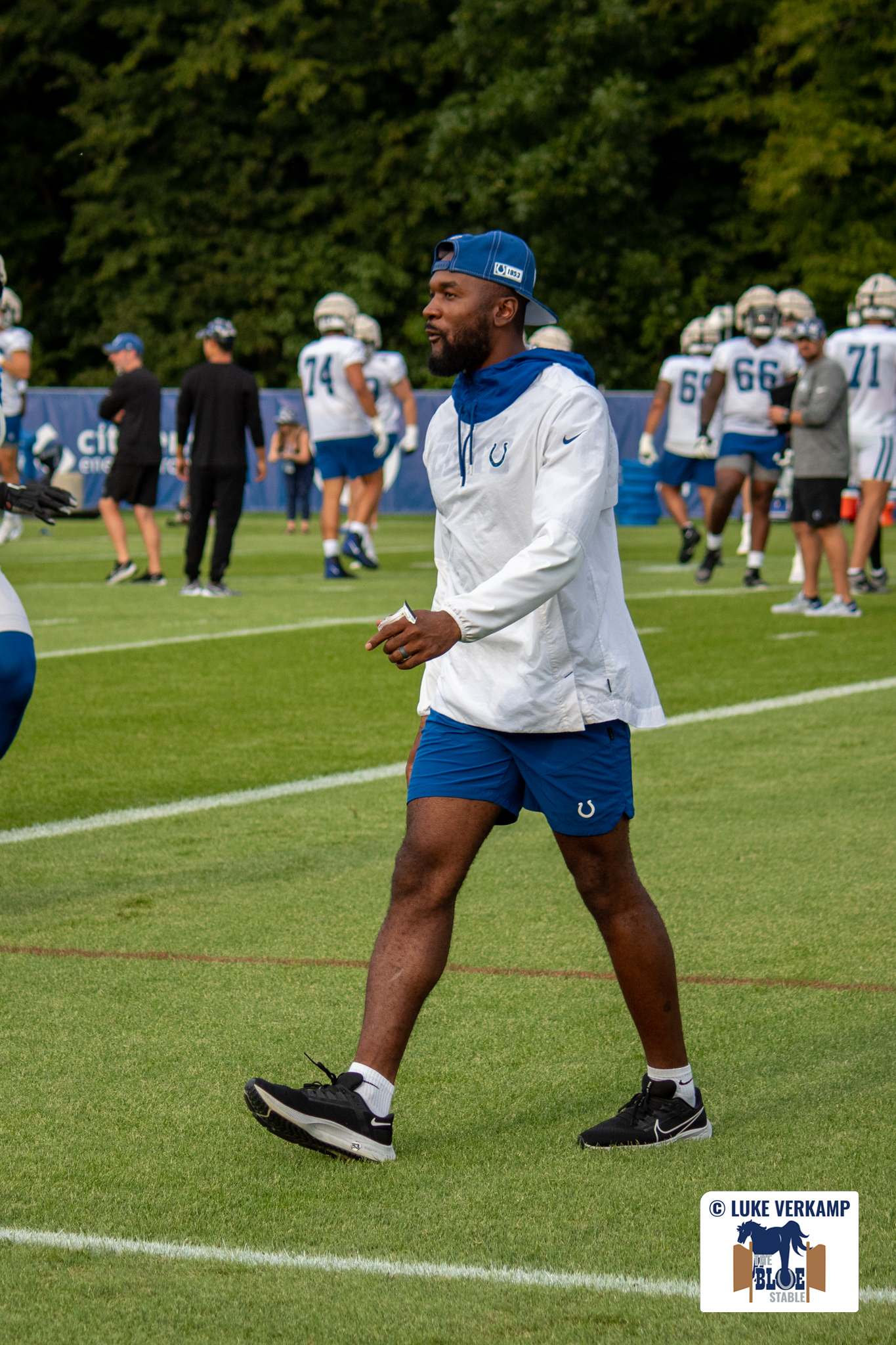 I wonder whether being relatively young players has prevented Leonard and Nelson from feeling they can tell teammates to get their s**t together if they’re not playing to the standard expected of them. If that has been the case, I hope both players have found the self-confidence to remember they’re elite players with the authority to hold any player accountable.

The good news? Indianapolis has brought some real leadership into the locker room this summer. Chief amongst those the new arrivals is Matt Ryan. A lot was made last season about the perceived failures of the leadership of Carson Wentz. There’s little point in dwelling too long on those given Wentz is now in Washington, especially since there’s only so much we can know about what went on in the locker room. What we do know, however, is the immediate impact Ryan has had to the locker room.

A constant in training camp: Colts players and coaches openly bringing up how different everything feels w/ Matt Ryan running the show. Just read what Pittman had to say on it here:https://t.co/sI0lral0PW pic.twitter.com/nvCPKzWXoz

These comments from Colts players are consistent with everything we heard from inside West 56th Street in the wake of the trade for Ryan.

“Man, it makes me almost want to throw up, because he reminds me of Peyton so much. He’s the epitome of a leader. In the meetings, he’s vocal, he’s trying to get that connection with the receivers, trying to get extra (work) as much as possible.” 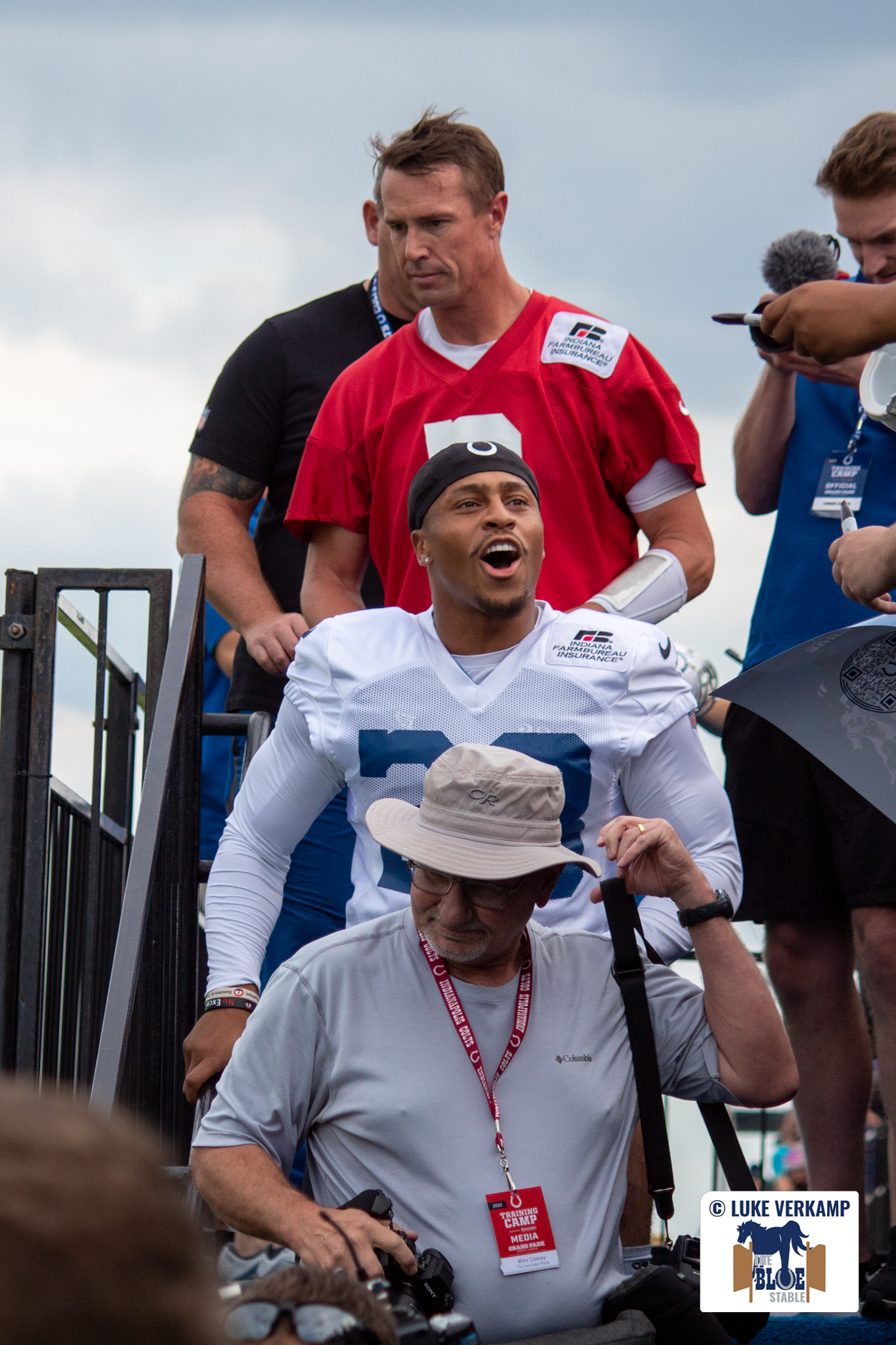 That was just Reggie Wayne and Frank Reich respectively comparing Ryan to Manning. But what does the boss think about Ryan’s leadership?

“That type of guy, that type of Navy Seal, astronaut, fighter pilot. … I mean, these guys are special. Matt is really special in that way, with rare leadership skills.”

Given Irsay’s insistence this offseason Wentz couldn’t continue to be the Colts starting QB, his faith and confidence in Ryan is crucial.

It certainly wasn’t a surprise to see Ryan named a team captain this season. Leadership is so important at quarterback and Ryan has consistently been a leader in Atlanta and has already illustrated his leadership in Indianapolis. 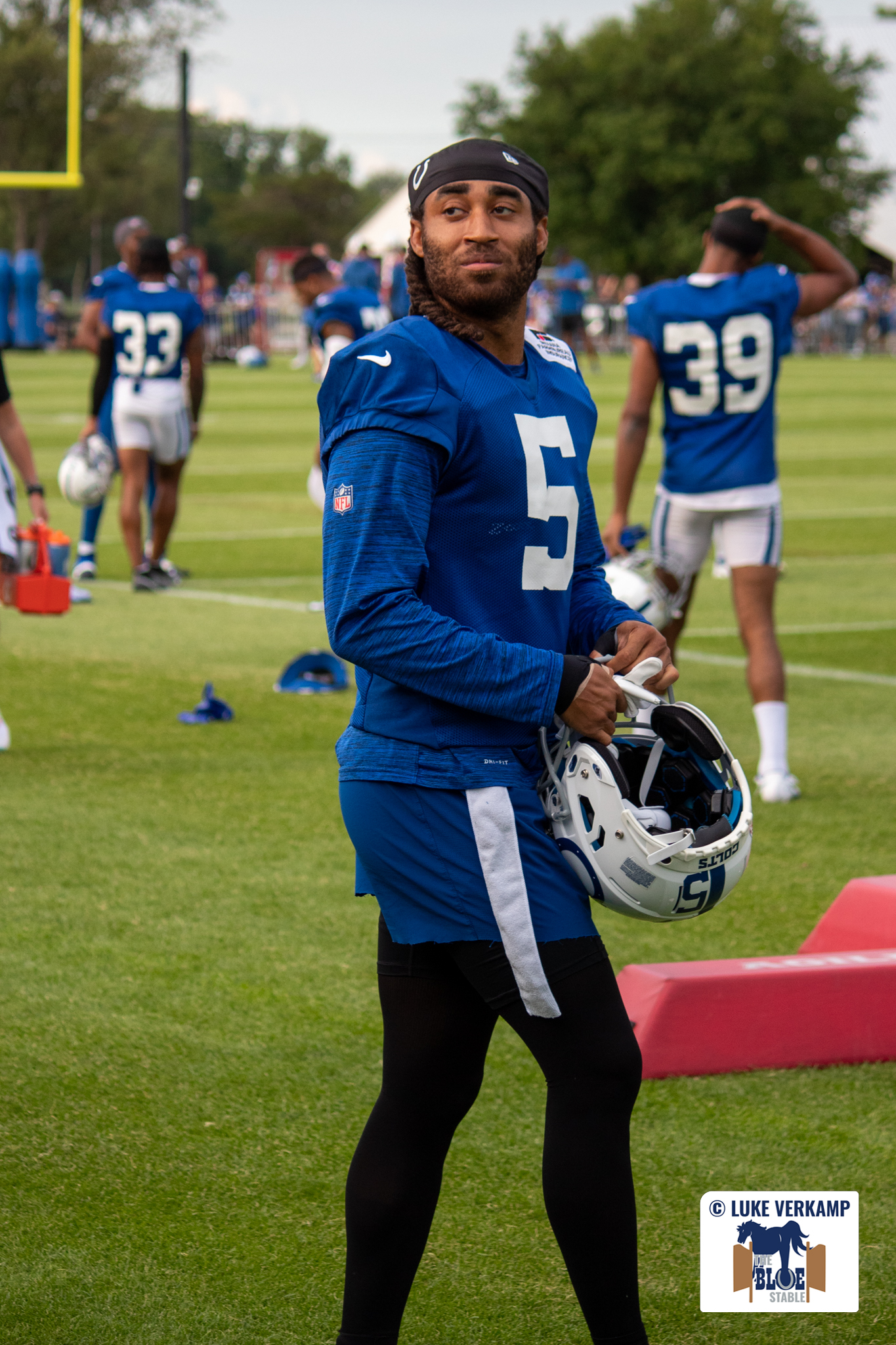 Another new leader in the locker room who I expected to be a captain was Stephon Gilmore. Gilmore is a veteran, former DPOY, Super Bowl winner and spent much of his career alongside Bill Belichick and Tom Brady. I can understand why Gilmore wasn’t named a team captain given Moore was chosen. But regardless of whether Gilmore is a captain, he will be a leader and an invaluable mentor to the likes of Isaiah Rodgers Sr, Julian Blackmon and Nick Cross. That young trio will also benefit from another Super Bowl winner in Rodney McLeod joining the team.

The choices of Jonathan Taylor and Kenny Moore II are interesting for a few reasons. Choosing first-time captains is a sign the team wants to develop new leaders. Having Moore as a captain means the secondary is represented amongst the captains, unlike last year. Jonathan Taylor essentially replaces TY Hilton as a captain. I could have understood Michael Pittman Jr. being named a captain to ensure the Wide Receivers were represented, but Taylor also makes a lot of sense.

The most interesting thing about Taylor and Moore being captains is the fact it illustrates the value of different kinds of leadership. Ryan’s leadership has rightly been praised and there is certainly a place for the vocal leadership of the likes of Ryan and Leonard. However, there is also value in having quieter, more withdrawn leaders like Taylor and Moore. 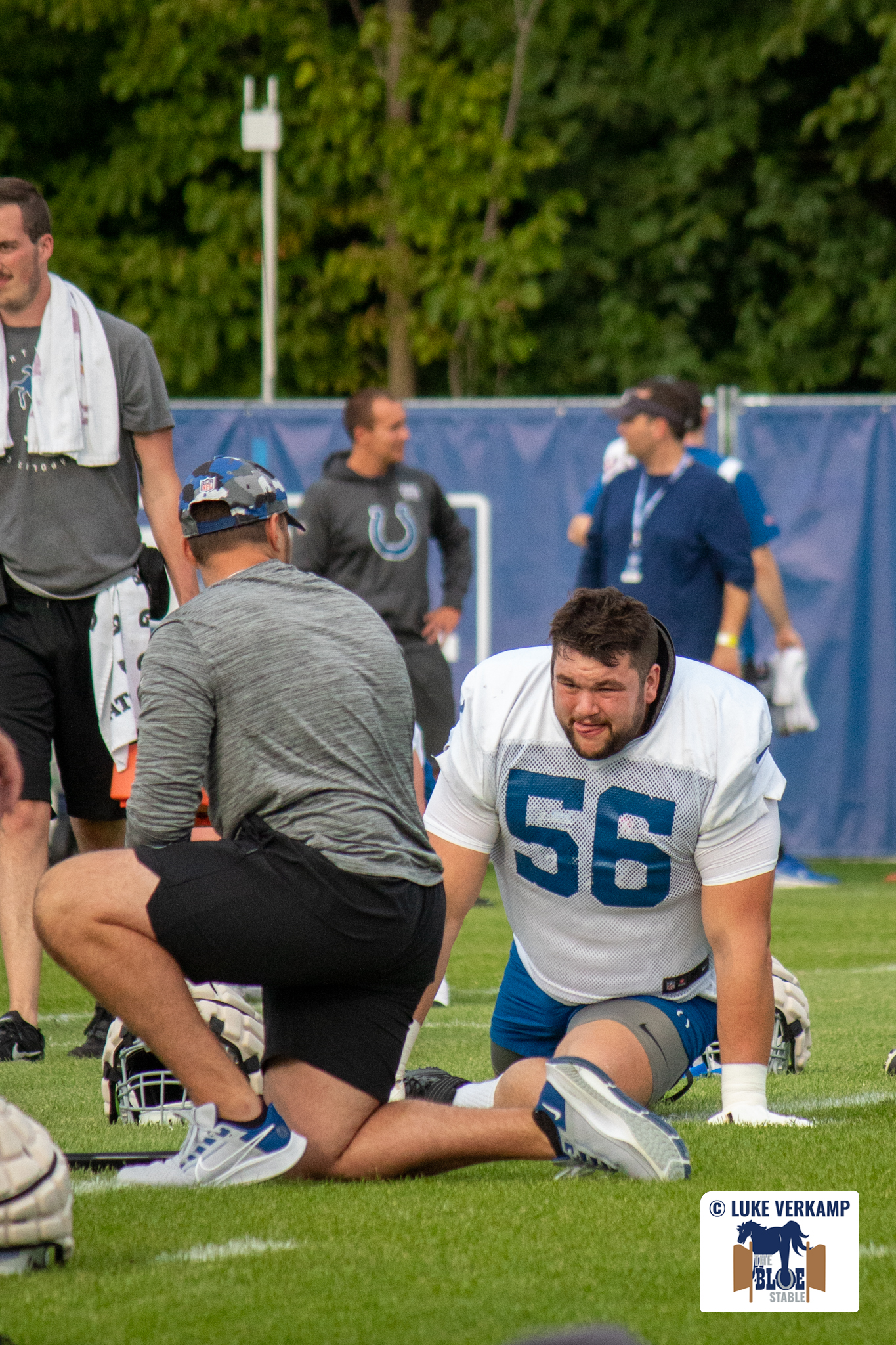 Setting and upholding standards is a key aspect of leadership. So it is no surprise that so many of the Colts captains are Pro Bowlers. Nelson and Leonard are collecting Pro Bowl nods like tiny toiletries from a hotel, Bucker has been a Pro Bowler in San Francisco and Indianapolis and Kenny Moore II got his first nod last season. Jonathan Taylor is fresh off being named the fifth best player in the NFL having been in MVP contention for most of the season. An accolade Matt Ryan himself won for his outstanding 2016 season.

Colts fans can expect this illustrious group to provide their teammates with leadership, direction and when needed; a kick up the arse. Fortunately, we won’t have to wait long to find out what heights they can help this team reach. Only the furnace of the regular season will tell us whether this Colts team and these leaders can withstand the heat. I can’t wait to find out.

Do you think Indianapolis has the leadership it needs? Was there anyone you were surprised wasn’t a captain? Are they any captains you don’t think deserve their position? Let us know at @TheBlue_Stable!