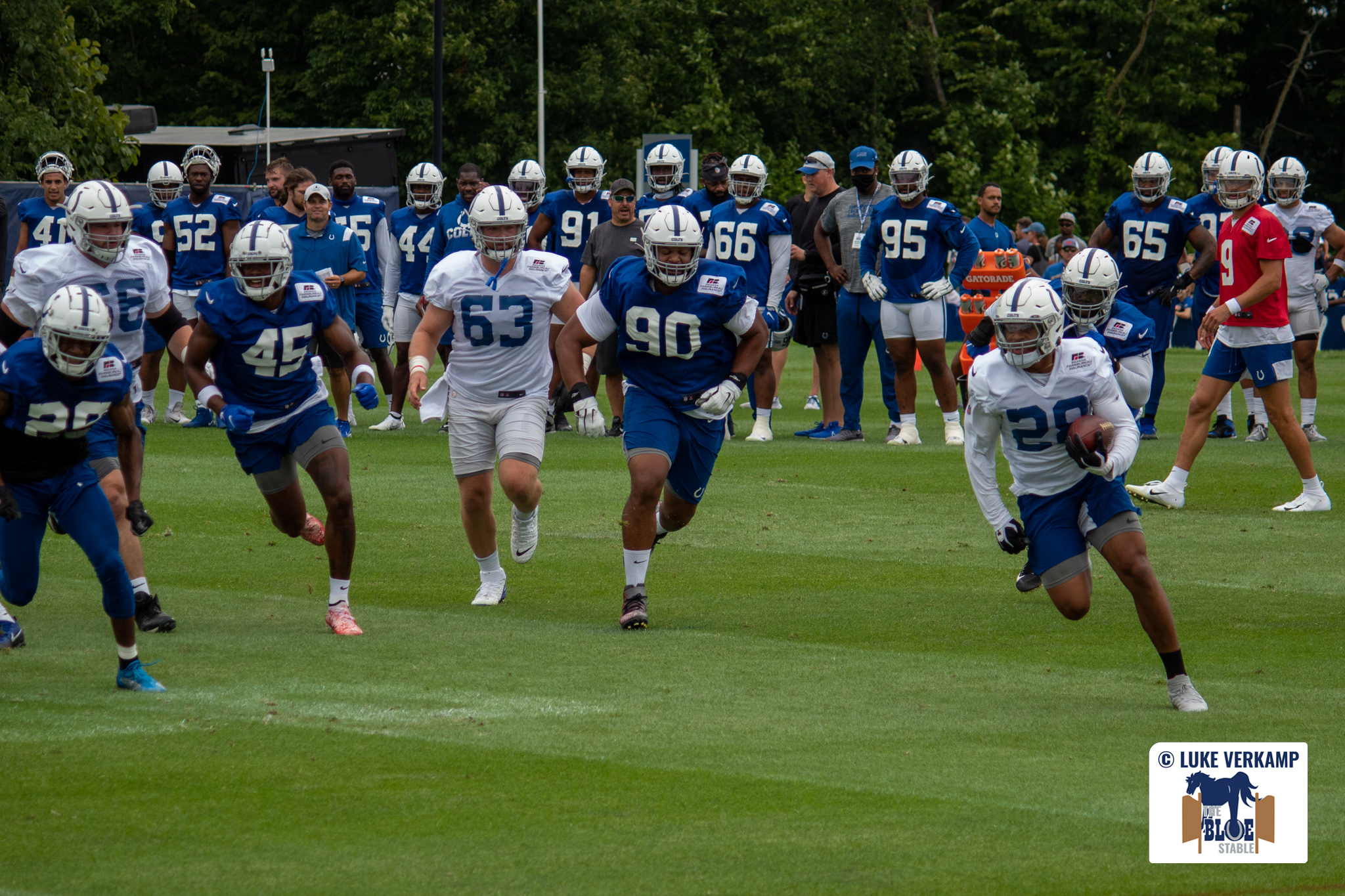 Could the Colts have an MVP?

Home » Could the Colts have an MVP?

The MVP award in recent years hasn’t been the Most VALUABLE Player award. Let’s be honest for a second; it’s the best QB award. That’s what it’s turned into in recent years. Since 2007 we’ve seen two non-quarterbacks win the award. It’s time to either change the award or start expanding the candidates. Before the year begins, we immediately begin and end the conversations with quarterbacks when we talk about the MVP.

This year feels different. In my opinion, there isn’t a true runaway MVP out there. In previous years it was undeniable who was winning the award. This year is different. I don’t believe there is a true front-runner as of now. Sure, Vegas has Tom Brady as the favorite, and the other top 6 MVP candidates are quarterbacks. Here’s why it feels different I think Jonathan Taylor has a case for MVP. When you look at MVP, it’s the most valuable player. If you look at the “most valuable player,” Taylor has a case. I love Marlon Mack, but you don’t have a seven-win team if you take Taylor off the Colts. You have maybe a four-win team. Marlon Mack and Hines, as good as they are, they’re not carrying the team as Taylor has. I’m sorry, but they’re still winning multiple games if you take Tom Brady off of Tampa. Look at the Cardinals. Kyler Murray has been injured, missed multiple games, and the Cardinals still won games. I’m not saying that Brady and Kyler aren’t elite because they are elite players. I am saying that those players can be replaced, and they can win games. Probably make the playoffs as well. You take Taylor off the Colts, and we’re looking at a bottom-barrel team.

Taylor is for the Colts team MVP this year. You could make a case for Leonard because he’s been lights out. A different level, in my opinion. Taylor has also been on a different level. 18 Touchdowns is a difference-maker that’ll take a team from above the hump. When you have 1,684 total yards on the season, and you still have four games to play, you’re a special player. The Colts have 4,785 total yards on offense. Taylor has 1,684 of those. That’s what you call a workhorse and an MVP. That’s the team’s most valuable player. Again if you take Taylor off the Colts, who are making up the 1,684 yards? Hines and Mack combined, I don’t think we see that made up. Also, note Nelson went on IR earlier this season and missed multiple games. Taylor did that without his best guard. The line play has been shaky all year for Taylor to have those numbers had been miraculous.

Taylor has favorable matchups to close out the year. Patriots, Cardinals, Raiders, and the Jags. TY Hilton has made a name for himself, dominating the Houston Texans. Well, Jonathan Taylor has quietly been a menace to Jacksonville Jaguars. Taylor should finish the year strong. I’m not saying JT2K, but there is a chance we see JT2K all-purpose yards. The 2,000 mark is an incredible milestone for any running back in the NFL, but it’ll be an even special moment for Taylor, whose goal is to be the NFL rushing leader. It looks like he’ll do that.

It’s time to change the way we view the NFL MVP. This is the most valuable player award and isn’t just the best quarterback award. It’s time to start looking at how valuable other positions in the NFL are. Taylor should be in the MVP talks. With four games left in the season, look for Taylor to have big games as they are crucial to our playoff push.