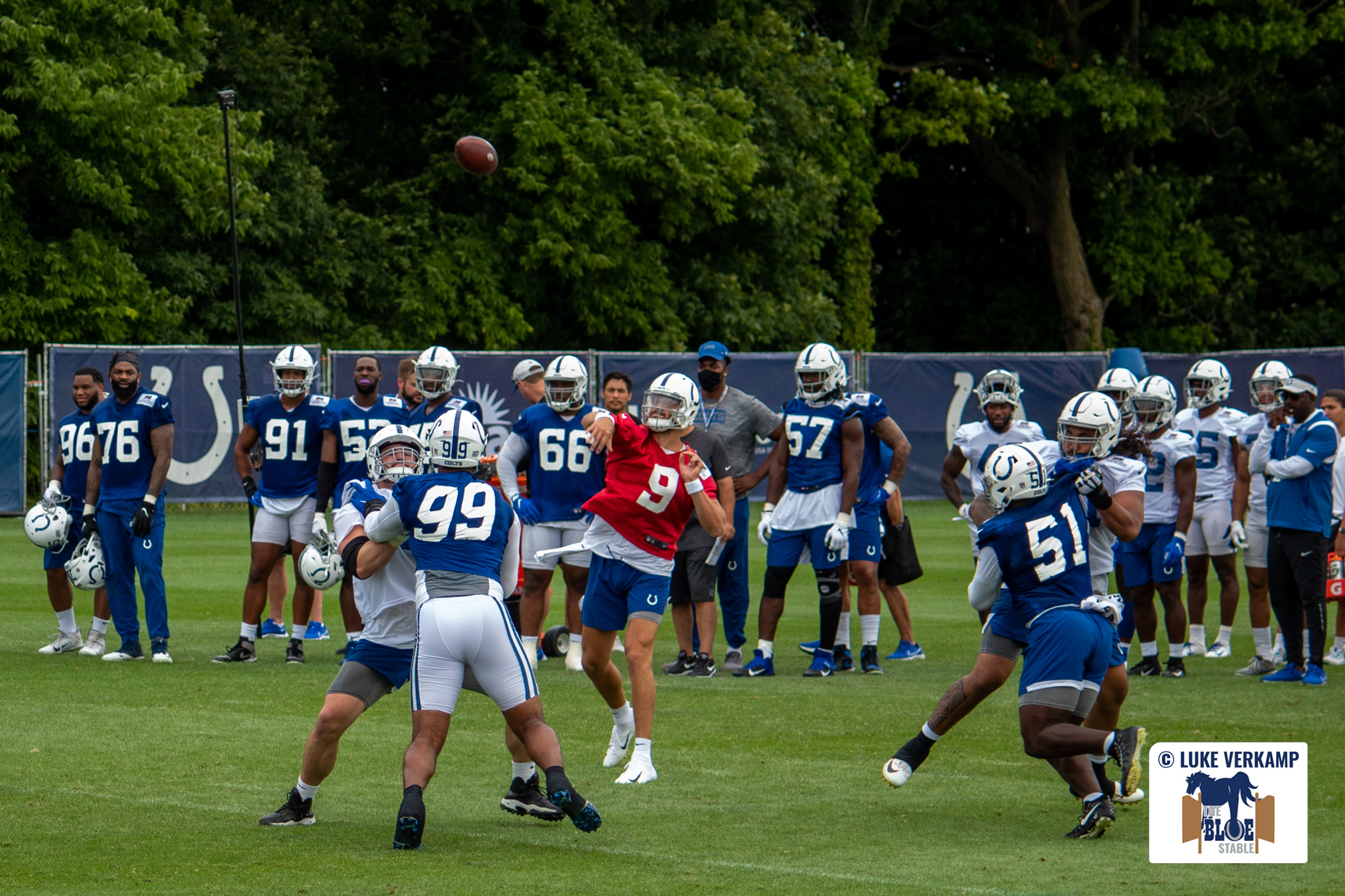 Embed from Getty Images
As the off-season starts to ramp up for every team needing to fill openings in their coaching staff, the Colts are missing a key staff member. The Colts are in the market for a defensive coordinator this off-season, with Matt Eberflus officially being hired as the new Head Coach for the Chicago Bears.

The Colts have been thoroughly interviewing multiple in-house and out-of-house coaching candidates for the defensive coordinator position since the departure of Eberflus. While there are various candidates, the candidate most likely to win the job is Chris Harris (Washington Football Team Defensive Backs Coach).

Chris Harris has become a favorite for the Colts’ hire for multiple reasons. He is a highly respected coach, former 2nd Team All-Pro safety for the Chicago Bears. Harris played safety in the NFL from 2005-to 2012 for four different teams. Chris Ballard was a scout for the Bears for 11 seasons and initially scouted Chris Harris to get drafted by Chicago. Harris has had a good track record with developing and improving defensive back play, and it is very true in Washington.

Harris has been working with players like Ronald Darby, Kendall Fuller, Desmond King throughout his coaching career, and all of those players have been improving under his tutelage. Throughout his multiple coaching stops, Harris has been known as a players coach who can easily relate, teach, and inspire his players to play the best type of football. Harris is an Uber aggressive coach, who centers around calling a 4-3 scheme, but actually operates multiple defensive schemes.

The connection between the two sides has been heating up recently, and all of the Colts’ nation is expecting an announcement very soon. Harris would be an excellent fit within this Colts’ locker room, and the defense should stay as ball-hawking and aggressive as they have been under Eberflus. Do not be surprised if Harris brings along at least one of his current colleagues. Sam Mills is a name to watch, with him being the defensive line coach for Washington, and the Colts require a defensive line coach with the departure of Brian Baker this off-season.

Time will tell when the announcement comes, but for now, Colts fans are waiting in the wind for it to be official. Harris is an excellent candidate, and Colts fans should be ecstatic if Harris is hired because he will bring the pass defense to new levels. The Colts will have an all-out balanced defense under Harris; you heard it here first.