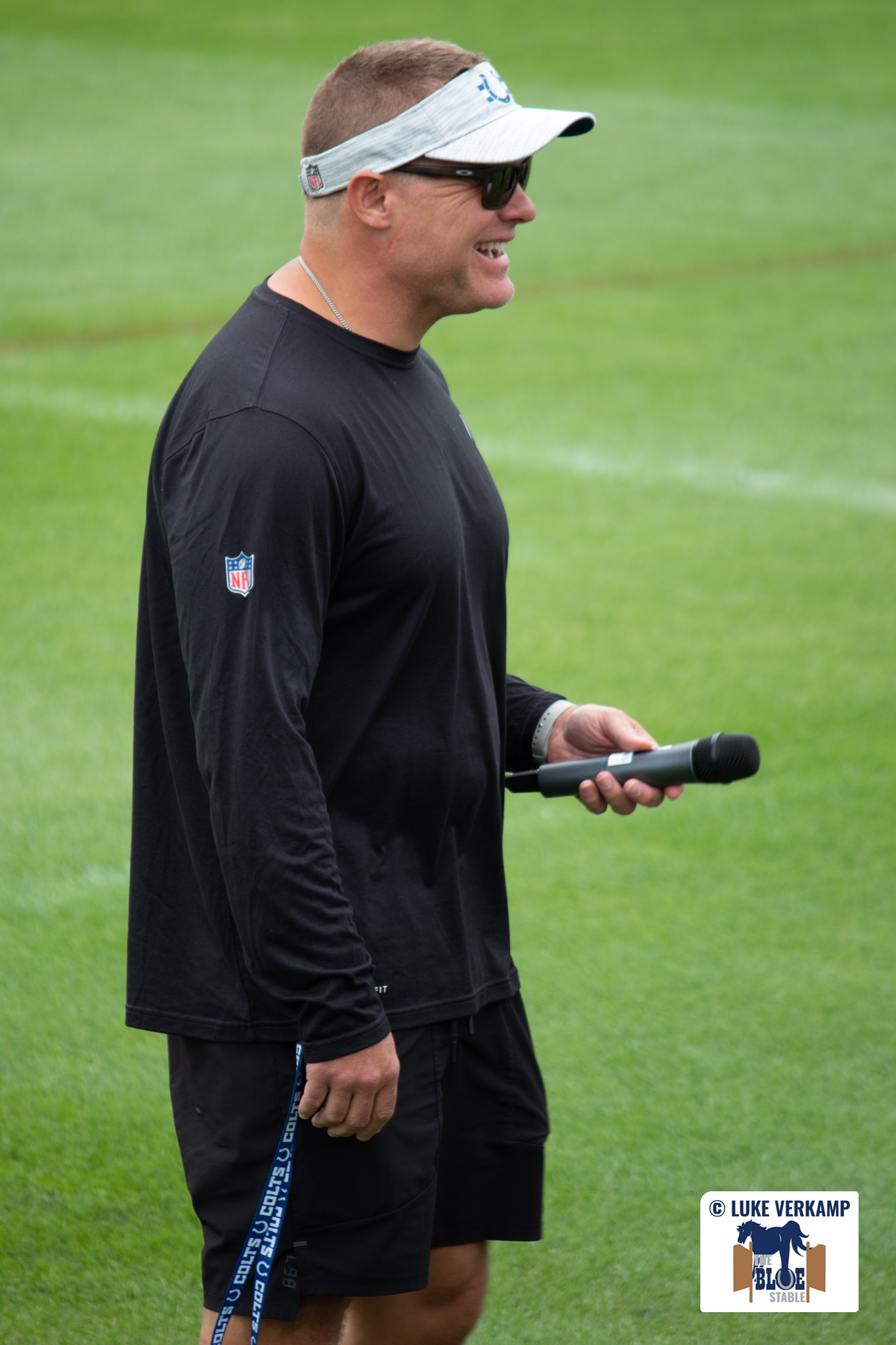 Chris Ballards met with the combine to discuss several topics regarding the Colts. Here are the top things I took away from his time talking with the media.

TY Hilton could come back next season.

This year, TY is a free agent after signing a one-year deal last offseason. Following the conclusion of this season, many, including myself, thought that Hilton would retire. A couple of things that led me to the conclusion are age, family, and previous injuries. I love Hilton; he’s probably one of my favorite Colts currently on the roster. During Ballards time with the press, he said this about Hilton. “As of a couple of weeks ago, yes, he wanted to play again.” He also went on to talk about how he believes he can still play. If the rumors are true about a particular legend joining the coaching staff, I could easily see why that would impact Hilton’s decision.

One of the big things that came out of this chat was playmakers. He mentioned Taylor, Pittman, and Hines as playmakers and said there needs to be more. Was this a realization that he had just made? I hope Ballard takes a long hard look at what the rest of the league has compared to his team and says, wow, we need to upgrade this team. Then, hopefully he takes a long look at the free-agent class and starts signing checks.

Ballard talks about the WR room.

Chris Ballard says Colts will add depth and competition at the WR spot. This to me bothers me, and here’s why. I believe the WR market is loaded with talent, both in free agency and in the upcoming draft. I don’t want competition and depth; I want upgrades. I believe the Colts have depth at the position. The issue, in my opinion, is the talent at the position. At full strength, Pascal, Pittman, Hilton, Campbell, and Dulin isn’t it. No disrespect to them at all. But look at what the rest of the league has. Pittman Jr is a number 1 on the Colts, but on 75% of teams in the league, he’s a two, maybe even a 3. The Colts will have to go out and get playmakers at some point. There’s no reason the Colts and Ballard should be afraid to spend money or high draft capital on a playmaking WR. He also adds, “I’m not giving up on Parris Campbell,” and talks about how he won’t be handed the number 2 but believes he can contribute. Adding a Jalen Tolbert, Josh Metechie, George Pickens, or a David Bell in the draft would be huge for the Colts. Day 1, I think anyone of those guys would be in the top 3 of the depth chart.

The talk of the off-season has been centered around Wentz in Indianapolis. When discussing Wentz’s future in Indianapolis, Ballard said, “I don’t have the direct answer for you. “he also said most of the criticism Wentz is getting is fair, and it’ll be interesting to see how he responds. He also says over the next ten days, he, Irsay, and Reich will sit down and decide on what’s best for the team, both in the short term and long term. The biggest thing that came from his time talking about Wentz to me is this. Ballard said he wouldn’t let the draft capital spent on Wentz impact the decision on his future. Which to me says he’s most likely gone. During the time with the media, I felt like Wentz is gone. I didn’t get the vibe that he would be the quarterback next year. I think Ballard has come to terms with eating Wentz’s cap number, and he’s come to terms with the fact that if he is traded, he won’t get the same in return.

As I said, I do think Carson Wentz is gone. I don’t think he’ll be under center next season. Maybe you got a different vibe from Ballard, but that’s what I got. Adding competition and depth will be important in the off-season. Possibly Chris Ballard will be more active in free agency?