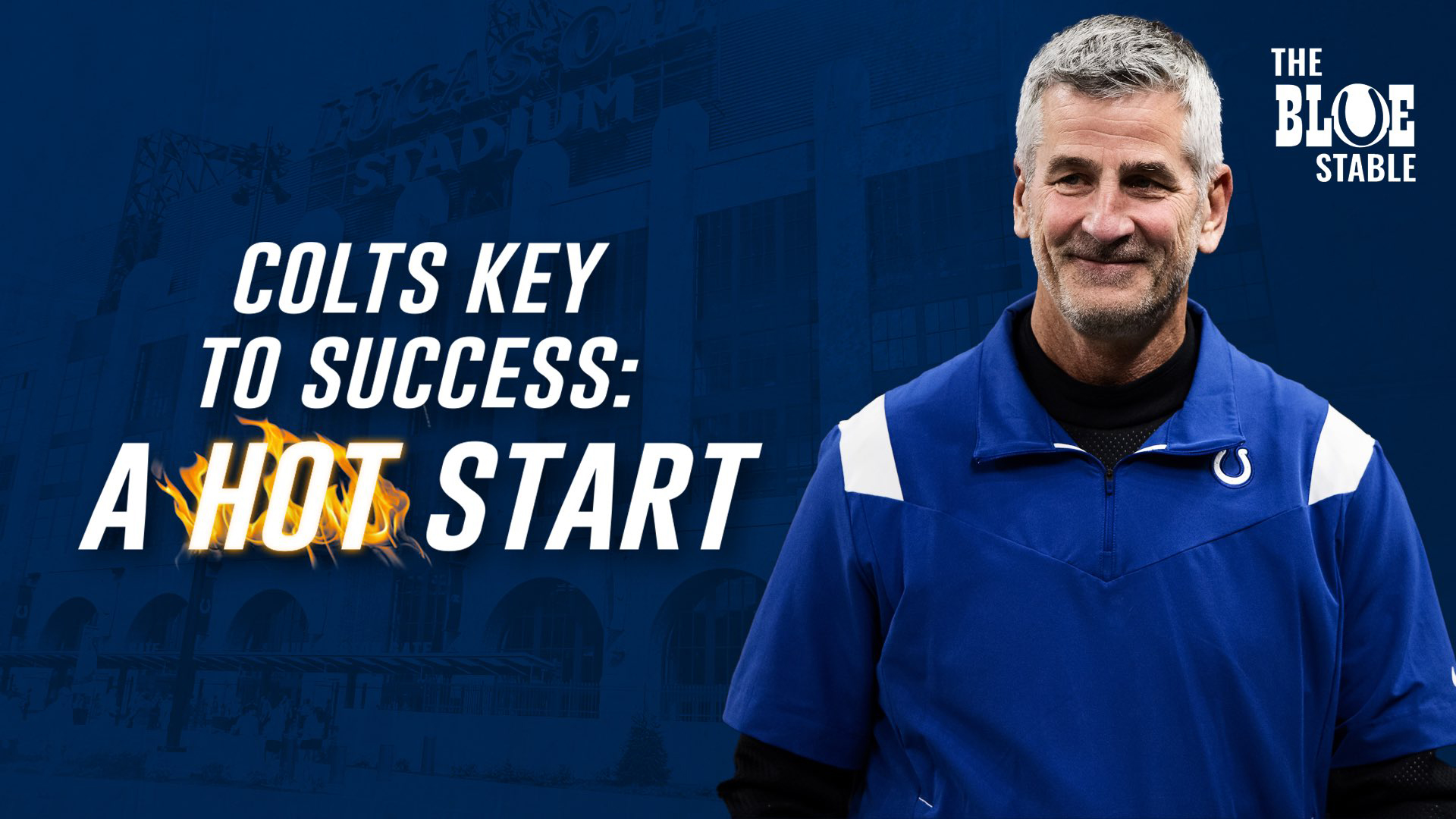 By Zachary ClemonsJune 9, 2022No Comments 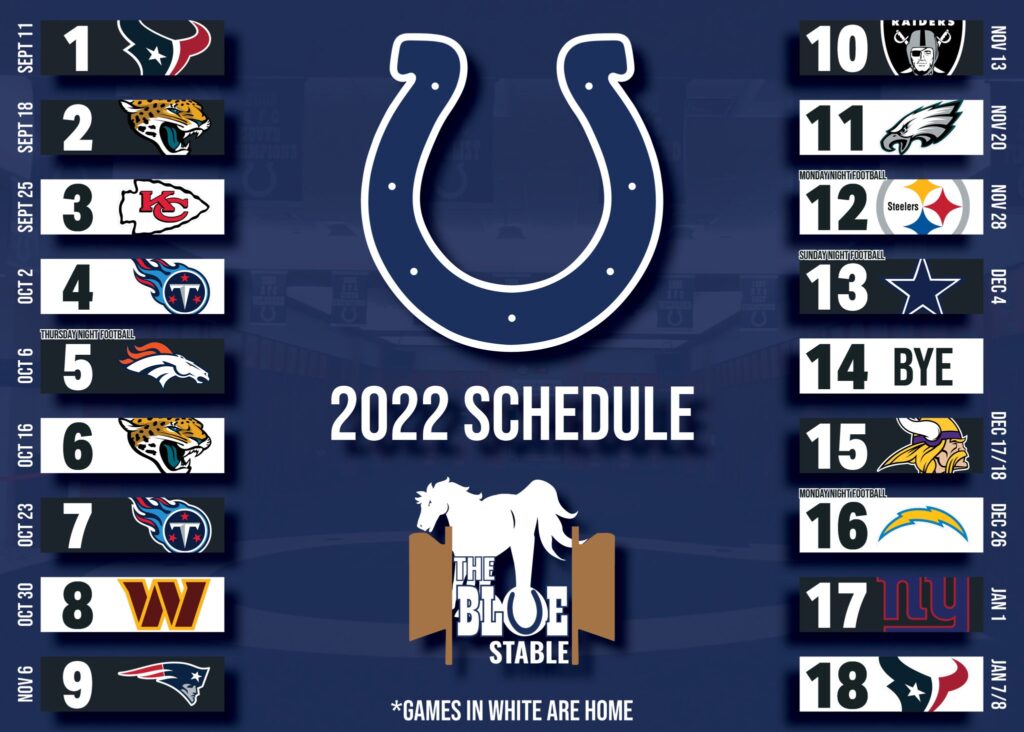 Looking ahead to the 2022-2023 NFL season, a hot start is important for each team. However, a hot start for the Indianapolis Colts could be the beginning of a very special season. Not to mention, this team will have the opportunity to break a few “curses” in the first seven weeks. So, let’s dive into what a hot start looks like and could mean to Indy.

The Colts have lost 8 straight season-opening games. This losing streak does tie the worst mark in franchise history. Dating back to 2014, the streak is the third longest in NFL history.

Embed from Getty Images
Despite having some favorable matchups for season openers, the Colts just cannot seem to get that monkey off of their back. Hosting the Detroit Lions (2016) and the pre-Burrow era Cincinnati Bengals (2018) seemed like very winnable games. How could we forget beginning the 2020 season in Jacksonville, where the Jaguars would get their only win of that season?

How about starting the 2022 season in Houston, Texas, where the Colts have dominated the division-rival Texans? Since 2014, Indy is 7-2 versus Houston on the road. The most recent meeting in NRG Stadium provided a shut-out win in the Colts’ favor, 31-0. Not only could this team break the season opener curse, but they could add a road division win in Week 1.

Week 2 looks to provide more opportunity for Indy when it comes to breaking curses. The trip to Jacksonville, Florida, has been a dreadful one since 2015. The Colts have not beaten the Jaguars on the road since September of 2014. This streak even includes a game at Wembley Stadium in London during the 2016 season.

The “clown show” of Week 18 last season is still very fresh in the Colts’ minds. You couldn’t ask for much more than getting one of the worst teams in the league for a win-and-in game. As we all know, Indy left TIAA Bank Field in embarrassing defeat. Colts fans know that feeling all too well.

September 18th, 2022 is the set date for redemption. Of course, we’ll all feel much better if the Colts can win the season-opening game in Houston a week before; but imagine the feeling of starting this next season 2-0 and breaking two curses in as many weeks. Most will see it as beating up on our weak division, but Indy will rejoice with this start.

The Colts have the most AFC South Titles in the division’s history with 9. However, Indy has not been able to secure the division since 2014. Since the last division title season, the three other AFC South teams have all clinched one or more of their own titles.

Indy will begin the season with two straight road games against divisional opponents. Three more divisional matchups in the next five weeks will provide a special opportunity for the Colts. One of the first goals set for every organization is to win the division. So why not secure the AFC South Title by Week 7?

October will be massive for the AFC South race and the Colts’ season. Indy will host the Tennessee Titans and Jacksonville Jaguars while also heading to Nashville for another matchup with the Titans. If the Colts find their groove early, the division could be all wrapped up after that trip to Nissan Stadium. The thought of that alone should provide plenty of motivation for this team.

Everyone understands the importance of division games, but the Colts have 11 other games to also keep in mind. Over the course of the season, Indy will see all of the NFC East and the absolute powerhouses of the AFC West. A couple of trips to New England and Minnesota, as well as hosting the Steelers, rounds out the season.

The home-opening game against the Kansas City Chiefs in Week 3 will match up the Colts against one of the AFC’s best teams. A win in Lucas Oil Stadium would bode well for the early-season hot start that we are all wishing for.

On a short week after hosting the Titans, Indy will travel to the Mile High City to take on another AFC West opponent. New Bronco, Russell Wilson, will certainly make this team dangerous and a hopeful Super Bowl contender. Tough road games will tell you all you need to know about your team. The Colts are on the road four out of the first seven games of the season.

Frank Reich and the Colts face a tough road towards a hot start; I don’t believe they would want it any other way. The first half of the season will provide plenty of opportunities for big wins, especially in the AFC South. The momentum gained from a hot start to begin the season would be immense.

I fully expect the team to salivate at the opportunity that lies ahead of them. Big wins early would provide the confidence needed to hang with the top of the conference. After the late collapse last season, I’m looking for the Indianapolis Colts to come out hungry.

It is way too early to tell, but if this team can start hot, the rest of the league should take notice.

When talking about the early season and how it could affect the rest of the season, there are many possibilities. So let’s take a look at an optimistic example of what I believe is possible for our beloved Colts. You know, besides the obvious 7-0 start we are all hoping and wishing for.

Imagine the season is heading into Week 8, and you check standings to see a 5-2 record next to “Indianapolis Colts.” I’m confident in saying that the Colts will be at the top of the AFC South and the AFC as a whole. Plenty of big games are still ahead, but a team starting hot looks at those as opportunities.

In my head, this scenario plays out one of two ways: a 5-2 record with losses to both AFC West teams or 5-2 with a split of those games and a split with the Titans. Either scenario would position Indy in the driver’s seat for the rest of the season.

5-2 with losses to the Chiefs and Broncos would sting, but also lock up the AFC South before the halfway point of the season.

Additionally, 5-2 with a split of the Titans games would mean the Colts beat one of the AFC West powerhouse teams and would still be in a position to win the division. Talk about momentum heading into the rest of the tough season ahead.

Much of this roster has been along for the slow starts and clawing their way back the rest of the year. Seeing this team be able to play for playoff seeding so early would be scary for the rest of the league.

Playoff football belongs in Lucas Oil Stadium, and I believe it returns this upcoming season.